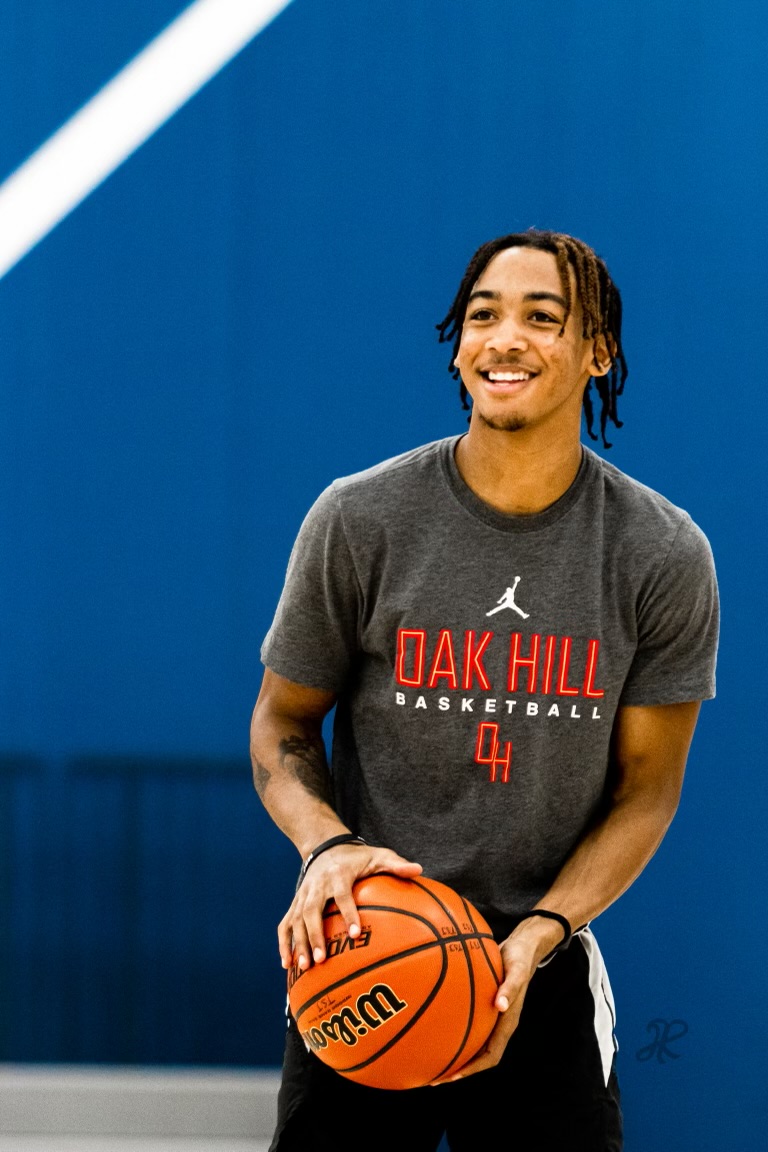 By ADAM ZAGORIA SPRINGFIELD, Mass. — Former Pitt commit Judah Mintz is planning several upcoming visits and eyeing a college decision in the spring. The 6-foot-3 guard from Oak Hill Academy (VA) plans to visit DePaul (Feb. 8-10) and N.C. State (Feb. 17-19). Those schools are making a “strong push” and are “heavily in the mix,” his father Camara said, while Florida is also involved. He also has a Zoom with Wake Forest Sunday (Jan. 30), and is setting one up with Syracuse, his father said.

Judah broke down several of his top options after scoring 22 points and being named MVP as Oak Hill held off La Lumiere (IN), 66-61, at the Hoophall Classic on Saturday. Xavier (which has since gotten a commitment from another guard): “Just being able to come in as a freshman and run the one spot as a point guard, being around guys that already have played on the college level. They want to make a run in the [NCAA] Tournament and they want me to be the point guard moving forward.” DePaul: “Being able to play on and off the ball, being a scoring guard, like I am here. DePaul is kind of the same message, it’s just Xavier is more point guard-specific.” N.C. State: “N.C. State, they want me to score. They have a dude Seaborn now averaging about 20. They’re going to miss him so they want me to come in and be able to score at the guard position.” Florida: “Florida’s in the mix, too. They got a couple commits and they’re trying to figure out who’s coming back and who’s not next year, so they’re a little further down the list but I would consider them, too.” As for a timeline on a decision, Mintz is eyeing the spring around the time of the GEICO Nationals. “Around GEICO, around late-March, April 1,” he said. (This post was updated on Jan. 29) Follow Adam Zagoria on Twitter Follow ZAGSBLOGHoops on Instagram And Like ZAGS on Facebook