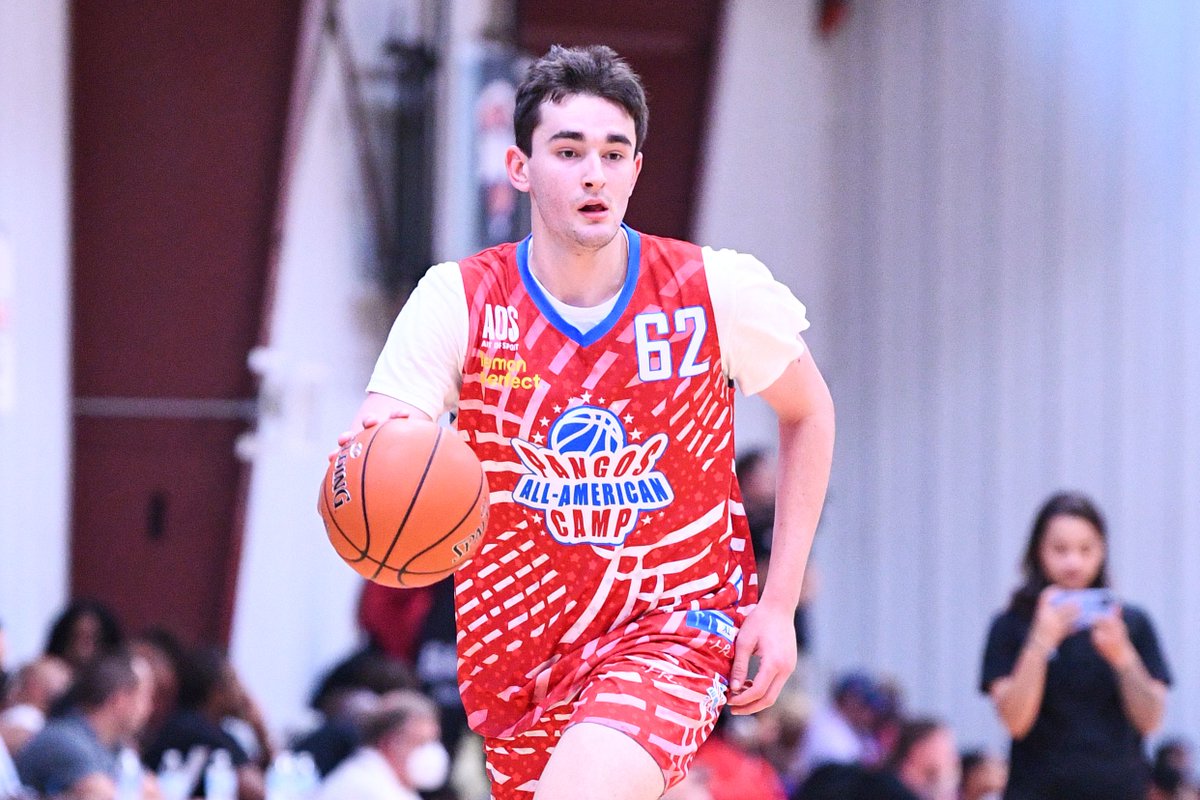 By ADAM ZAGORIA Alex Karaban, the 6-foot-8, 190-pound power forward from IMG Academy (FL) and the Expressions Elite AAU Program, has enrolled at UConn for the second semester, the school announced. Karaban will practice and travel with the Huskies but will not play until the 2022-23 season. He committed in August. “UConn was the spot just because my relationship with coach Hurley and everyone was just amazing,” Karaban told ESPN in August. “They felt like forever type of people. The opportunity I have there, the way they want to use me, staying home and playing for a historic program was so hard for me to pass up. The style of play they want to use me in, the way they develop and get their guys to become pros, like they just did with [2021 lottery pick] James Bouknight.” Karaban chose UConn over offers from Northwestern, Penn State, Boston College, Bryant, Creighton, DePaul, Georgetown, Georgia Tech, Harvard, Indiana, Iowa, Iowa State, LSU, Marquette, Notre Dame, Ohio State, Oklahoma State, U Penn, Providence, Purdue, Stanford, Virginia Tech and Xavier, among others. Ranked by 247Sports.com as the No. 21 power forward and the No. 125 overall prospect in the class of 2022, Karaban joined four-star center Donovan Clingan and four-star shooting guard Corey Floyd Jr. in UConn’s 2022 recruiting class. Floyd Jr. reclassified and is now a red-shirt freshman, as first reported by me over on NJ.com. “They said I’m very different from players they’ve had in the past,” Karaban told ESPN. “They said they realized they need players like me. That was pretty cool — they can change up their style a little bit. I give them more options on what they want to do. “My skill set is just much different, my versatility; I can impact the game many different ways compared to other players they’ve had. They’re excited to use my skill set in a variety of ways.” Follow Adam Zagoria on Twitter Follow ZAGSBLOGHoops on Instagram And Like ZAGS on Facebook