Coach K expects No. 2 Duke to be at full strength for Georgia Tech game on Tuesday | Zagsblog
Follow @adamzagoria 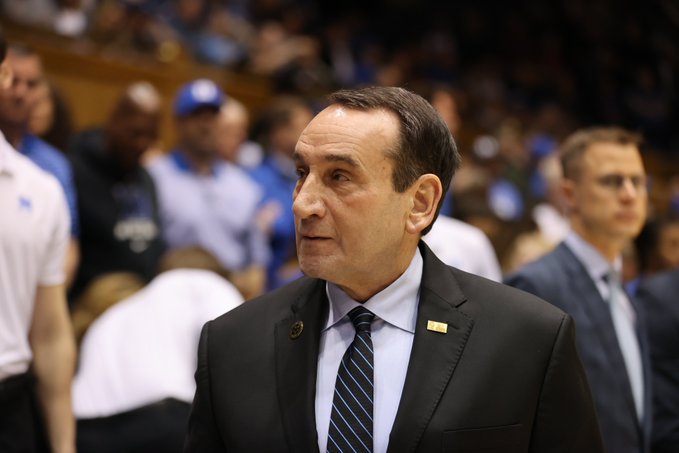 By ADAM ZAGORIA Duke coach Mike Krzyzewski said he expects his team to be at full strength Tuesday night when it returns against Georgia Tech at Cameron Indoor Stadium. “COVID hit our program extremely hard, went through most of our players,” Coach K said Monday on a video call. “[It’s] still finishing up, went through a lot of our staff, including our support staff. “Depending on one test today, we’ll have everybody back. Yesterday we had just about everybody back. It’s really been a difficult time for our program. We’re looking forward to getting back to 100 percent.” He added: “Right now, if everything turns out this morning, we should have everybody back.” No. 2 Duke (11-1) has had two games postponed by COVID and last played in a Dec. 22 win over Virginia Tech. Coach K, in his final season at Duke, said “maybe two coaches” including himself would be at practice today due to COVID issues. “I have to be real careful,” the 74-year-old coach said. “I haven’t had the virus and I can’t afford to be out.” Coach K reiterated he’s in favor of having vaccinated fans in the arena, but also said he wants all ACC teams to be tested and have the results relayed to the opponent. “You have to prove vaccination or a negative test before you come into Cameron, but who knows where all this is going to go,” he said. “It would be good to know if the team you’re playing against has tested,” he added. “We may not do the handshake line, at least for a while.” He added: “I know that people are doing things different. Everyone has a choice but my feeling is that when you have a conference or a group, everyone should be doing the same thing. That’s why you have a conference so you have uniformity in what you’re doing.” Coach K said his team hasn’t been able to do any individual work because the virus “went through just about our whole team.” “We’re not in the shape that we have been in and so it’s going to take time to ramp up,” he said. “We have to be careful in how you ramp up so you don’t binge conditioning and you get injuries that would last far longer than ramping up.” He added: “You just have to handle it, no excuses. Just go and we’ll be ready to play [Tuesday].” Georgia Tech had two games postponed by COVID before losing Sunday to Louisville, 67-64. Georgia Tech coach Josh Pastner said his team planned to play the game. “He’s coming off a time where his team didn’t play either,” Coach K said, “so we’ll both be searching for some answers. “Hopefully nobody coming off these [pauses] gets hurts, that’s the thing that we worry most about.” Follow Adam Zagoria on Twitter Follow ZAGSBLOGHoops on Instagram And Like ZAGS on Facebook