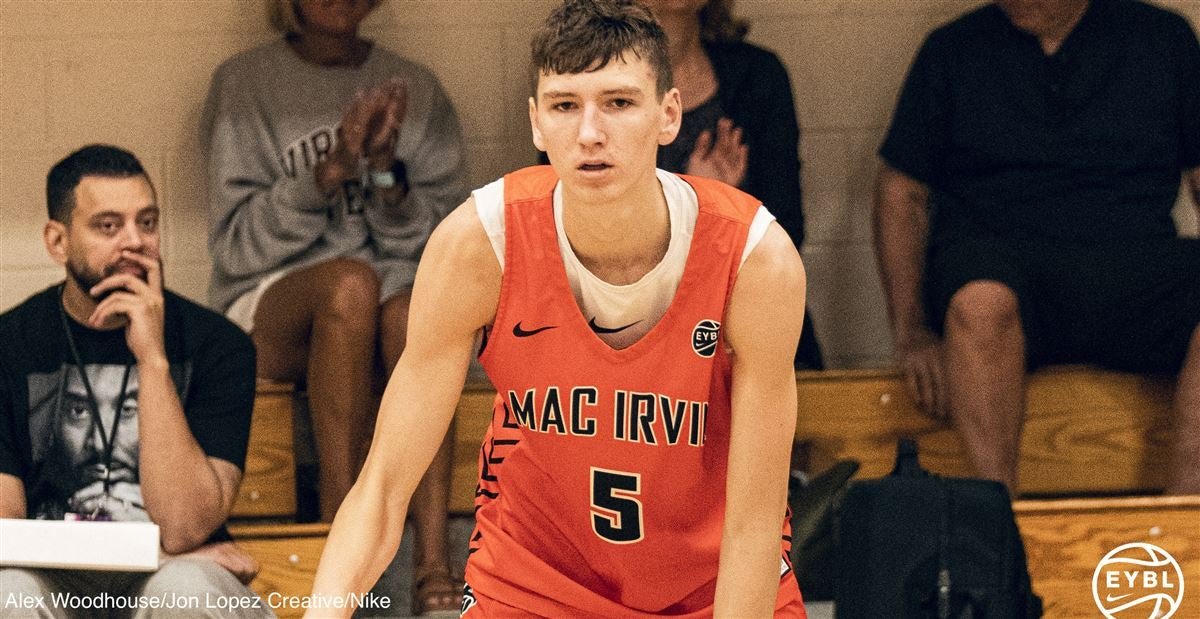 By ADAM ZAGORIA NEW HAVEN, Conn. — Matas Buzelis drew a crowd of high-major coaches Saturday morning at the National Prep Showcase. Kentucky’s John Calipari and Orlando Antigua, Duke’s Jon Scheyer and Nolan Smith and Kansas’ Norm Roberts were among those on hand Saturday to watch the 6-foot-10, 185-pound Class of 2023 small forward from Brewster Academy (N.H.) and his teammate Taylor Bol Bowen. “It shows how talented I am, I guess, but I still have a lot of work to do,” Buzelis said after going for 12 points on 5-of-11 shooting with five rebounds, two blocks and four turns in a 69-63 loss to Fork Union Military (VA). Buzelis, of Lithuanian descent, is ranked the No. 2 small forward in 2023 by 247Sports.com has drawn comparisons to various NBA players, including Dallas Mavericks star Luka Doncic. “Matas is definitely an NBA player – could be like Doncic,” one high-major head coach said. During Saturday’s game, he hit a running floater in the paint, drained an effortless 3 from the top of the arc (while missing 5-of-6) and slammed home an alley oop dunk. Still, he is young, long and lean and wants to continue to develop his body. “I’m trying to get stronger and just having a good consistent jump shot is important for me,” he said. “I’m trying to gain 10-15 pounds this year.” As far as recruiting, he will have his pick of virtually any school out there, though he has yet to pick up a Kentucky offer. So far he has just visited Florida State and Wake Forest, but would like to visit others, including Duke and Kentucky. “I think one thing that stood out to me is the head coach [Scheyer] is talking to me, same with Kentucky, and that shows that they really care,” he said. “I’m looking forward to visiting both of them.” As for Kansas, he said, “I just text them and call them sometimes, I’m just not sure.” The 6-9 Bowen competes against Buzelis every day in practice and said the sky is the limit “Matas is phenomenal,” Bowen said. “The way that we get to push each other and get in the gym with each other every day is second to none. “That’s another reason why I chose to go to Brewster because I knew I was going to get pushed every day to get in the gym and it’s going to bring the best out of me. “We’re trying to get better so when we walk across that graduation stage, where we came in and where we left, it’s going to be two completely different places.” Follow Adam Zagoria on Twitter Follow ZAGSBLOGHoops on Instagram And Like ZAGS on Facebook