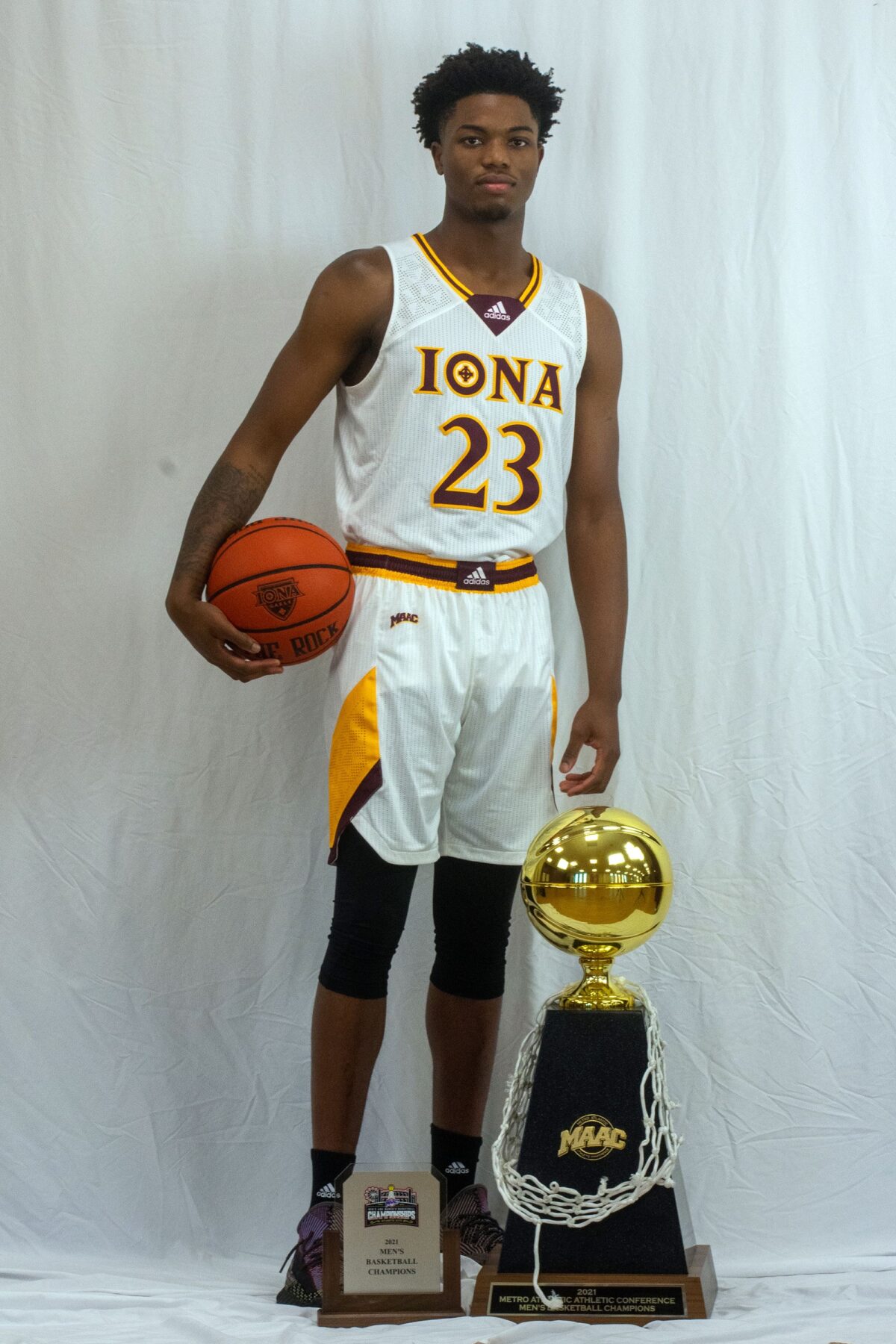 By ADAM ZAGORIA Iona has signed Keither Florence, a 6-foot-6 1/2, 215-pound post-graduate forward from Pro Holmes Sports Academy in Florida. He chose Rick Pitino’s club over South Florida and Bowling Green. “What made me pick Iona was the team relationship, how the coach treats everyone the same and everyone [is] having fun with each other,” he said. “The coach showed strong interest in me and it felt like it was safe and it was a great place. The skill set that I will bring is the ability to jump high and quick and shoot the ball, and being able to score from every spot on the court and finding ways to help other score as well.” Florence joins Sadiku Ayo of Our Savior Lutheran in Iona’s 2022 class. Ayo signed his NLI earlier this week. Iona currently has four graduate students who will exhaust eligibility following this season.

“With Sadiku and Keither, we are bringing in two players that fill the void for our basketball team next season,” said Pitino “We needed shooting… Both players have outstanding jump shots with range. We needed improved athleticism… both players are very quick and explosive athletes.”

“Keither is a player that has a great face up game and is an extremely versatile forward who can play multiple positions,” added Coach Pitino. “We’re super excited them as part of our program. The two young men that we have signed early are as good as it gets.”

Florence is a versatile, two-way performer with good length and athleticism along with a high motor. He has shown consistency in his mid- and outside range while also being proficient in the post with a knack for rebounding.

Early in the 2021-22 campaign, Florence has averaged 24 points and 11 rebounds per contest including a 42-point, 12-rebound effort on Halloween. As a senior in 2020-21, Florence spent time at Colorado Prep in Colorado Springs, Colorado and helped guide his team to a 39-12 overall mark. As a junior in 2019-20, he attended Campus High School in Wichita, where he was a Kansas 6A All-State Honorable Mention honoree. Florence’s Campus HS squad finished the season with a 23-0 record but was unable to compete for a state championship due to the COVID-19 pandemic. That season he also set the Kansas state single-season offensive record and was ranked as the No. 1 power forward in Kansas in the Class of 2021 by PrepHoops.
Said Florida scout Eric Wallace: “After seeing him in person a few times now, Keither is an athletic, versatile 4 man with inside/outside ability. He’s skilled enough to make open shots beyond the arc and is a capable scorer on the block. “I have him rated as a ‘4’ on my report, meaning he is capable of playing high major basketball and is a potential all-league type prospect for a Top 150 ‘mid major’ program.” Follow Adam Zagoria on Twitter Follow ZAGSBLOGHoops on Instagram And Like ZAGS on Facebook