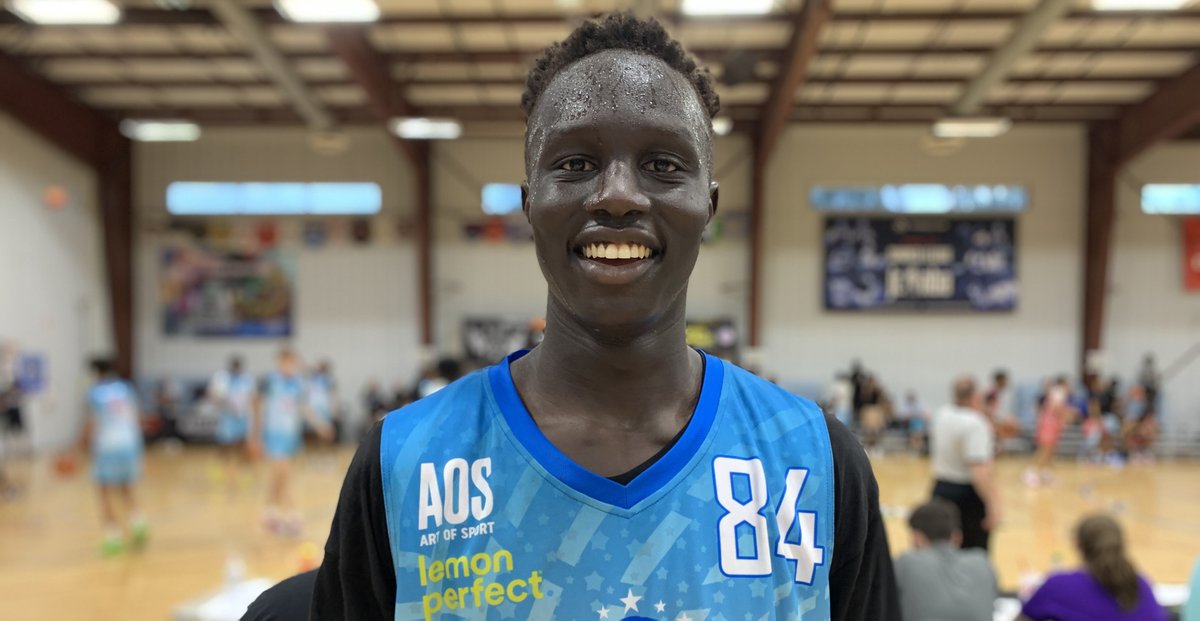 By ADAM ZAGORIA NEW HAVEN, Conn. — Taylor Bol Bowen and his teammates Matas Buzelis drew a Who’s Who of high-major coaches this weekend at the National Prep Showcase. Kentucky’s John Calipari and Orlando Antigua, Duke’s Jon Scheyer and Nolan Smith, UConn’s Dan Hurley, Kimani Young and Luke Murray and Kansas’ Norm Roberts were among those on hand Friday and Saturday to watch the Class of 2023 duo from Brewster Academy (N.H.). Bowen, who runs with Expressions Elite on the Nike EYBL circuit, said he plans to take official visits to Duke, Kansas and Arkansas, but has yet to set up any dates. “Coming from Vermont, it’s always cool to have Kentucky, Duke, Kansas, all those types of schools watching you,” the 6-foot-9, 190-pound Bowen said after posting four points and eight rebounds in a 69-63 loss to Fork Union Saturday morning after Brewster lost to the Montverde (FL) Academy prep team Friday. “It’s a humbling process for sure.” Bowen, who was born in Egypt and grew up in Vermont, said he wants to continue to improve his physical strength. Just a junior, he is still pretty thin and his frame has room for development even as he’s ranked the No. 7 small forward in 2023 by 247Sports.com. He runs like a gazelle and shows good court vision. Early on, he hit a nice turnaround jumper in the paint. Late in the game, he missed 2-of-4 foul shots. “I’m really just trying to become better at everything really,” he said. “I’m just scratching the surface of my game. I think 10 years from now, I think my level will be much better than it is right now.” As far as his recruitment, he listed Duke, UConn, Providence, Kansas and Arkansas among those recruiting him the hardest. He broke down several of them. Duke: “Coach Scheyer offered me and Matas and obviously it’s a big offer for sure, it’s something that I’m very proud of and humbled to receive. Coach Scheyer says that I’ll come in and really just be a piece in the ’23 class and come in and excel and have an opportunity to play.”

Day two of the National Prep Showcase is underway and we have some 👀 in the building! #NPS pic.twitter.com/A2Jv7LsdUZ

Kentucky: “I haven’t really talked to Kentucky as much of late. Kentucky just wants me to come in and be a piece, that’s pretty much it.” He added that Kentucky “has not offered yet,” but he would like to visit “eventually some time.” Kansas: “Norm was the one who offered me when he came to Brewster so I was very excited to see him walk in the gym and I just want Kansas to be a part of my recruitment and it’s blessing to have them a part of my recruitment for sure.” Providence: “Providence just really wants me to come in and play and be a star. In the Big East, my trainer Corey Wright is from Providence, his dad played at Providence. It’s just a lot of love and lot of support at Providence, and I really enjoy and appreciate everything that they’ve done for me so far.” UConn: “Same exact thing as Providence, just come in and play. Obviously, I have my friends going there, Donovan [Clingan] and Alex [Karaban] but that won’t weigh on my decision just because I have friends there. I gotta focus on me and myself and what’s best for me. But I like the message and the love that they’re both showing, for sure.” Arkansas: “I would like to visit Arkansas for sure. Coach Muss [Eric Musselman] has been showing a lot of love and he’s been recruiting me hard.” Going forward, Bowen wants to continue to improve to eventually reach his potential. “My No. 1 thing is just working on getting better right now,” he said. “I feel I’m just scratching the surface.” Follow Adam Zagoria on Twitter Follow ZAGSBLOGHoops on Instagram And Like ZAGS on Facebook