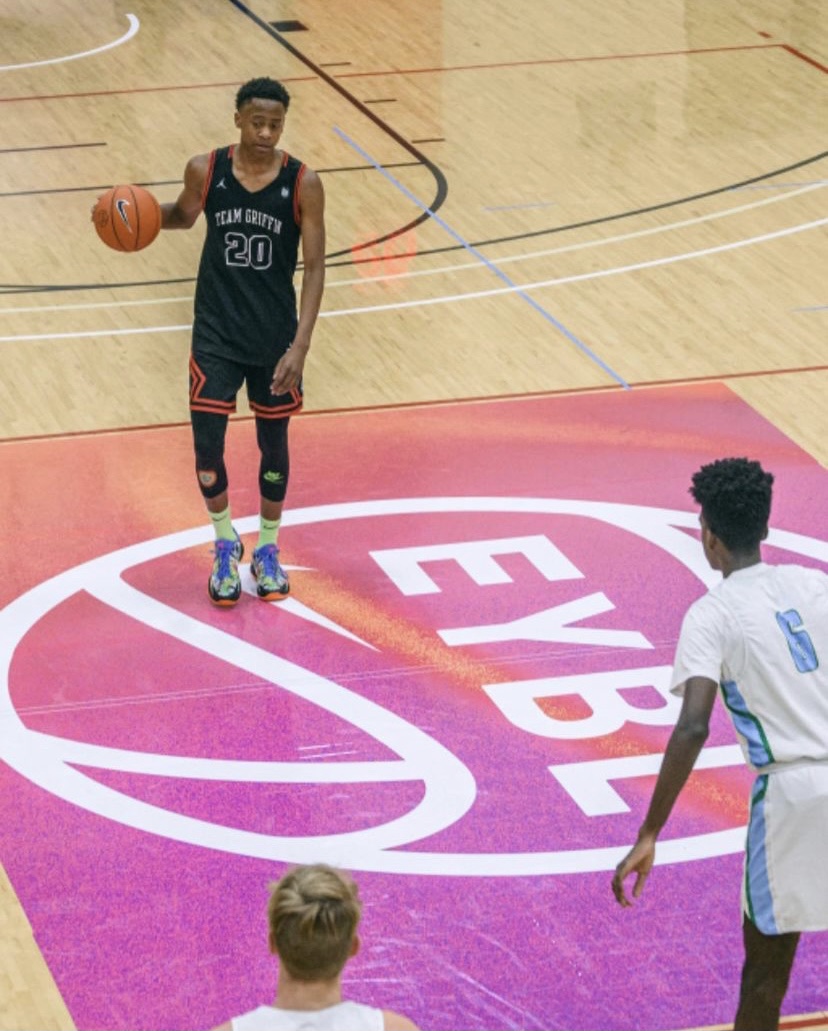 By TOBIAS BASS Following an impressive summer, Tre Johnson, the No. 3 overall prospect in the class of 2024, is hearing from the likes of Houston,Kansas, Arkansas, Ole Miss and UCLA. “I want a coach who gives guards freedom to do the stuff in the game that they work on in the gym,” Johnson said. “I want a fast-paced up-tempo coach, in the program where everyone is striving for the same goal.” Johnson, a 6-foot-5, 180 pound shooting guard from Lake Highlands High School (TX), was dominant on the Nike EYBL Circuit playing for Team Griffin, averaging 15.8 points, 5.0 rebounds and 2.4 assists per game, earning All-EYBL Second Team Honors. Still a year away from being contacted by college coaches directly, Johnson made his first visit to Baylor on August 1. “The basketball facility was good and they also had a great campus a lot of money was put into the school campus,” he said. “They said they would use me to score on and off the ball and use my size to get easy shots and use my length to become a good defensive player.” It’s no surprise to see Baylor heavily involved, as Johnson’s father, Richard, played at Baylor during the 1995-96 season. “He’s my trainer, he works me out everyday,” Johnson said. “Off the court, he just gives me advice and life lessons non basketball related on the court.” Johnson says his father gives him advice on his game, specifically regarding shot selection. Arguably the most explosive scorer in the nation at his age, Johnson is aiming for consistent improvement. “I plan on moving up for sure,” he said. “I’ve been working harder in the gym.” Johnson, 15, was recognized recently, being invited to the Team USA U16 camp after playing up during the live period. “All of my hard work started to pay off it just translated over from what I do in the gym with nobody there to when a defender is there it stayed the same.” Follow Tobias Bass on Twitter Follow Adam Zagoria on Twitter Follow ZAGSBLOGHoops on Instagram And Like ZAGS on Facebook

Class of 2022 forward Chauncey Wiggins cuts his list to five