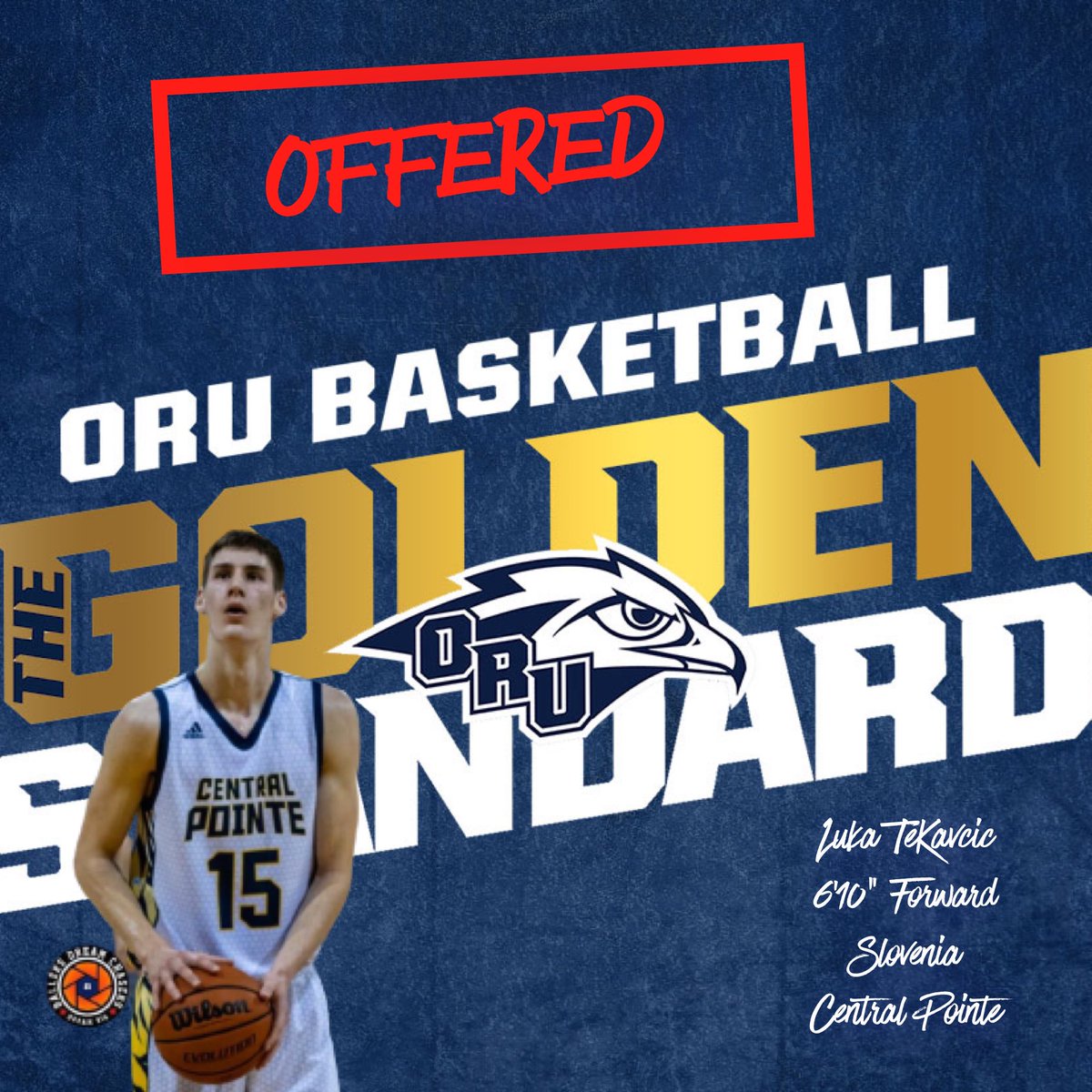 By ZACH SMART Oral Roberts University has received a verbal commitment from 6-foot-10 forward Luka Tekavcic. Out of Central Pointe Christian Academy HS in Kissimmee, Fla., the skilled and versatile Tekavcic is a late pickup for head coach Paul Mills and staff. With NBA 3-point range and the ability to put the ball on the deck like a guard, the Slovenia native brings upside and a unique threat for ORU. Mills’ program recently lost Kevin Obaner, who averaged 23 points and 11 boards during the team’s wild 2021 Sweet Sixteen run. They also returned electrifying, high scoring guard Max Abmas, who tested the NBA waters after leading the nation in scoring during the 2020-2021 season. Tekavcic gives the program depth in the frontcourt. He averaged 11.6 points at Central Pointe this past season, a role player alongside Illinois-signee R.J. Melendez during the White Tigers’ second consecutive Grind Session World Championships berth. Tekavcic is a catch-and-shoot threat that gives them perimeter offense. Defensively, he’s got the length and ability to guard multiple positions. “Luka is a very skilled player, a legit 6-10,” said Richie Delmau, CPCA’s head coach. “A good shooter, good defender, he can block shots and is a very smart team player.” The news comes as former Oral Roberts forward Kevin Obanor is poised to announce for Texas Tech. Follow Zach Smart on Twitter Follow Adam Zagoria on Twitter Follow ZAGSBLOGHoops on Instagram And Like ZAGS on Facebook