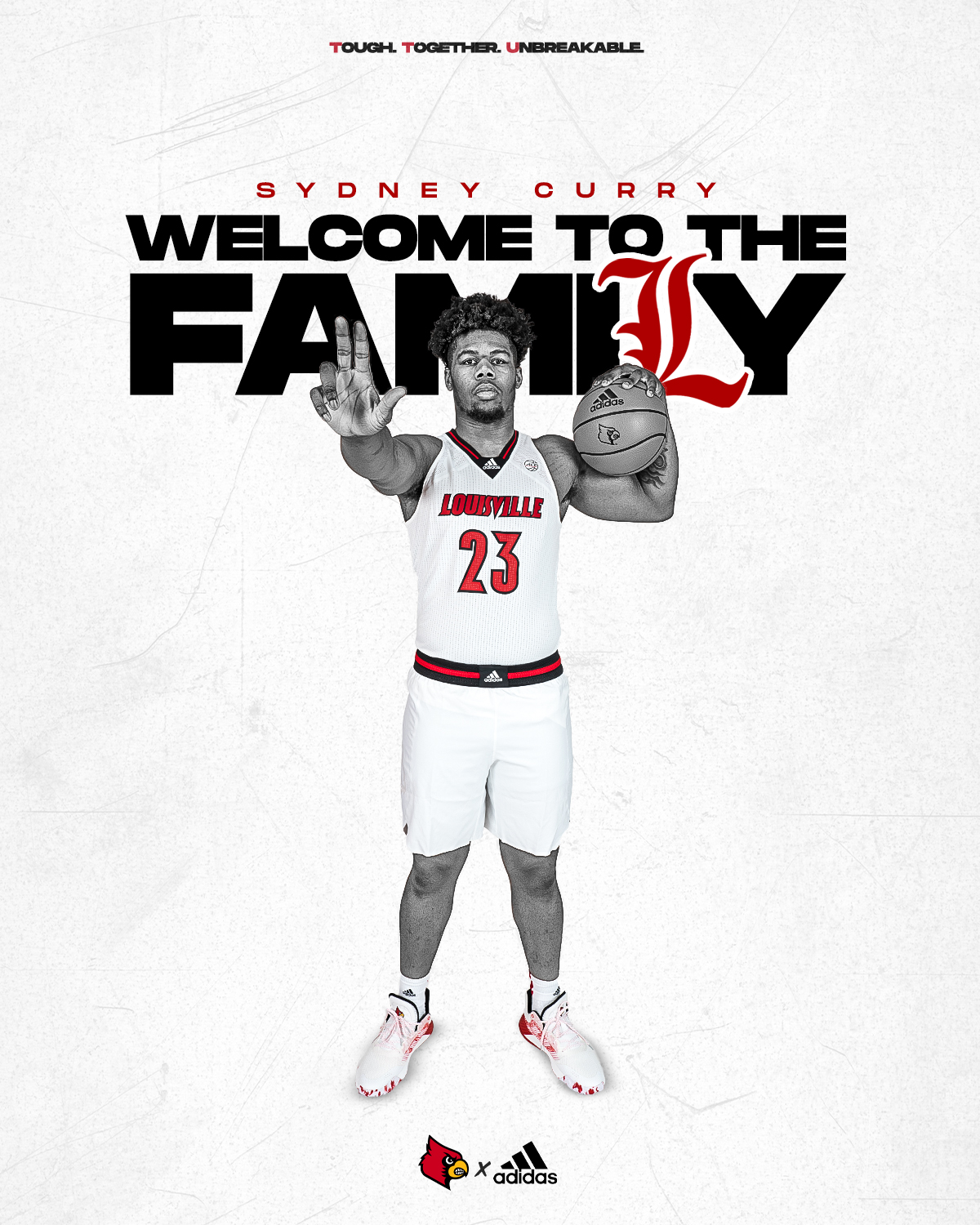 Louisville has landed a pledge from junior college forward Sydney Curry, who initially committed to Kansas last November before re-opening his recruitment. “We are super excited to add Sydney Curry to our roster,” Louisville coach Chris Mack said in a statement. “To add a player of Syd’s ability this late provides a real boost to our front court. He has a unique combination of strength, athleticism and skill. His summer will obviously be condensed, but he’s excited as are we to get him going as a Cardinal.”

Curry was honored as the 2020-21 Great Rivers Athletic Conference Player of the Year when he averaged 12.9 points, 8.2 rebounds and shot 69.4 percent from the field to lead John A. Logan College to an 18-5 record and conference title.  Ranked as the No. 8 junior college prospect in the nation by 247Sports, he is expected to arrive on the UofL campus this weekend.

Curry was a third-team 2021 NJCAA All-America selection in helping John A. Logan to the NJCAA Region 24 championship, a No. 12 ranking in the final NJCAA D1 Poll, and the school’s first appearance in the national tournament in six years.

As a freshman in 2020-21, Curry averaged 13.5 points, 8.3 rebounds and shot 73.9 percent from the field as John A. Logan posted a 28-5 record, a perfect 18-0 conference mark and was ranked eighth in the nation in the final 2019-20 NJCAA poll.  Curry earned recognition as the GRAC Freshman of the Year, was an All-GRAC selection and achieved NJCAA All-Region 24 honors in a year in when the pandemic did not permit a post-season tournament.  He scored a career-high 27 points at Rend Lake College as a freshman and grabbed a season-best 17 rebounds at Land Lake College.

Before his junior college stint, Curry averaged 18.6 points,12.4 rebounds and 1.4 blocked shots per game as a senior at Northrop High School in Ft. Wayne.  He was named to the 2019 Indiana Basketball Coaches Association “Supreme 15” all-state team and was honored as the 2019 ABC21 Boys Basketball Player of the Year.  He led the state of Indiana in offensive rebounds as a senior.

Curry initially signed with Kanas in April before reopening his recruitment.  He had chosen Kansas over Texas A&M, Maryland, Mississippi, Seton Hall and others.

Curry joins an incoming group of six additional newcomers that includes Matt Cross, a 6-7, 225-pound forward from Beverly, Mass., who played his freshman collegiate season this year at the University of Miami (Florida); El Ellis, a 6-3, 175-pound guard from Durham, N.C. and Tallahassee (Fla.) Community College; Mike James, a 6-6, 195-pound guard/forward from Oak Ridge High School in Orlando, Fla.; Noah Locke, a 6-3, 207-pound guard from Baltimore, Md., who played three seasons at the University of Florida; Jarrod West, a 5-11, 180-pound guard from Clarksburg, W.Va., who played four seasons at Marshall University; and Roosevelt Wheeler, a 6-10, 240-pound forward/center from John Marshall High School in Richmond, Va. (Release via Louisville) Follow Adam Zagoria on Twitter Follow ZAGSBLOGHoops on Instagram And Like ZAGS on Facebook