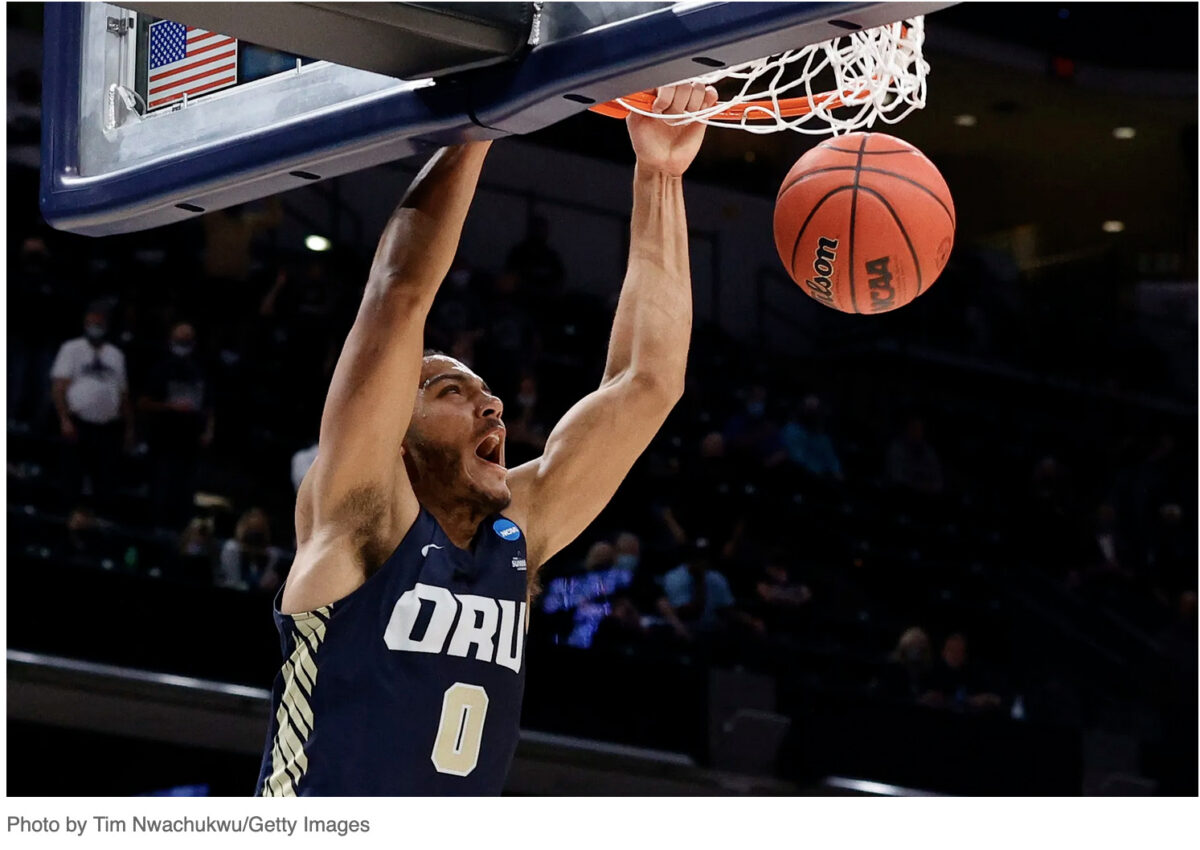 By ADAM ZAGORIA Oral Roberts transfer forward Kevin Obanor is headed to Texas Tech. The 6-foot-8, 225-pound power forward out of Houston made the announcement Friday after it was first reported Thursday by ZAGSBLOG. Obanor most recently listed Texas Tech and Arkansas as his final two schools, but sources had told ZAGSBLOG he wasn’t going to Arkansas. “He’s an ‘old school’ post player with ‘new school’ 3-point range,” ESPN’s Fran Fraschilla told ZAGSBLOG. “He helps prove that Mark Adams may not miss a beat in recruiting.” During the 2020-21 season, Obanor averaged 18.7 points on 50.3 percent shooting from the field and 46.3 percent from three-point range. Obanor was a key piece for Oral Roberts this postseason, averaging 23.3 points and 11.0 rebounds in three NCAA Tournament games as the Golden Eagles became only the second No. 15 seed to ever make the Sweet Sixteen. Obanor’s teammate at ORU, Max Abmas, the nation’s leading scorer last season, recently withdrew his name from the 2021 NBA Draft, electing to return to Oral Roberts. New coach Mark Adams also gets Terrence Shannon, Jr. back after he tested the NBA Draft waters. The program also adds eight new players. This post was updated on July 16. Follow Adam Zagoria on Twitter Follow ZAGSBLOGHoops on Instagram And Like ZAGS on Facebook