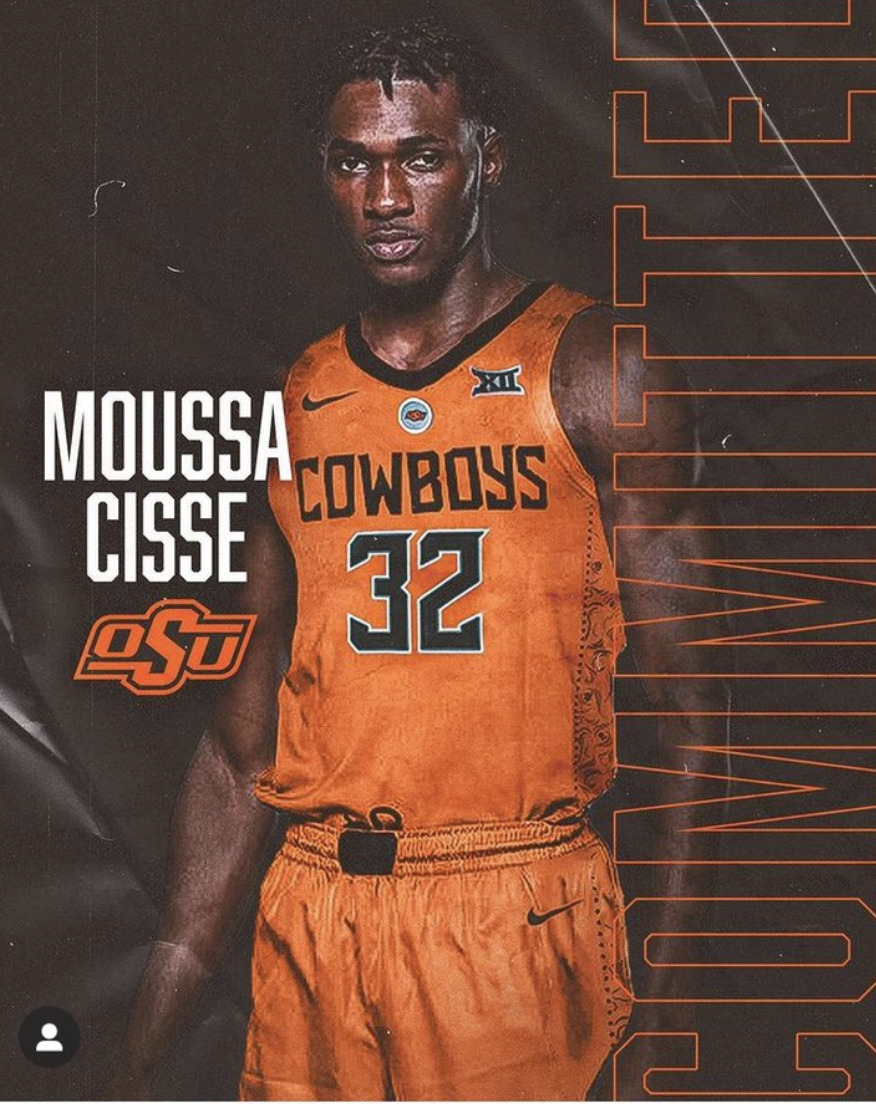 By RYAN McMULLEN Moussa Cisse announced he will be transferring from Memphis to Oklahoma State today. A 6-foot-10 native of Guinea, Cisse ultimately chose the Cowboys over Florida State, Georgia, and Kentucky. “I see what they did with Cade Cunningham,” Cisse told ESPN’s Jonathan Givony. “I had to decide whether to go to the NBA or college. I watched a lot of film and saw the way they developed players. That was attractive to me. Coach Mike Boynton has been talking to me for a while now, trying hard. I can tell that he really likes me, and he can give me a chance to develop my game and take it to the next level.” Cisse averaged 6.6 points on 55% shooting and 6.3 rebounds his lone year at Memphis. Oklahoma state lost Cunningham to the NBA Draft, but returns Avery Anderson III, Isaac Likekele, Kalib Boone and Matthew Alexander-Moncrieffe while adding transfers Bryce Thompson (Kansas), Tyreek Smith (Texas Tech) and Woody Newton (Syracuse). “Our goal is to win the Big 12 conference tournament and the national championship,” Cisse told ESPN. “Last year I didn’t get to go to the NCAA tournament. That’s a big goal of mine. I see all the pieces they’ve got coming back at Oklahoma State. We’re going to be really good. “The coaching staff told me I’m going to keep doing what I do well, but I’m going to be able to get more touches and show I can face up in the post. Coach knows I can shoot a little from midrange. I just need to keep working, develop and help my team win games.” Follow Ryan on Twitter Follow Adam Zagoria on Twitter Follow ZAGSBLOGHoops on Instagram And Like ZAGS on Facebook