After decommitting from Purdue, Class of 2022 guard Jameel Brown has a big summer ahead | Zagsblog
Follow @adamzagoria 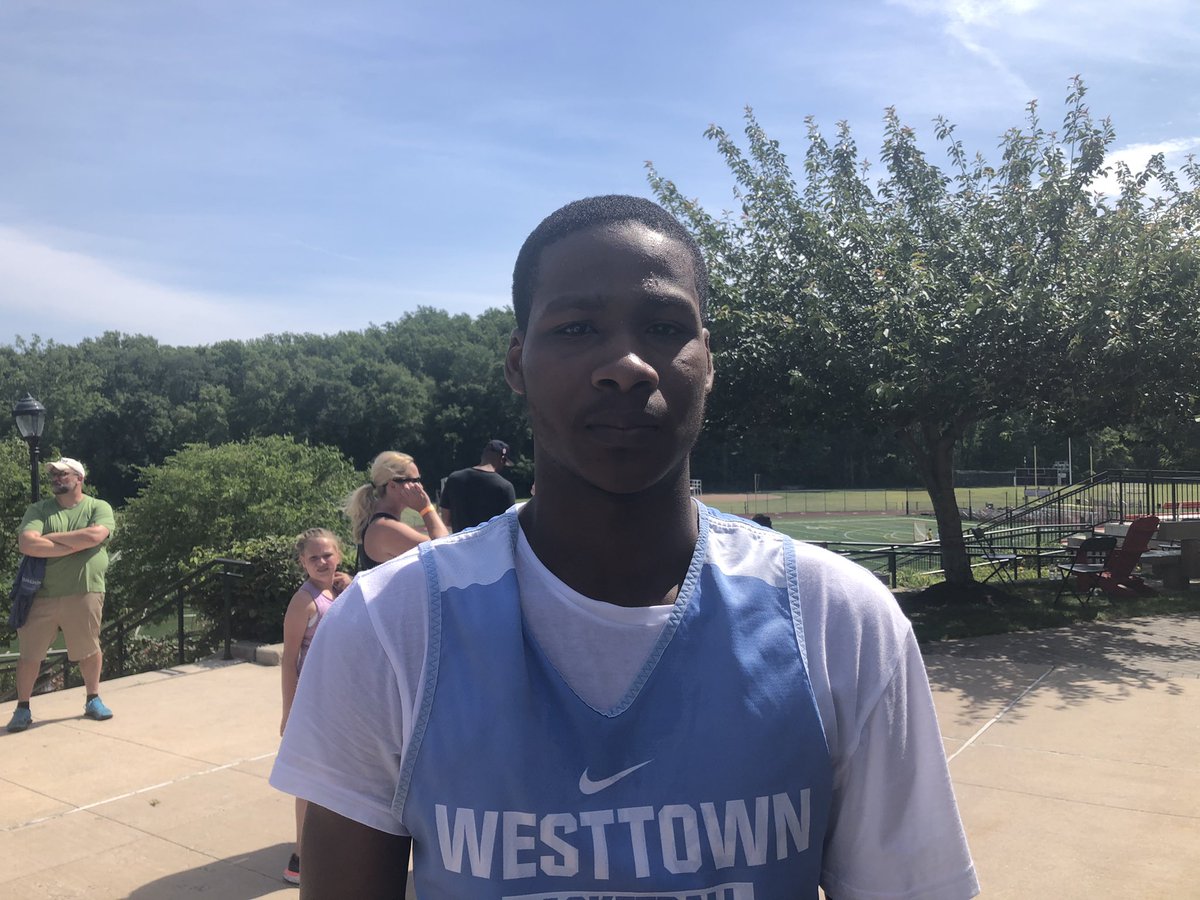 By ADAM ZAGORIA PRINCETON, N.J. — Jameel “Millzie” Brown has a big summer ahead of him. Since decommitting from Purdue in March, he’s been courted by several schools and is taking visits. And he’s also part of a loaded Team Final squad that is eyeing a championship at the Peach Jam next month. The 6-foot-4 Brown combo guard has been opening eyes this weekend at the Mid-Atlantic Shootout at The Hun School, where he has played in front of Notre Dame coach Mike Brey and coaches from Virginia, Minnesota and Penn State. “It’s definitely a blessing after the Covid stuff, I just feel like it’s rejuvenating and refreshing just to get coaches back out there,” Brown said. He has already visited Penn State and will take an official to Minnesota June 29. He plans to visit Notre Dame and Virginia in the fall. He broke down each school: Virginia: “I like how they use their combo guards because I’m a combo guard. They had De’Andre Hunter, he’s from Philly so having that Philly connection is great. They had Kyle Guy and Malcolm Brogdon.” Notre Dame: “I really like the coaching staff there. My friend Elijah Taylor is a freshman there, so he’s out there. I talk to him about the program, I really like Notre Dame.” Minnesota: “They just got a new coaching staff with Coach Ben [Johnson]. They’re just saying that I’ll be the guy coming in and making an instant impact.” Penn State: “Obviously, coach [Micah] Shrewsberry was at Purdue. I have a good relationship with him and Coach [Adam] Fish[er]. I took an official there, and it’s kind of the same as Minnesota, just coming in and making an impact right away. Brown says he’s open to other schools and believes he will get more offers during the summer. He and his Team Final teammates Jalen Duren, Emoni Bates, Dereck Lively, Otega Oweh, Justice Williams and Corey Floyd Jr. and others are looking forward to showing out at Peach Jam. “There’s a lot of media and social media about us and stuff, but we’re really a tight group,” Brown said. “In the hotels, we talk about stuff and we’re really close-knit guys.” As for Peach Jam, it’s championship or bust. “Oh yeah, that’s really the only goal,” he said. “We lost in the U15 finals to Nightrydas our freshman year [in 2019], so that’s always been the goal.” Follow Adam Zagoria on TwitterF ollow ZAGSBLOGHoops on Instagram And Like ZAGS on Facebook