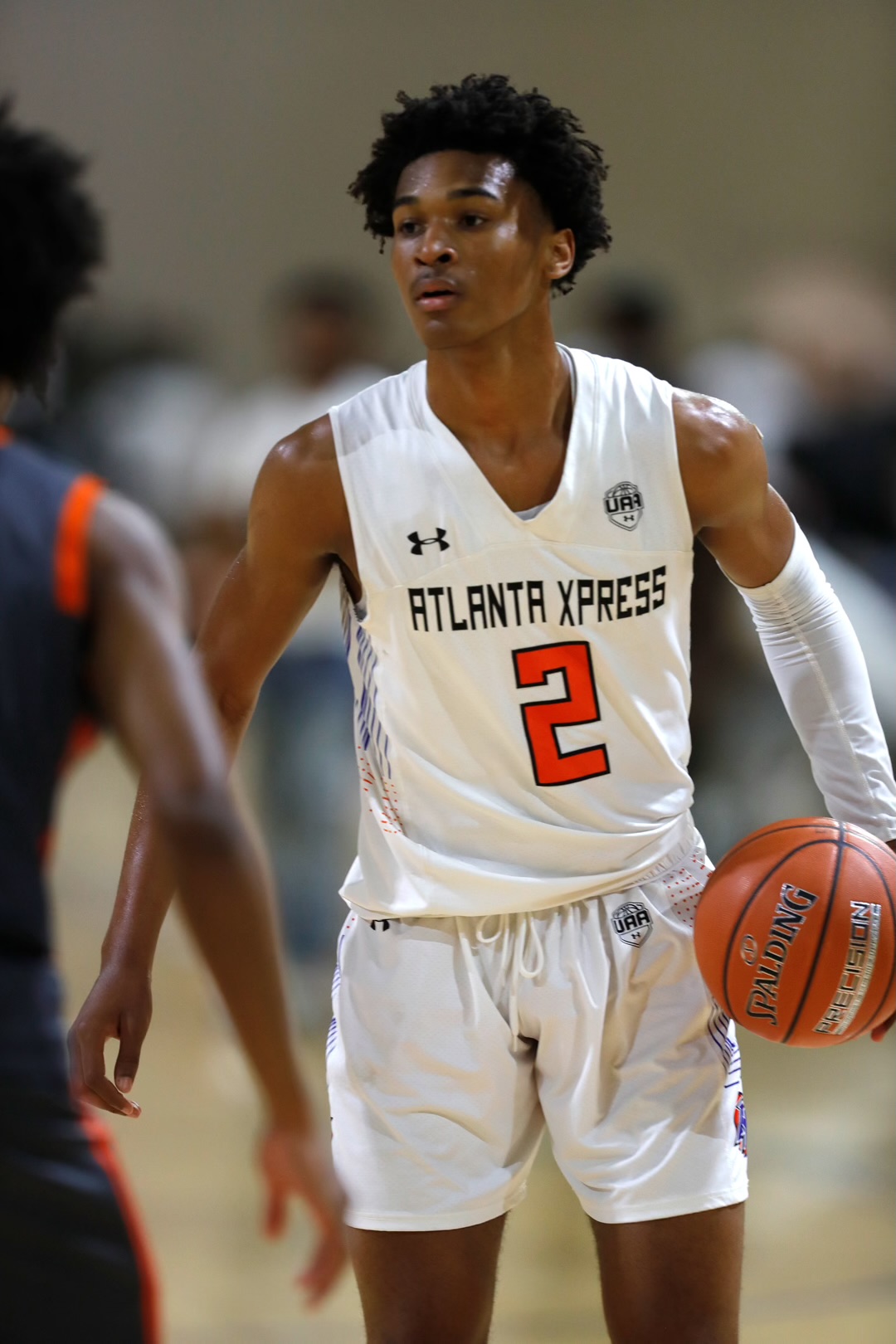 By JACOB POLACHECK The start of the contact period saw many class of 2023 stars pick up plenty of new offers and Newton (GA) guard Stephon Castle was no exception. Within the past week, Castle, a 6-foot-5, 180-pound shooting guard, has received offers from Florida, USF, Seton Hall and UConn. “I just want to go to a school that’s a great program, with great coaching that fits my style of play,” Castle told ZAGSBLOG Saturday. He broke down each school: Florida: “They have a really good program, great coaches and it’s close to home. That’s going to be an option for me.” USF: “It’s the same thing with them. I talked to the coach the other day. He really likes me and my family. Again, it’s close to home and has great coaching.” Seton Hall: “I’ve got family over there. Some of my family members went there. The coaches used to play with my dad. We’re all real close.” UConn: “Coach Kimani Young played AAU with my dad. I talked to him before he even got the job at UConn. We’ve been family. That’s definitely going to be an option for me, too.” Despite his new offers, Castle says that Georgia and Auburn are the two schools he hears from the most. Georgia: “It’s my home state, so of course I’m going to look into it. They always talk to me about guard play. They love my game. They run a guard-heavy style of play. They always pitch that to me when they say they want me to come there.” Auburn: “I’ve been talking to coach [Bruce] Pearl for a long time. That was my second offer. Again, it’s close to home. At the beginning of June, we played there and I talked to him, had dinner with him and his family. They’re really nice people.” Castle has already locked a visit for the end of this month. “I’m going to Georgia on June 29,” Castle said. “I’m not sure if it’s going to be an unofficial or an official.” In addition to Georgia, Castle says he’s also looking to visit Ole Miss in the near future. “They really like my game,” Castle said of the Rebels. “They talk to my family. They’re also in the SEC, so they’re close to home. I should be going up there on a visit in not too long.” Although he’s yet to receive an offer, Castle has also recently picked up interest from the University of Kentucky, with assistant coach Orlando Antigua reaching out. “They haven’t really even talked about basketball yet. That’s the funny thing,” he said. “When I talk to them, they talk about schoolwork and my grades. They’re trying to make sure that comes first before anything basketball related.” Ranked by 247Sports.com as the No. 7 shooting guard and No. 35 overall prospect in the class of 2023, Castle can guard four positions on defense and sees the floor well on offense. “I’m more of a team player, but I can score when I want to,” Castle said. “I like to get my teammates involved. I play defense, I rebound and I’m just an all-around point guard.” This summer, Castle is focused on improving his athleticism, while showcasing his defensive efforts. “Coaches know I can score, but not a lot of coaches know I can play on both sides,” he said. “I’m showing my defense a lot.” Follow Jacob Polacheck on Twitter Follow Adam Zagoria on Twitter Follow ZAGSBLOGHoops on Instagram And Like ZAGS on Facebook