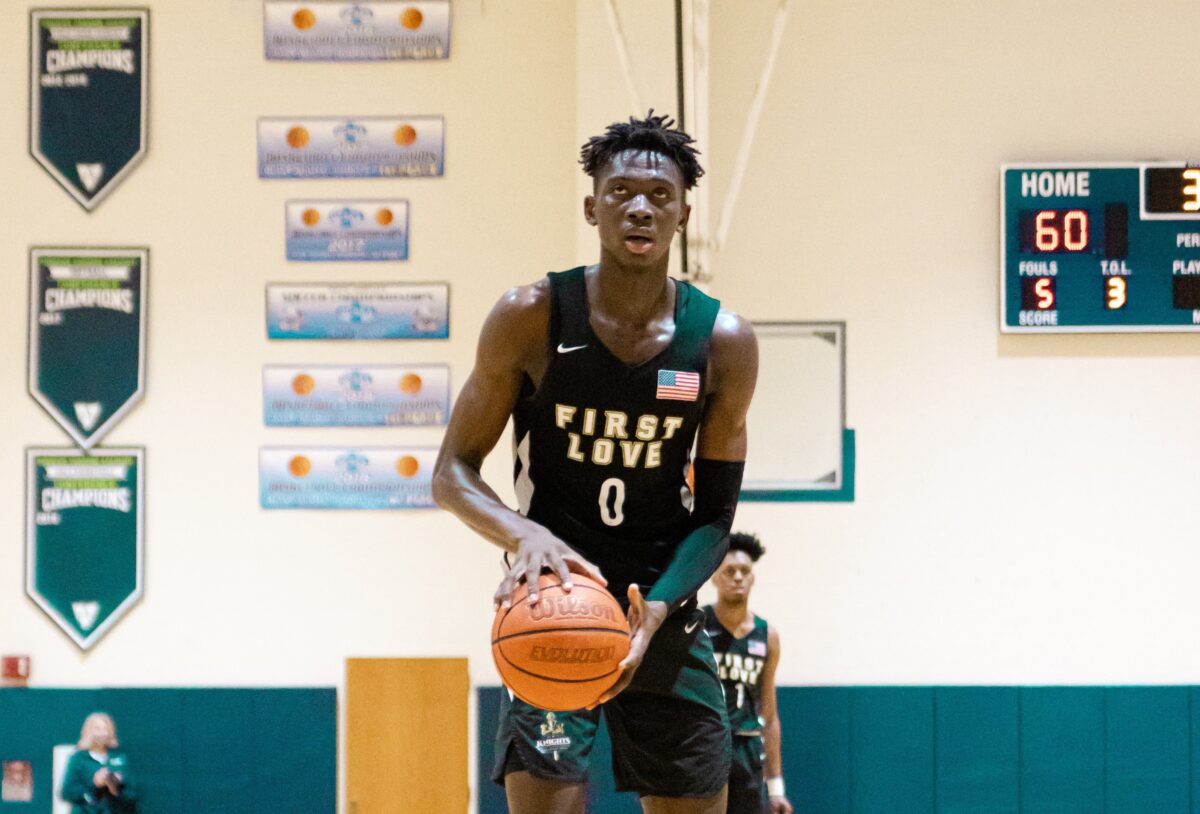 By ZACH SMART Fray Nguimbi launched himself off the ground quickly, levitated above the rim with eyes burning, and crunched home an extravagant putback dunk. The wild sequence, which took place a year and a half ago at the All American Jamboree in Tavares, Fla., sent the gym into a frenzy. Nguimbi, then at West Oaks (FL) and now at First Love Academy (PA) was just a 15-year-old sophomore at the time. This memorable, thunderous eruption instantly drew some early attention to him at the memorable pre-season event. Dazzling displays of athleticism have become the norm for Ngumbi, a 6-foot-9, 195-pound Class of 2022 product with springboard bounce and a fluid rim to rim athleticism. Nguimbi is one of several intriguing unsigned high major prospects in this weekend’s Philly Live event, which returns after a one year hiatus. The exposure heavy event features high school teams and talent all across the eastern seaboard.  Nguimbi holds offers from the likes of Dayton, Alabama, Pittsburgh, South Florida, Iowa State, Rutgers, and a barrage of others.  With his length and wingspan, Nguimbi is able to guard multiple positions and really defend the rim and manipulate shot attempts. He’s got a fleet of foot that’s rare for his size, a facet which enables him to finish above the rim and with a full head of steam in transition.  Nguimbi narrowly missed a double double with 13 points and nine rebounds at national power Oak Hill Academy as a sophomore , scoring 13 points and pulling down nine rebounds. He was a major presence in helping the West Oaks upset Oak Hill two seasons ago, giving them their first home loss in 136 games.  Nguimbi’s First Love Christian program, out of Washington, Pa., features in the vicinity of eight Division 1 bound players.  High octane point guard Mason Manning, in the Class of 2022, holds offers from Baylor, LSU, Illinois, Georgia Tech, and myriad others.  Follow Zach Smart on Twitter Follow Adam Zagoria on Twitter And Like ZAGS on Facebook