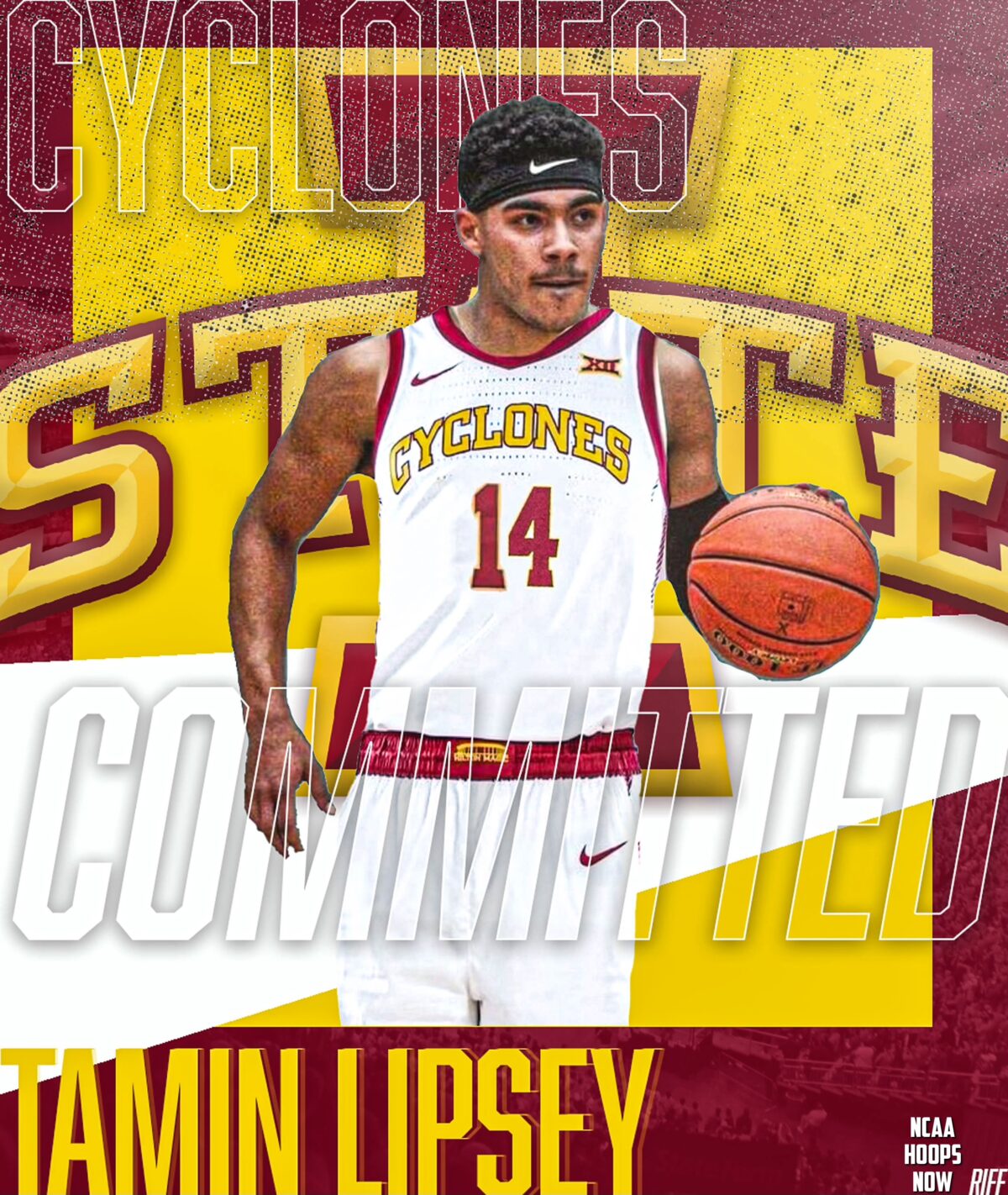 By RYAN McMULLEN Tamin Lipsey, the 6-foot-2 point guard from Ames (IA) and D1 Minnesota AAU, told ZAGSBLOG he has committed to Iowa State. Lipsey broke down his commitment. “I just have built a great relationship with the coaching staff, and it just feels like home. I’m from here too so that had an impact.” He also talked about Iowa State with ZAGSBLOG in June. “They’ve always had pretty good point guards. Their latest great point guards were Tyrese Haliburton, who’s going to be in the draft this year and Monte Morris, who’s on the Denver Nuggets. I really looked up to them and Iowa State always seems to have those good point guards which is my position, so that’s their main pitch really for me.” He chose Iowa State over Illinois, Iowa, Marquette, Michigan, Minnesota, and Nebraska. Lipsey won a gold medal in the 2019 FIBA Americas U16 Championship playing for Team USA. “Just to get that opportunity to play for your country and represent the USA was an amazing experience,” Lipsey said. “At USA they teach you so many things about basketball but also off the court things. Just going down to compete against all those great players and making the team meant a lot. The feeling of winning the gold medal and listening to our national anthem is something I will never forget.” On the basketball court this season, Lipsey averaged 16.3 points, 5 assists, and 4.2 rebounds. “Tamin is a terrific player who’s unselfish and is a team first kid,” said Vance Downs, the head coach of Ames basketball. He’s an elite passer and defender that is a more than a capable scorer. Would liken his game to a mix of Chris Paul and Tony Parker.” Lipsey is also the starting quarterback for Ames. In his senior season he rushed for a single game school record of 397 yards and also scored four touchdowns in the game. 247Sports ranks Lipsey as the No. 172 best prospect in 2022 and the No. 1 player in Iowa. Follow Ryan on Twitter Follow Adam Zagoria on Twitter Follow ZAGSBLOGHoops on Instagram And Like ZAGS on Facebook