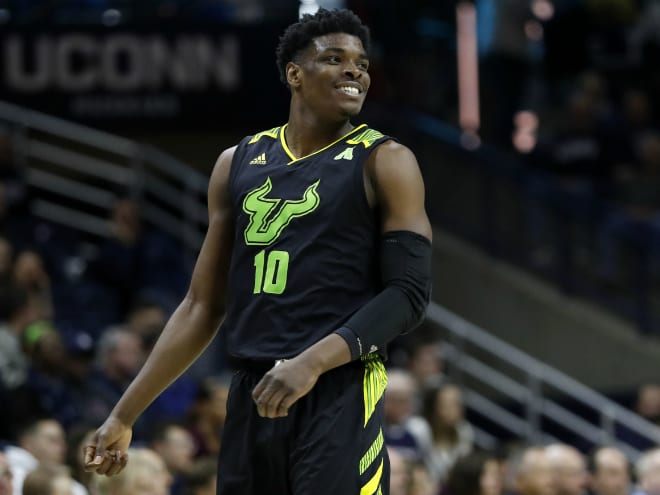 By RYAN McMULLEN & ADAM ZAGORIA After landing a commitment April 7 from South Florida transfer Alexis Yetna, Seton Hall made it official on April 14. The 6-foot-8 junior averaged 9.5 points and 7.3 rebounds this past season and 12.3 points and 9.5 rebounds in his freshman year at USF. “We are excited to welcome Alexis to the Seton Hall Family,” Pirates coach Kevin Willard said. “He is a great addition to our frontcourt; he’s physical, crafty and a ferocious rebounder. He has tremendous touch around the rim, but is also capable of shooting from the perimeter. We think he’s a perfect fit for our system, and we’re looking forward to helping him continue his development here at Seton Hall.” Yetna also considered Oregon, Arkansas and Miami. “The reason why I picked Seton Hall is because of the relationship I built with the coaches,” he said. “I like the plan and project they got in place and I really feel like this with all talent there plus me [we] could be a very dangerous to play against. I think this is the place where I can reach another level.’ He added: “My strength primarily is rebounding. What makes me different is my how versatile I am. I can bang inside, I can also step out and shoot the 3. I can play-make for others and guard different positions on defense.” Seton Hall also officially signed American University transfer Jamir Harris and landed Syracuse transfer Kadary Richmond. Myles Cale will also return for a fifth season, giving the Pirates a slew of talented guards and wings in Harris, Richmond, Cale, Jared Rhoden and freshman Brandon Weston. Follow Ryan on Twitter Follow Adam Zagoria on Twitter Follow ZAGSBLOGHoops on Instagram And Like ZAGS on Facebook