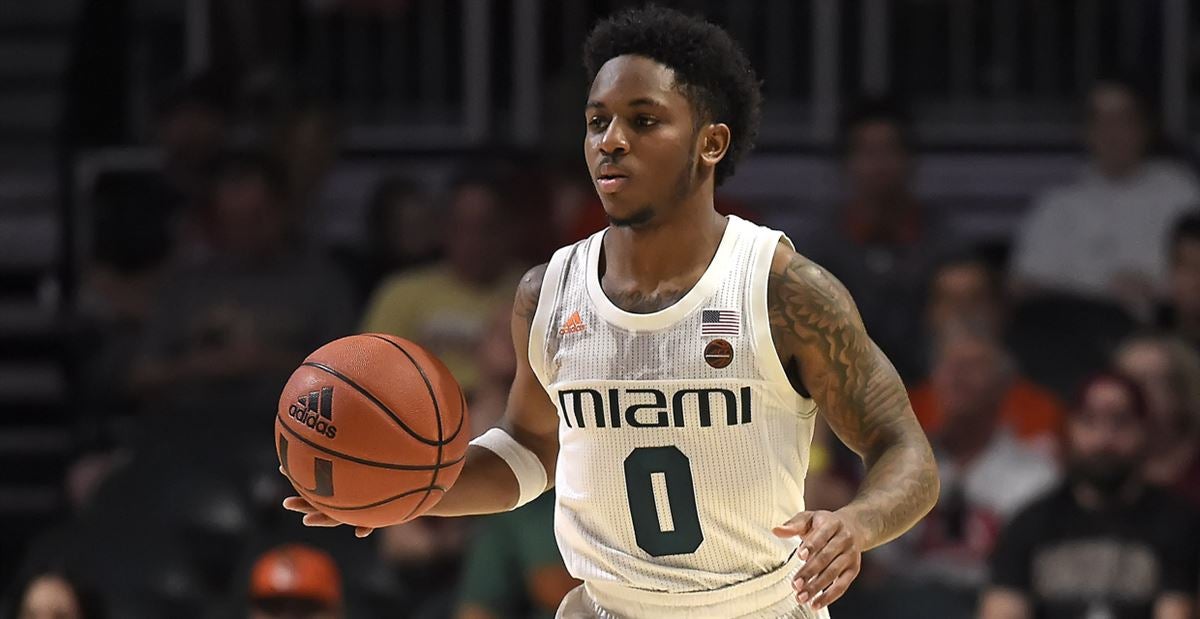 By ADAM ZAGORIA Arkansas coach Eric Musselman loves to build through the transfer portal, and this year is no exception. Arkansas on Wednesday landed a pledge from Miami transfer Chris Lykes, who chose the Razorbacks over Southern Cal. The 5-foot-7 senior guard averaged 15.5 points, 5.5 assists and 4.0 rebounds last season for the Hurricanes. “I will be going to Arkansas to play for coach Muss,” Lykes told ZAGSBLOG before his public announcement. “Honestly the love shown from the staff after entering the portal was unmatched. They showed me exactly where I would fit in, what they expect of me and also where they can help me improve. Earl Boykins is also on staff and I shouldn’t have to explain why that’s huge for me. I told coach I’m a great recruiter so if he needs me to I will.” Lykes scored scored 2,266 points at Gonzaga High School in Washington, D.C, earning Washington Catholic Athletic Conference player of the year honors as a junior and senior. His commitment comes about a week after Musselman added another former ACC player in Pitt transfer guard Au’diese Toney, who chose Arkansas over Texas A&M, Missouri, Georgia, Tennessee, Arizona, Providence, Vanderbilt, Connecticut, Wisconsin and Iowa State, among others. Arkansas is also involved for Oregon transfer Chandler Lawson and was slated to have a Zoom call with him Wednesday. The 6-8 Lawson averaged 4.4 points and 3.0 rebounds as a sophomore this past season. Follow Adam Zagoria on Twitter Follow ZAGSBLOGHoops on Instagram And Like ZAGS on Facebook