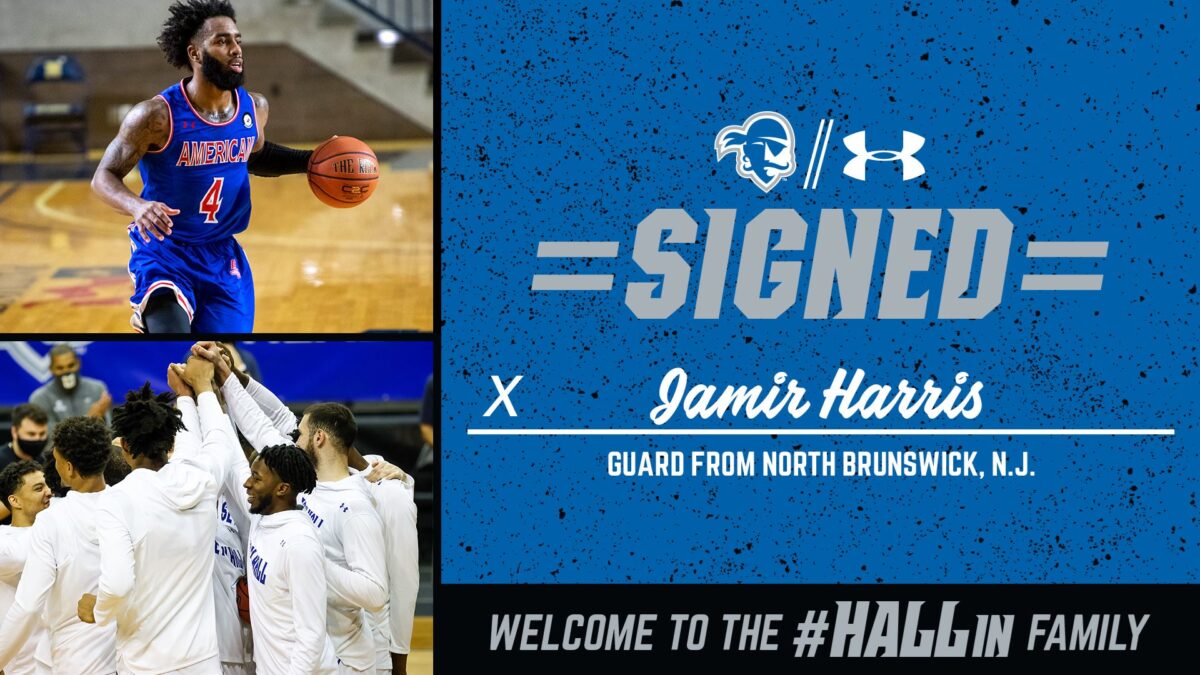 By RYAN McMULLEN & ADAM ZAGORIA American University transfer Jamir Harris has officially signed with Seton Hall, while Myles Cale announced he will return for a fifth year under the NCAA Covid waiver. The 6-foot-2 Harris is point guard is from North Brunswick (N.J.) who went to The Patrick School, and is excited to return home. Jamir’s brother, Jaquan Harris, also recently committed to Seton Hall. He is currently in the class of 2022 and plans to join them for the 2022-2023 season. “We are really excited about adding Jamir Harris to our Seton Hall Family,” head coach Kevin Willard said. “He is a winner, and he makes everyone around him better. He is extremely competitive, very skilled and has the ability to create his own shot and create for his teammates. We’re especially excited to bring in another alumnus of The Patrick School, where Jamir had a very successful career. We’re excited to see Jamir continue to develop here in a Seton Hall uniform.” Harris is coming off a terrific year where he averaged 20.5 points, 3.5 assists, and 2.8 rebounds. He was named to first-team All-Patriot League. He led the country in three point makes per game at 3.9 along with the most minutes averaged of 38.9. The 6-6 Cale, meantime, will return for a fifth season to bring veteran leadership to the team. He averaged 11.6 points and 3.6 rebounds for the Pirates as they finished 14-13 and lost in the Big East Tournament semifinals to Georgetown. The Pirates return several other key pieces including junior wing Jared Rhoden, sophomore big man Ike Obiagu and sophomore forward Tyrese Samuel. Their three-man recruiting class includes point guard Ryan Conway, wing Brandon Weston and small forward Tyler Powell. Follow Ryan on Twitter Follow Adam Zagoria on Twitter Follow ZAGSBLOGHoops on Instagram And Like ZAGS on Facebook