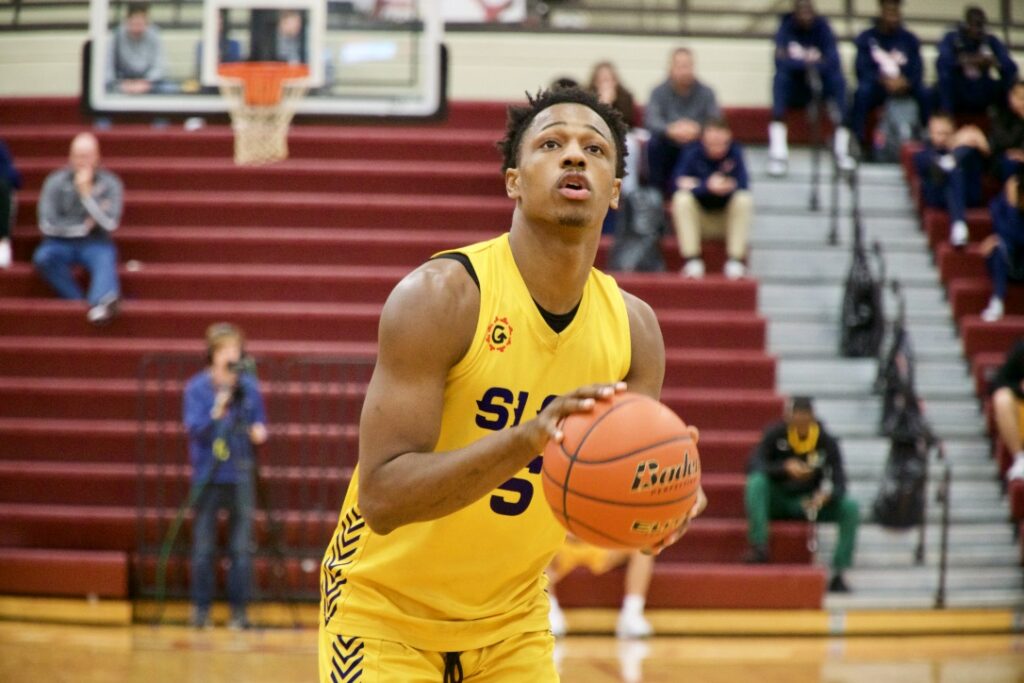 By RYAN McMULLEN Memphis transfer Jordan Nesbitt has elected to come home and play for St. Louis. Nesbitt went to St. Louis Christian Academy but enrolled mid-year to Memphis. Nesbitt saw limited playing time as he played in only three games for a total of 12 minutes. Coming out of high school, 247Sports ranked him as the No. 48 prospect and the No. 2 player from Missouri. In high school, Nesbitt played for Brad Beal Elite AAU. His head coach Timothy Holloway spoke with ZAGSBLOG in October. “I think [Nesbitt] is a super-versatile kid that’s going to bring a lot to the table,” Holloway said. “If you’ve seen him play or played against him, he can just do so many different things. And I’m proud of him because he developed that. “He’s always been athletically gifted but over the past couple years he’s really worked on his shot. His catch-and-shoot ability has really improved. He can get downhill with the best of them with his strength. He’s really worked on his counter-move and the counter to the counter-move which nowadays you really need as a wing. “I’m really excited about him defensively with his grit and strength and his ability to guard multiple positions and I told him. That’s what’s going to keep him on the court because when the shot’s not falling or you’re not making plays, that’s going to happen to everyone. The fact that he can defend and rebound at a high level is going to keep him on the court.” Holloway said Nesbitt “definitely has NBA potential and I think that he’s shown that he’s a coachable kid. It’s going to all fall on his shoulders with how much work does he put in. I just want him to have a successful career.” Follow Ryan on Twitter Follow Adam Zagoria on Twitter Follow ZAGSBLOGHoops on Instagram And Like ZAGS on Facebook