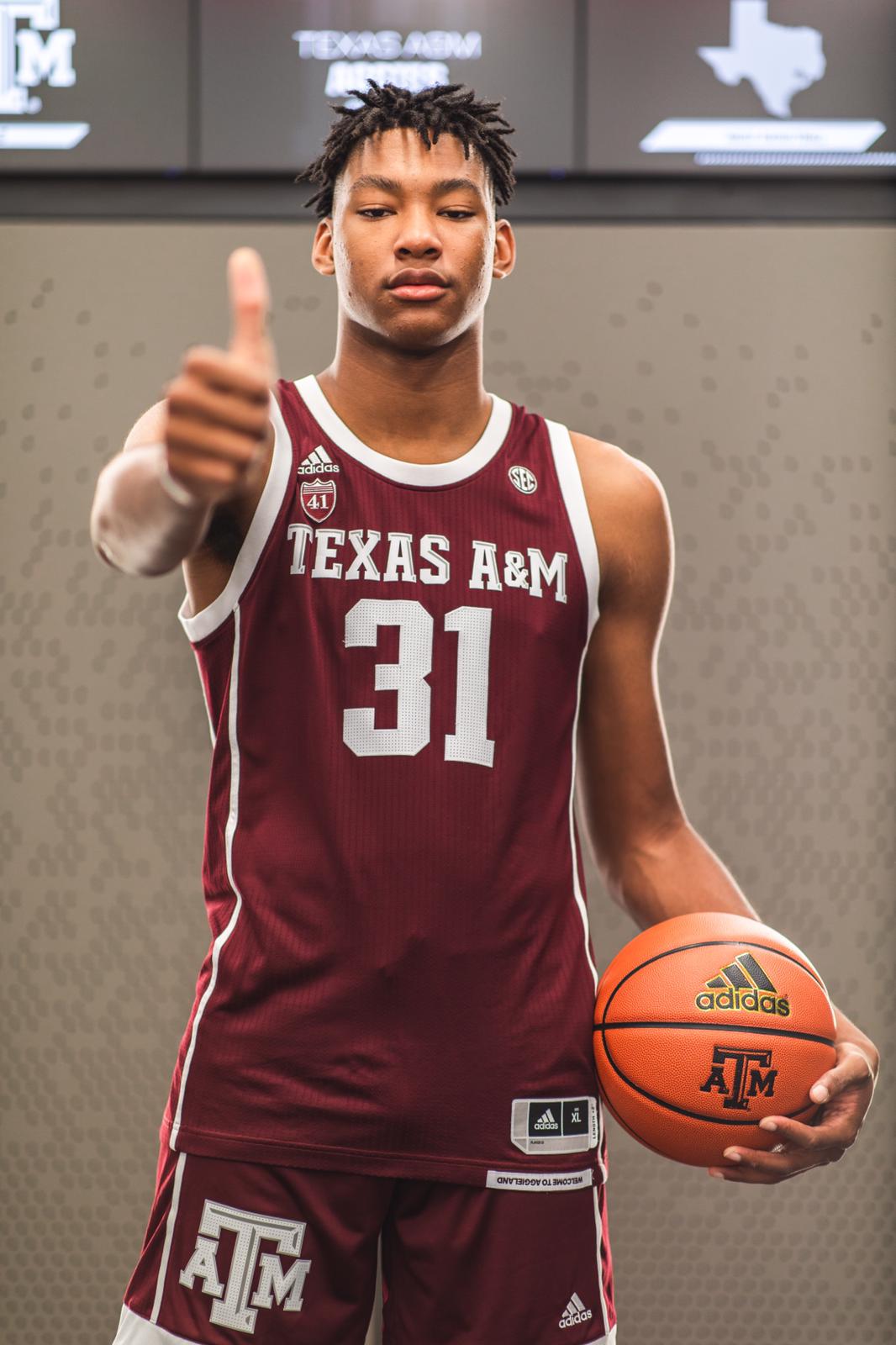 By ADAM ZAGORIA Javonte Brown-Ferguson is on the move from UConn to Texas A&M. The 7-foot, 250-pound Canadian freshman has committed to the Aggies and will enroll for the second semester, he told ZAGSBLOG Friday ahead of his public announcement. Texas A&M will attempt to get him a waiver to play immediately, but he likely won’t suit up until the 2021-22 season, when he will still be a freshman. He heads to College Station on Tuesday. “What made me pick them was the strong connection that me and coach Buzz [Williams] and the rest of the coaching staff had from when they were recruiting me in high school and the little short period of time that they recruited me during the transfer period,” he said by phone from his home in Toronto. He added: “I’m going to be bringing them defense, shot-blocking, post defense, post scoring, IQ, passing, motor, energy, plays above the rim.” Brown-Ferguson initially pledged to UConn over Texas A&M and Kansas in November 2019. Due to a crowded frontcourt at UConn combined with Brown-Ferguson’s youth and raw talent, he s played in just two games, tallying two points and one rebound for the No. 25 Huskies. Still, he feels practicing with the Huskies made him better during this short period. “Yes because I truly believe there’s no other team in the nation that practices like UConn because literally every practice was a hard, intense practice,” he said. UConn also has three senior bigs who could return next season due to the new NCAA rule in Josh Carlton, Isaiah Whaley and Tyler Polley. “Due to the new rule that the NCAA put out for the seniors being able to come back, I didn’t think it was the best situation for me development-wise and play-time-wise because we have three seniors, two play my position and we have one that plays the four, so realistically that wouldn’t be the best situation for me if they come back,” he said. “I’m not 100 sure that they’re coming back, but they possibly could come back.” UConn also on Thursday landed a pledge from Class of 2022 Roselle (N.J.) Catholic guard Corey Floyd Jr. Brown-Ferguson, meantime, gets a new lease on life under Buzz Williams and his staff. Follow Adam Zagoria on Twitter Follow ZAGSBLOGHoops on Instagram And Like ZAGS on Facebook