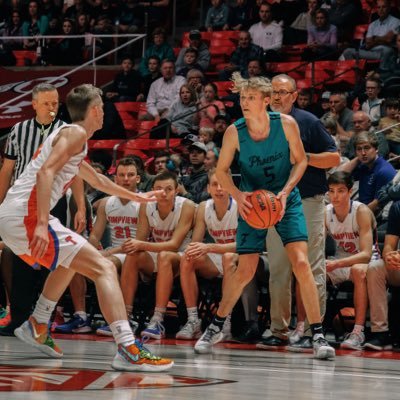 BY JAKE LIEBERMAN Collin Chandler, the 6-foot-4, 170-pound point guard from Farmington (UT) High School, says that Utah, Stanford, BYU, Oregon and Dixie State are making him a priority. He broke down each school for ZAGSBLOG Wednesday: Utah: “They show a lot of interest and I’ve formed a really good relationship with their coaching staff. Like all the programs that have recruited me, they do a good job of making it clear to me what they are going to do to make me the best player I can be.” Stanford: “They have been keeping in good contact with me in sending me film about their games such as ‘winning plays’. Obviously, the Stanford education is a big recruitment piece as well.” BYU: “The Cougars have built a really good relationship with me as well and have produced and had a lot of great shooters come through their program and they run a lot of offense with shooting 1-5. with the Utah schools they are also close to home as well.” Oregon: “I have created a good relationship with [Kevin] McKenna. They keep in really good contact. He has provided some good shooting drills for me to work on as well. Also, they’re in the Pac-12.” Dixie State: “They were the first ones the offer me which means a lot. Being in the state too is nice. They also recruit the best players in the state.” Ranked by 247Sports.com as the No. 12 combo guard and No. 80 overall prospect in the Class of 2022, Chandler says he will wait until senior year to make a college decision. “I feel like I am really strong at getting past my guy into the heart of the defense,” he said. “I’m creative at scoring or getting my teammates a bucket.” Follow Jake Lieberman on Twitter Follow Adam Zagoria on Twitter Follow ZAGSBLOGHoops on Instagram And Like ZAGS on Facebook