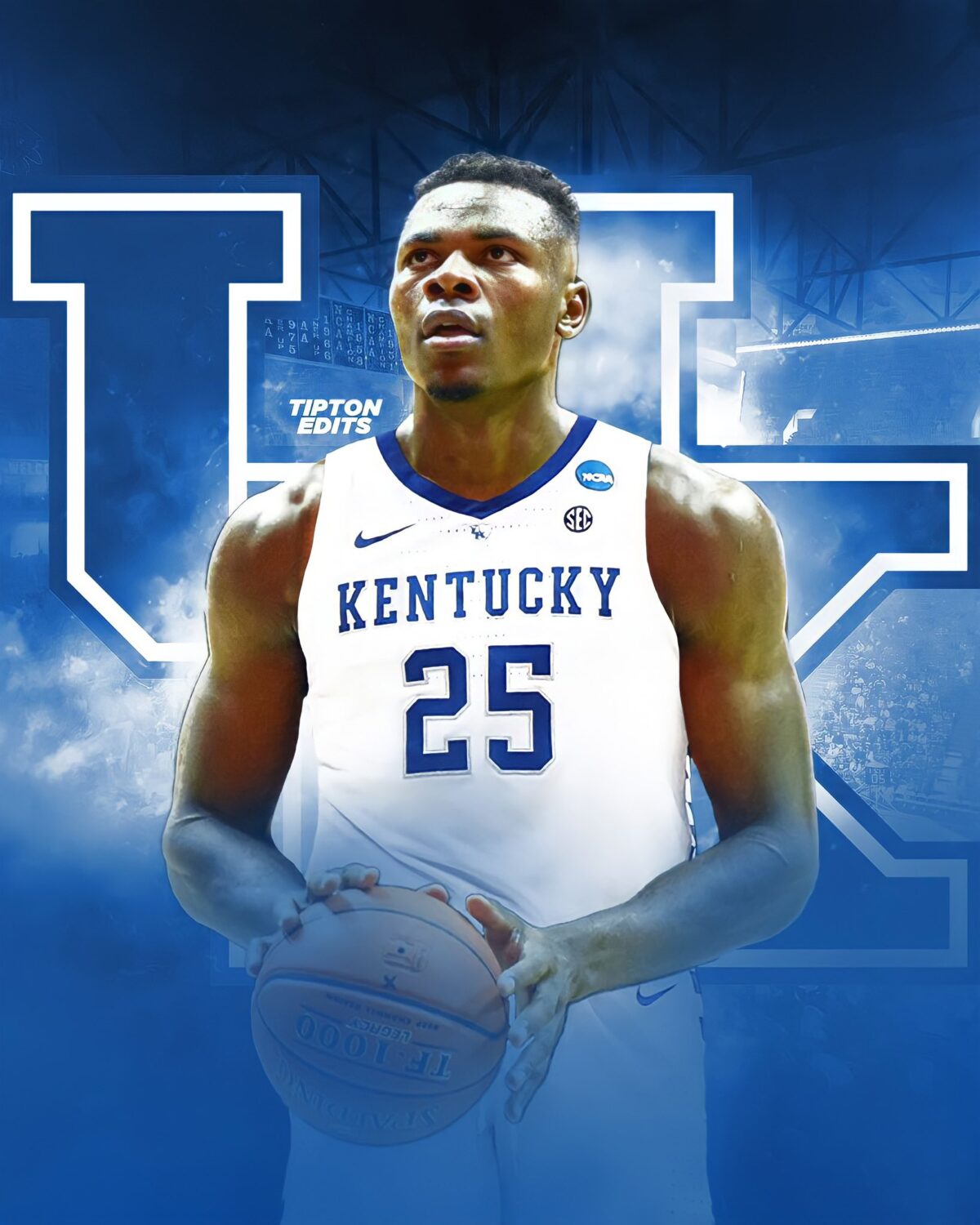 By ADAM ZAGORIA Transferring West Virginia forward Oscar Tshiebwe has officially signed with Kentucky after committing Jan. 10. He chose the Wildcats over Miami, N.C. State and Illinois and is expected to train with Kentucky this semester before suiting up for the 2021-22 season. “Kentucky just felt like the perfect place for me,” Tshiebwe said. “I love the way they play, the coaches’ players-first approach and just how Kentucky felt like home to me. I’m looking forward to coming in and helping the team this year in practice and I can’t wait to compete for Big Blue Nation.” A 6-foot-9, 260-pound power forward from Lubumbashi, Congo, he was averaging 8.5 points and 7.8 rebounds before leaving the West Virginia program on Jan. 2 for “personal reasons.” “We recruited Oscar two years ago and absolutely fell in love with his effort, his energy and his desire to improve,” UK head coach John Calipari said. “Oscar has a rare combination of strength and skill with tremendous length, not to mention he’s a wonderful kid. There is no question his time at West Virginia was well spent playing for a terrific coach and friend in Bob Huggins. Oscar won’t be able to play for us this season but we’re looking forward to getting him here and be a part of this culture. He will really help us in practice.” During the 2019-20 season, Tshiebwe averaged 11.2 points and 9.3 rebounds as a freshman and was named to the Second Team All-Big 12 and the All-Newcomer Team. Tshiebwe, a former five-star recruit and McDonald’s All American, chose to commit to West Virginia in October of 2018 over Baylor, Kentucky and Illinois. He visited Kentucky in September 2018. Kentucky also has the No. 4-ranked recruiting class in 2021 per 247Sports.com consisting of point guard Nolan Hickman and power forwards Bryce Hopkins and Daimion Collins. “Just to bring what I can do and I can learn from them,” he told 247 of what he will bring to Kentucky “I’m a hard worker and I can get better and I know the coaches are going to help me get better.” Kentucky will lose big man Olivier Sarr and point guard Davion Mintz to graduation, and is expected to lose freshmen B.J. Boston and Terrence Clarke to the NBA Draft, but expect to return freshman forward Lance Ware and possibly sophomore wing Keion Brooks for what could be a stacked frontcourt. This past was updated Jan. 14. Follow Adam Zagoria on Twitter Follow ZAGSBLOGHoops on Instagram And Like ZAGS on Facebook