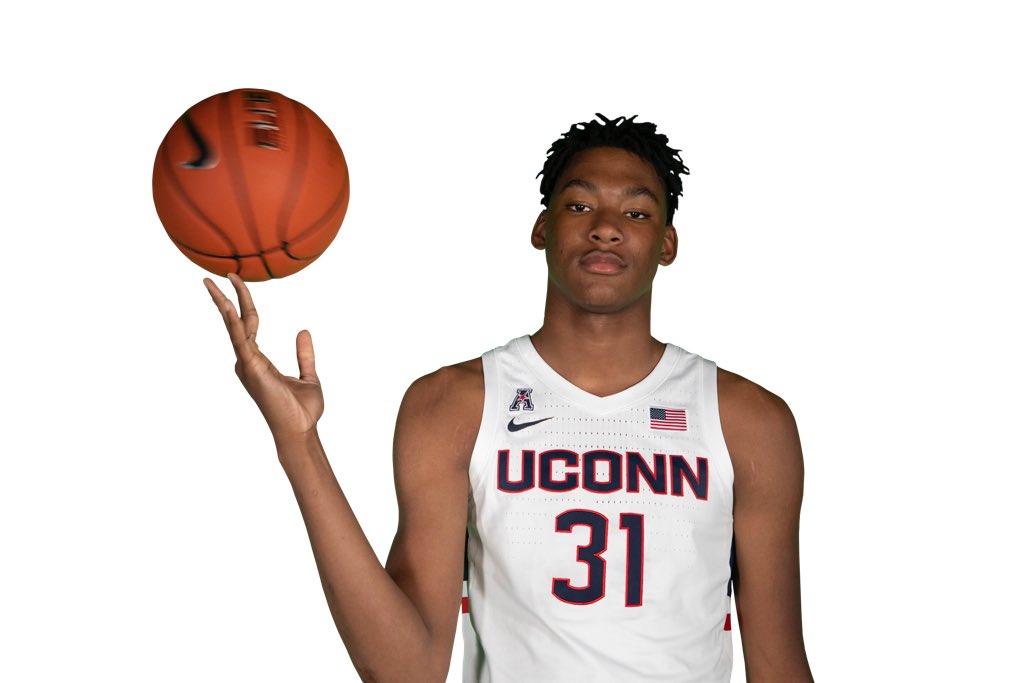 By ADAM ZAGORIA UConn freshman big man Javonte Brown-Ferguson is transferring, he told ZAGSBLOG. He has played in just two games, tallying two points and one rebound. UConn coach Dan Hurley told reporters the transfer “happened very suddenly. That wasn’t something that we thought was pending. But I understand the culture of college basketball, and what’s to come with the new transfer rules that are gonna come into place.” The 7-foot, 240-pound big man from Baltimore (MD) Mount Saint Joseph High School and the Under Armour Canada Elite AAU program, reclassified up and then chose UConn over Kansas and Texas A&M in November 2019. Indiana, Marquette and Purdue were also involved. UConn has a number of other big men, including Akok Akok, Josh Carlton, Isaiah Whaley and Adama Sanogo. Follow Adam Zagoria on Twitter And Like ZAGS on Facebook