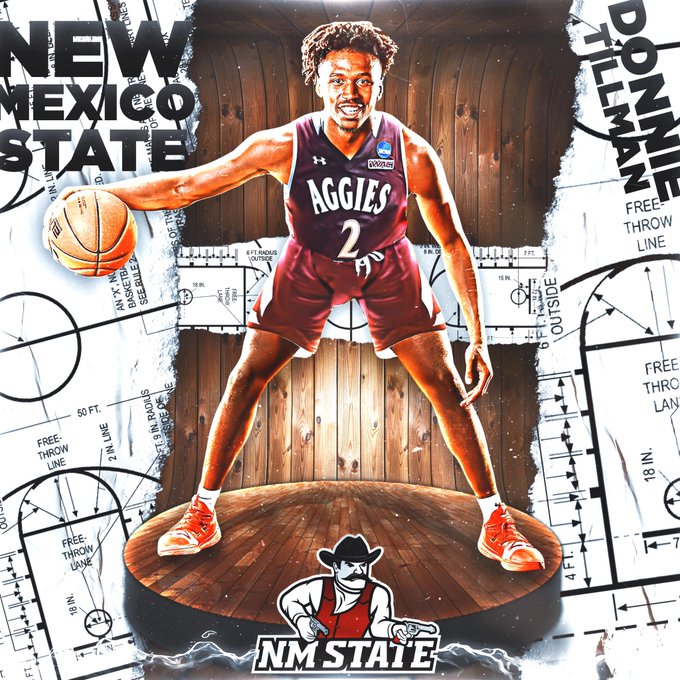 By JACOB POLACHECK Donnie Tillman, the 6-foot-7 transfer from UNLV, has committed to New Mexico State, he announced Monday, via Twitter. Tillman played this past season at UNLV and two seasons with the Utah Utes prior to that. During the 2018-19 season, Tillman averaged 10.5 points, 5.3 rebounds and 1.6 assists per game for the Utes in 31 games played. He started in 15 games and averaged 27.2 minutes per game. He transferred to UNLV following the 2017-18 season and the NCAA granted him immediate eligibility for the 2018-19 season. As a junior, Tillman averaged 10. 1 points, 4.7 rebounds and 2.0 assists per game, in 25 games played. He started 11 games and averaged 26.2 minutes per game. It’s unclear whether Tillman will be a graduate transfer, making him immediately eligible for the 2020-21 season, or if he will have to sit out a year per NCAA transfer rules. Follow Jacob on Twitter Follow Adam Zagoria on Twitter And Like ZAGS on Facebook