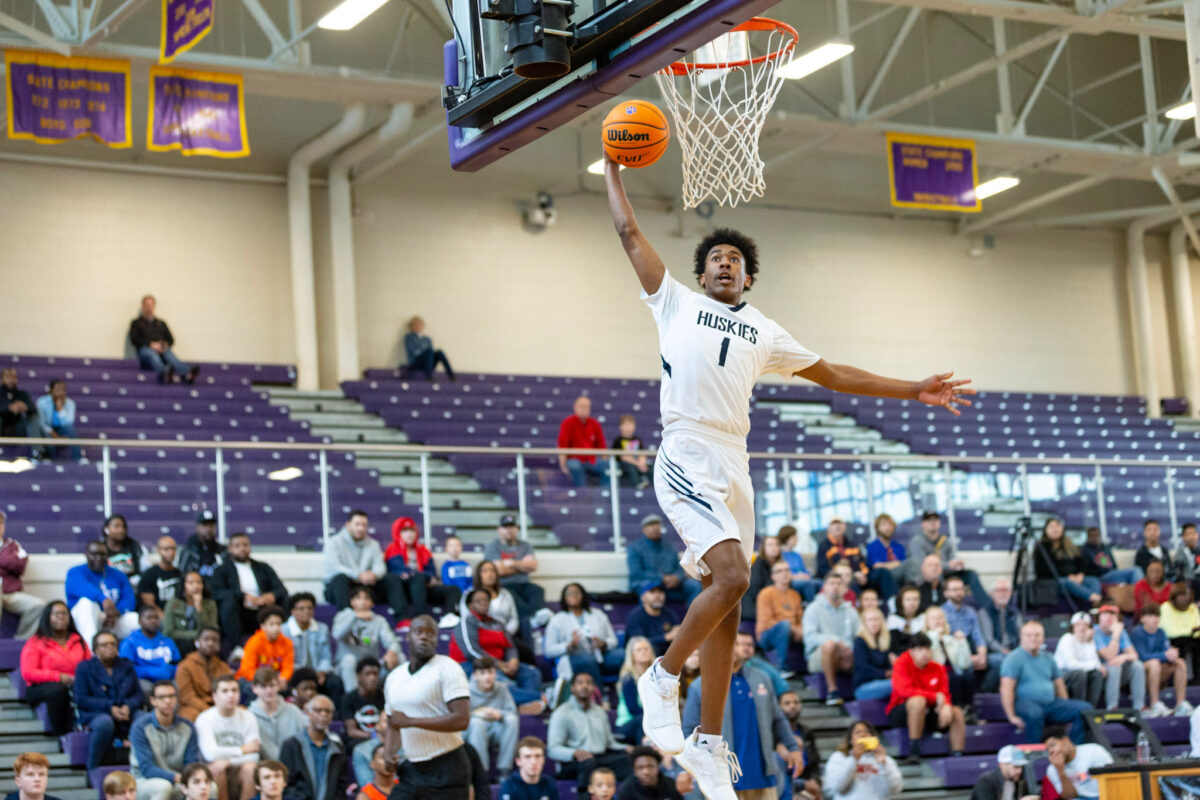 By JACOB POLACHECK Murray State became the latest school to offer 2021 shooting guard Lucas Taylor on Sunday, joining a long list of suiters. Taylor, a 6-foot-6, 185-pound shooting guard from Heritage (NC) High School, broke down his latest offer for ZAGSBLOG Monday. “I like their coaching staff a lot,” Taylor said. “Coach [Shane] Nichols has been really good. He’s FaceTimed me, showing me the campus since I’m not able to get there right now. He’s been giving me a good feeling for what they’re about and what they’re like.” Taylor says that his most recent Zoom meetings have been with Xavier, Davidson, Providence, Old Dominion, Elon and Liberty, among others. He broke down each school: Xavier: “I would just say I like their conference. They compete against really good teams so that’s good. That’s one of the main things I like about them. They’re some really good people.” Davidson: “Coach [Bob] McKillop for sure. Their offense is really good and fits the way I play. They’re really good people too.” Liberty: “Liberty has been in contact a lot. I really like the way they play. They get up and down and I really like their play style.” Providence: “They play the same way [as Liberty]. They really just let their guards go. They don’t have a lot of restrictions, so they let you go and you can get out and play. I could use my shooting ability a lot. They shoot threes and get up and down so that’s great for me.” Old Dominion: “I like coach [Chris] Kovensky a lot. He’s in contact with me consistently via DM. Him and coach [John] Richardson, as well. They really just know how to work and are really good at developing their players.” Elon: “I would say the school in general, first off, is a really good academic school. I really like coach [Mark] Adams. He’s from near where I’m from, so to have that proximity to home is nice. They really compete. They’re trying to build something and be the Gonzaga of the East so that’s nice.” Taylor will meet virtually with coaches from Wofford and Marquette this week. “I think those meetings are going to be Thursday,” Taylor said. “We’re still working on times, but it’s going to be sometime before Saturday.” He broke down each school: Wofford: “I visited unofficially before the coronavirus pandemic. The campus is super nice and the academics are great. Their basketball program competes at a high-level as well. They have a strong non-conference schedule and within the conference they’re always at the top of the league.” Marquette: “They’re obviously in the same conference as Providence and Xavier. They have really good guards and that’s a really big thing for me.” Taylor took his first and only official visit thus far to Liberty at the end of February. “That visit was really great,” Taylor said. “They’re really great people. I really liked the environment and what they stand for. That was really nice.” In terms of a decision, Taylor says not to expect anything soon. “This is all new for me,” he said. “I’m just trying to take everything in, talk to all the schools and see where I can see myself fitting in.” Although Taylor does not anticipate to make a decision soon, he broke down the factors he’s taking into consideration. “I’m just looking for great people. That’s big for me,” he said. “Somewhere that I can develop and get to the next level. That’s also one of the main things. Trying to get to the NBA is big so I’m trying to find a place that can help me develop.” “I’m also looking for a family environment. Those are some of the big factors.” With the coronavirus pandemic putting AAU basketball on hold, Taylor has been practicing from home. “I’ve just been making sure I’m consistently working out at the house,” he said. “I’ve just been going out and running, shooting at the house, stretching a lot and eating better. “I’m just trying to make sure my body isn’t taking in the wrong things. I’ve been running miles, running sprints and all that.” Even with his recruitment in full swing and training from home, Taylor has still found time for his other passions. “One thing about me that people don’t really know is that I can cook,” Taylor said. “That’s my hidden talent. I like to cook a lot.” Photo: William Sanders/Inclusive Sports Follow Jacob on Twitter Follow Adam Zagoria on Twitter And Like ZAGS on Facebook

Mousse Cisse reclassifies to 2020, will pick college next week