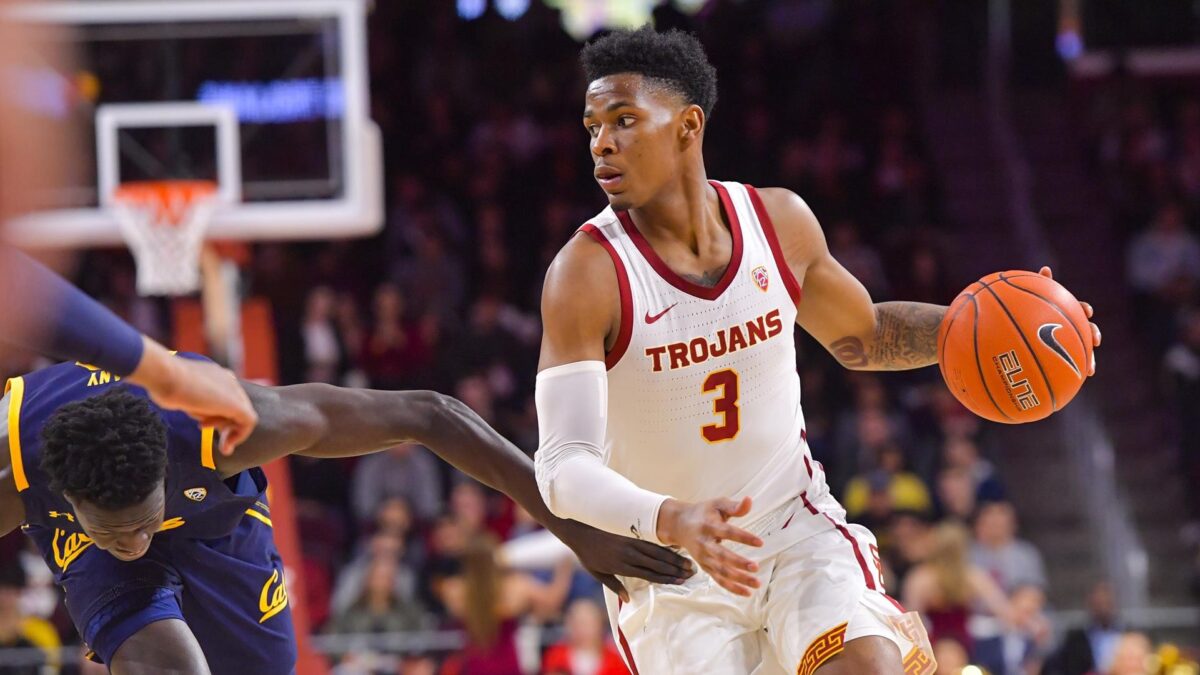 By JACOB POLACHECK Dayton has landed a commitment from USC transfer guard Elijah Weaver, he announced Monday, via Instagram Live. “After talking with my family and everybody, coaches, my dad, my mom, I decided I’m going to Dayton,” Weaver said. “I’m a Dayton Flyer.” Weaver, a 6-foot-6 shooting guard from Cocoa, FL, chose Dayton over Arkansas and Central Florida. He has two seasons of eligibility remaining and likely would have to sit out the 2020-21 season. Weaver averaged 5.1 points in 28 games as a freshman during the 2018-19 season. As a sophomore, Weaver averaged 6.6 points, 2.4 rebounds, 1.8 assists and 0.5 steals per game on 41.1 percent shooting from the field. He started in 14 games, appearing in all 31 games for the Trojans. Photo: USC Athletics Follow Jacob on Twitter Follow Adam Zagoria on Twitter And Like ZAGS on Facebook