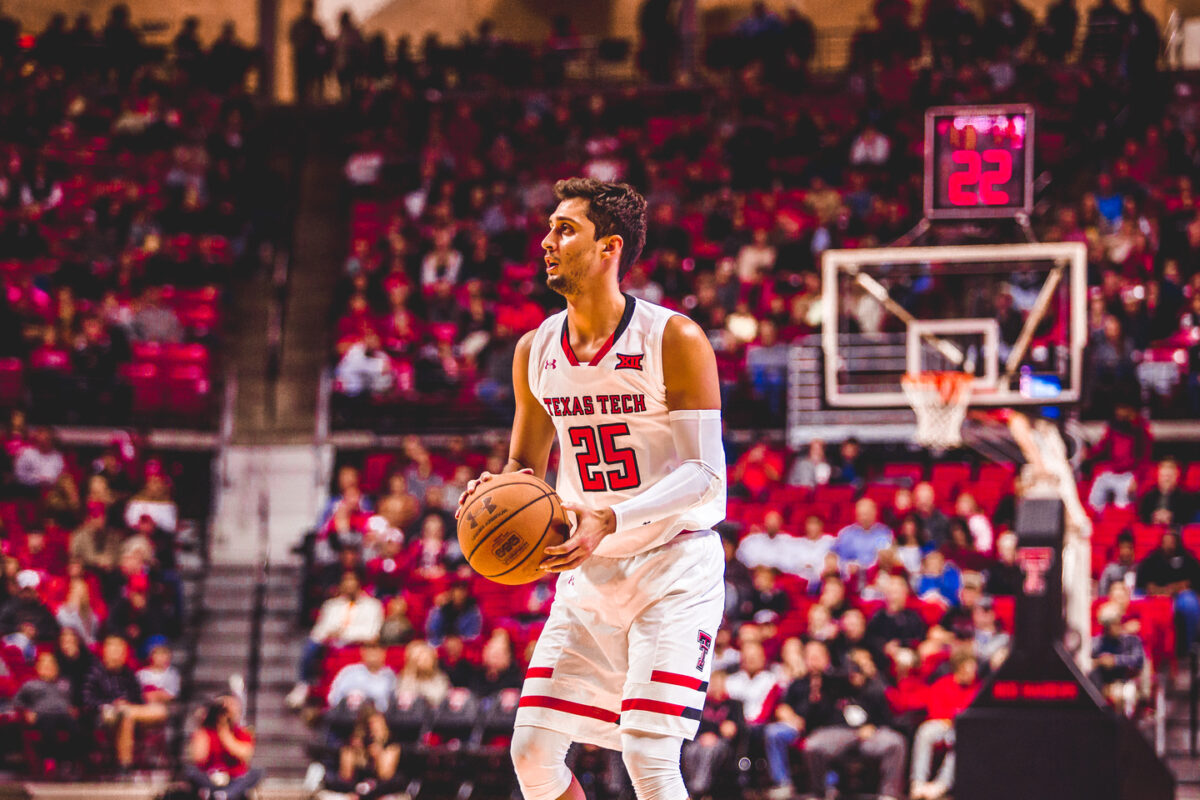 By JACOB POLACHECK Texas Tech junior guard Davide Moretti will forgo his senior year to pursue a professional career overseas, Sportando reported Saturday. European agent Misko Raznatovic tweeted Saturday that Moretti was his company’s newest client. He will join AX Armani Exchange Milano of the EuroLeague and Italian Serie A and sign a multi-year deal with the Italian powerhouse. Moretti, a 6-foot-3, 180-pound guard has started 68 games over the past two seasons for Texas Tech after playing mostly a bench role as a freshman. Moretti averaged 13.0 points, 1.7 rebounds, 2.3 assists and 1.2 steals per game in 31 games played during the 2019-20 season. He was a key piece in the Red Raiders’ 2019 run to the national championship game, scoring in double figures in five of six NCAA tournament games. Texas Tech is still in the running for Georgetown transfer Mac McClung, who included the Red Raiders among his top seven schools and No. 1 junior prospect Jonathan Kuminga, who could reclassify to 2020. Photo: Texas Tech Athletics Follow Jacob on Twitter Follow Adam Zagoria on Twitter And Like ZAGS on Facebook