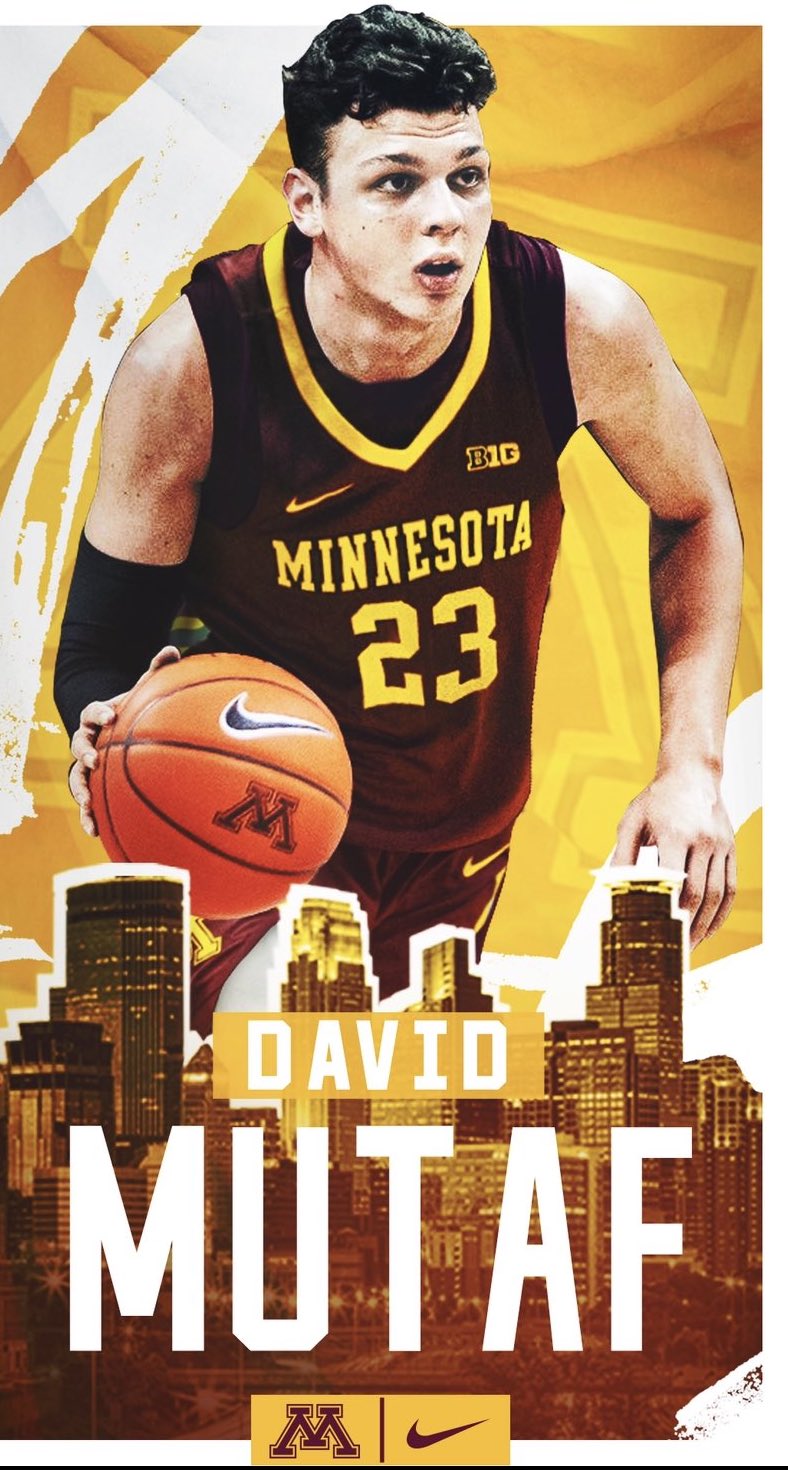 By ADAM ZAGORIA David Mutaf, a 6-foot-6, 205-pound left-handed shooting guard from Turkish club Fenerbahçe Beko who models his game after Luka Doncic, has committed to Minnesota for the upcoming college basketball season. Mutaf chose the college route over signing a pro contract with Fenerbahçe on his 18th birthday next month. He also considered Arkansas and had interest from USC, Arizona State, Georgetown and Missouri. “I decided to go to the Minnesota Gophers,” he said. He added he chose the Gophers because of the Big Ten Conference and “my role on the team.” He is considered one of the top players in the Turkish Junior League. He averaged 17.0 points, 5.8 rebounds and 3.1 assists this past season with the Fenerbahçe U19 team, and and averaged 11.0 points and 3.4 rebounds when Turkey finished third at the 2018 European FIBA U16 European Championship. “I’m a 6-6 guard with a long-distance shot and the ability to create positions for my teammates,” he said. “I also have good pick and roll ability with my good court vision.”

Shout out the @overtime 🙌🏻🔥 We are live tonight from ig. Tune in pic.twitter.com/7GfSJfrYYg

“[Mutaf] was captain of the Fenerbahce U19 team,” said Mutaf’s mentor Tamer Turkman. “He can create shots for himself, can shoot off the dribble and has a dangerous step-back shot. He has a very quick release, strong creative ball-handling skills, is a good passer, has solid court vision and has a strong body. He won’t turn 18 till next month and expects more growth. He models his game after Luka Doncic.” Added Mutaf: “Yes, I like his playing style. I also like Devin Booker and Bogdan Bogdanovic but I just want be the best version of me.” Follow Adam Zagoria on Twitter And Like ZAGS on Facebook