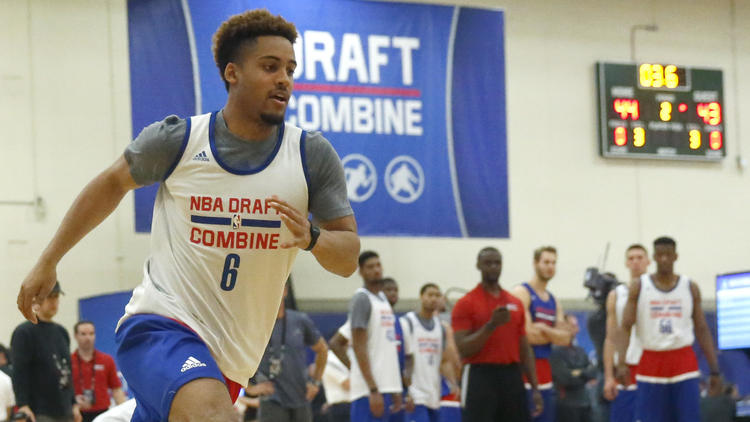 By ADAM ZAGORIA With the NBA increasingly optimistic about a return to play this summer, the NBA Draft Combine could potentially take place in Las Vegas or Orlando, sources said. Chicago is also an option, sources said. The NBA on May 1 announced the postponement of NBA Draft Lottery 2020 and NBA Draft Combine 2020, both of which were scheduled to take place in Chicago. “If there is a combine it will probably be in Chicago or Las Vegas or Orlando if that is where they are going to have the teams play if there is a season,” one NBA executive said. It would make sense to have the Combine in Las Vegas or Orlando if all the NBA teams and personnel will be there. Draft-eligible players are currently unable to meet with, or work out for, NBA teams due to the coronavirus pandemic and are having meetings via Zoom calls. ESPN’s Adrian Wojnarowski reported Wednesday that the league is optimistic about returning this summer and crowning a champion. On a board of governors call Tuesday, Commissioner Adam Silver reportedly discussed a “campus environment” and Wojnarowski wrote “the focus continues to be on Orlando’s Walt Disney World Resort and Las Vegas, sources said.” The New York Post reported this week that the Draft could take place in late August/early September, which is consistent with other reports. It remains unclear if the draft would be virtual like April’s NFL Draft or live. “I think it will be virtual if I had to guess right now,” the NBA executive said. Meantime, the NCAA on Wednesday moved the NCAA withdrawal date for the NBA Draft back past June 3. Follow Adam Zagoria on Twitter And Like ZAGS on Facebook