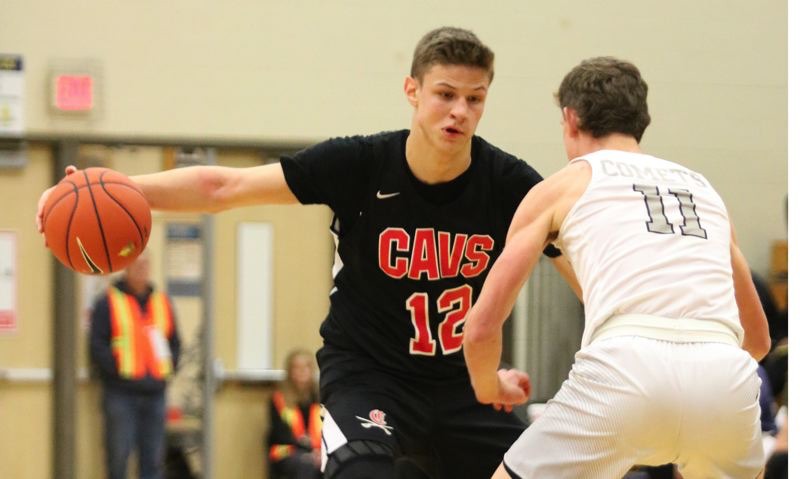 By RYAN McMULLEN Ben Gregg, the class of 2021 forward from Clackamas (OR) and the Oakland Soldiers AAU program, broke down his recruitment with ZAGSBLOG. The 6-foot-8 Gregg has received offers and interest from nearly 30 schools thus far but five have prioritized him. When asked who is working the hardest right now, he said, “I would say I’m getting recruited the hardest by Oregon State, Oregon, USC, Virginia Tech, and Gonzaga.” Gregg then broke down each school. Oregon State: “I have a really good relationship with the coaching staff, and most of the players there already. I could see myself going in and playing there right away.” Oregon: Oregon is also close to home like Oregon State. Coach (Dana) Altman calls me once a week, and I always enjoy talking to him. They have a really strong program already and I think they are only going to get better.  USC: “USC has an amazing campus with so much athletic history. They have a super strong education which is one of the most important factors for my parents and I. The connections you get to make there are incredible and I like their coaching staff a lot.” Gonzaga: “Gonzaga is in Spokane which is where most of my family lives and where I was born so it would be cool to go back there and get to play in front of them. It’s a basketball school which is super cool because there aren’t too many schools like that in America. They have always had a very successful program and Mark Few is a terrific coach.” Virginia Tech: “I don’t know much about Virginia Tech yet because we just started getting in contact, but they seem to want me pretty bad. From what they’re telling me, they have shooters in every position which is good for me because that’s the main aspect of my game. I’m looking forward to learning more about them.” Gregg has taken one official visit to Oregon State. He has unofficially visited Oregon, USC, Arizona, Arizona State, and Pepperdine. Gregg mentioned that “USC, Cal, Marquette, and Virginia Tech want to get me on campus but we’ll see when all this stuff clears up.” After asked about a timetable for committing, he said, “I want to commit close to the end of the high school season next year or possibly after.” When it comes down to making a decision Gregg said he is looking for “where I fit best in their system and being comfortable with the staff and players.” According to 247Sports, Gregg is ranked as No. 71 nationally and is the No. 2 prospect in Oregon. Follow Ryan on Twitter Follow Adam Zagoria on Twitter And like ZAGS on Facebook