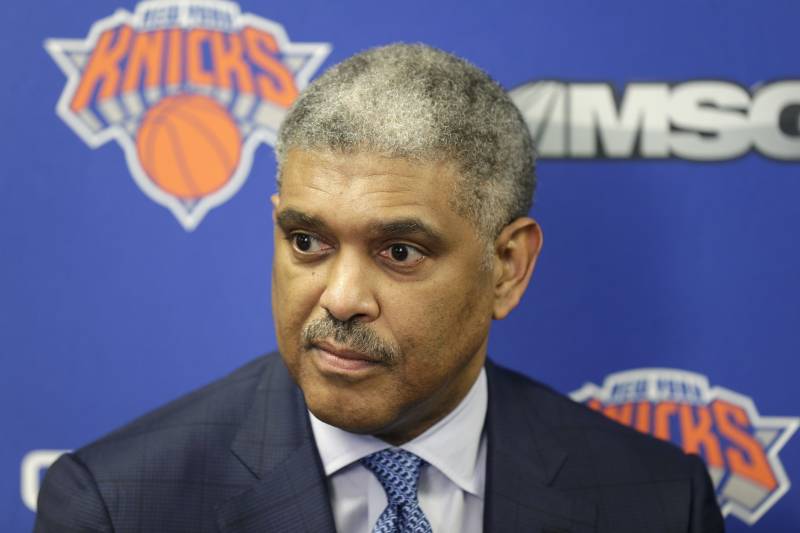 By JACOB POLACHECK The New York Knicks parted ways with team president Steve Mills, the team announced on Tuesday.
Shams Charania of The Athletic and Stadium initially reported the news, noting Scott Perry will take over basketball operations on an interim basis. Wojnarowski added “it is expected” that Perry will still be the general manager for the “foreseeable future.” Mills started with the Knicks in 2013 as executive vice president and general manager before he became president in 2017 after Phil Jackson left the role. “Steve and I have come to the decision that it would be best for him to leave his role as president of the New York Knicks,” Knicks owner James Dolan said in a prepared statement. “We thank Steve for his many years of service to our organization and look forward to continuing our relationship with him as part of our board.” The Knicks are 15-36 on the season. Photo: Seth Wenig/Associated Press This story has been updated. Follow Jacob on Twitter Follow Adam Zagoria on Twitter And Like ZAGS on Facebook