After decommitting from Georgetown, Terrance Williams will visit Michigan 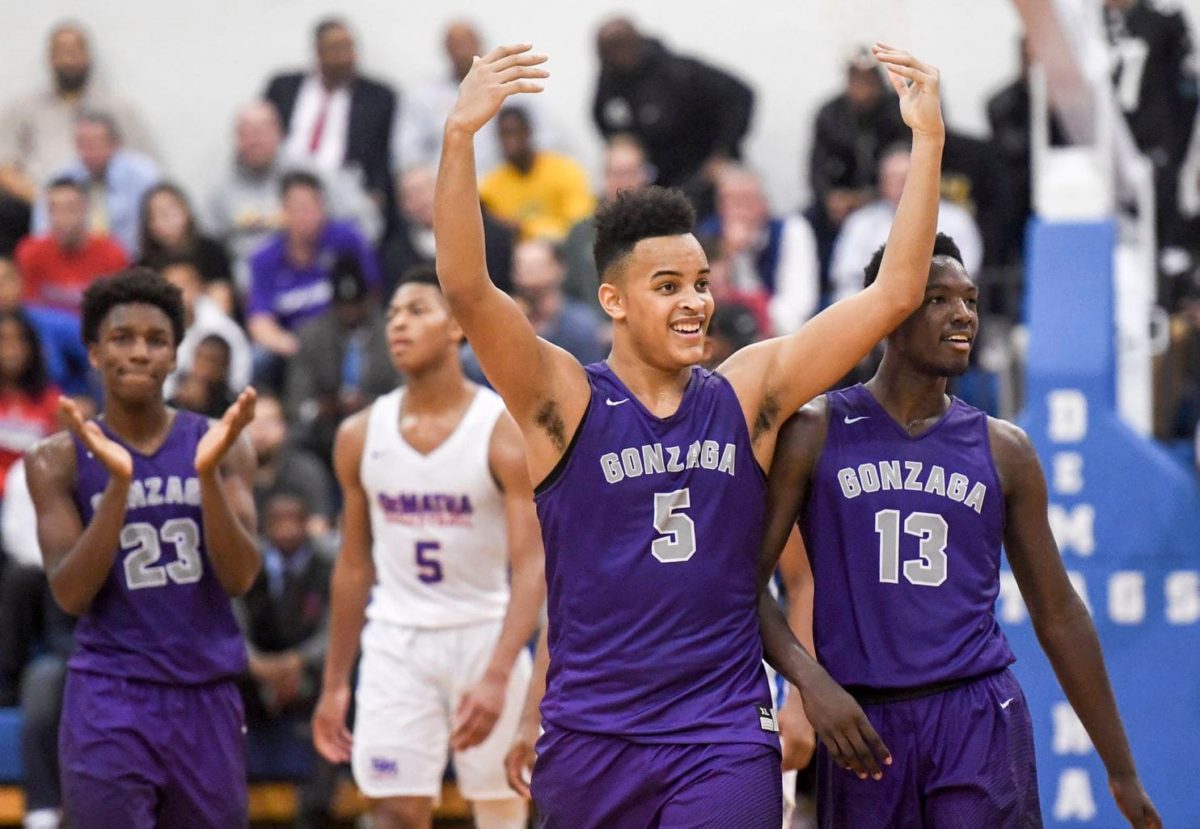 By ADAM ZAGORIA & SETH SOFFIAN FORT MYERS, Fla. — After landing one Washington D.C. area star on Friday, Michigan coach Juwan Howard is hoping to land another soon. Howard is hoping to follow up the commitment of 7-footer Hunter Dickinson with a pledge from Terrance Williams, the 6-foot-6 power forward from Gonzaga Prep in Washington, D..C.. Williams, who scored 29 points in Gonzaga’s semifinal loss to IMG Academy (FL) Saturday night at the City of Palms Classic, will visit the Big Ten school Dec. 28, as first reported by 247Sports.com.

Four-star forward Terrance Williams has scheduled an official visit to Michigan for Dec. 28, he tells @247Sports.

Williams announced his decommitment from Georgetown days after a scandal hit the basketball program. Multiple players were connected to assault, burglary and harassment at the school. Four Georgetown players — James Akinjo, Galen Alexander, Myron Gardner and Josh LeBlanc — are all transferring. Williams said he’s not in any rush to make a selection after recently decommitting and smiled at social media chatter that he’ll be influenced by Dickinson’s committing to the Wolverines. Williams tweeted a message of support to Dickinson following his commitment. “All my options are open,” Williams told ZAGSBLOG. “I just have visits set up. I’m worried about winning WCAC (Washington Catholic Athletic Conference) championship right now. I’m not committing no time before that.” Hoyas assistant coach Louis Orr was among those in attendance Saturday at the City of Palms Classic, and Williams said Georgetown is still an option. “They’re definitely still in the running,” he said. “I just want to make sure it’s the best decision. That’s why I decommitted.” After Williams guided Gonzaga to a fourth-quarter lead Saturday before IMG rallied late, Gonzaga coach Steve Turner made it clear some school is getting a high-motor difference-maker. “He’s a walking double-double,” Turner said. “You can almost write it in the book before the game starts. But I think what makes him special is how he lays it out for his teammates. Follow Adam Zagoria on Twitter And like ZAGS on Facebook