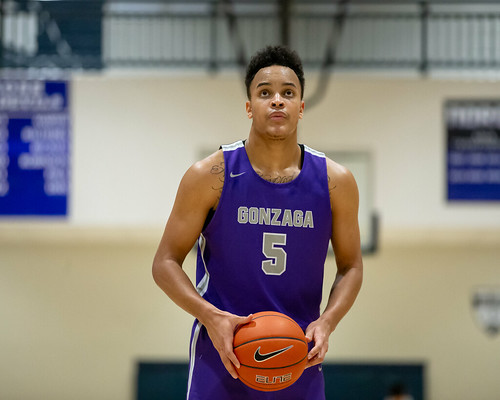 By RYAN McMULLEN Terrance Williams, the 6-foot-6 forward from Gonzaga (DC) and Team Takeover AAU, announced his pledge to Michigan on Wednesday evening. Prior to his Michigan commitment, he was committed to Georgetown. He did not choose to sign with Georgetown during the early period and then reopened his recruitment shortly after. “I picked Michigan because I feel like it’s the best fit for me,” he told ESPN. “Coach [Juwan] Howard is a player’s coach … and I need a coach like that. I also love his coaching style.”

This year on the Nike EYBL Circuit, Williams averaged 15.6 points and 5.6 rebounds in 18 games played. According to 247Sports, he is a four-star prospect, ranked No. 84 nationally, and is the No. 17 power forward. He is the fourth commit for the Wolverines’ 2020 class as he joins five-star Isaiah Todd along with four-stars Hunter Dickinson and Zeb Jackson. Follow Ryan on Twitter Follow Adam Zagoria on Twitter And like ZAGS on Facebook