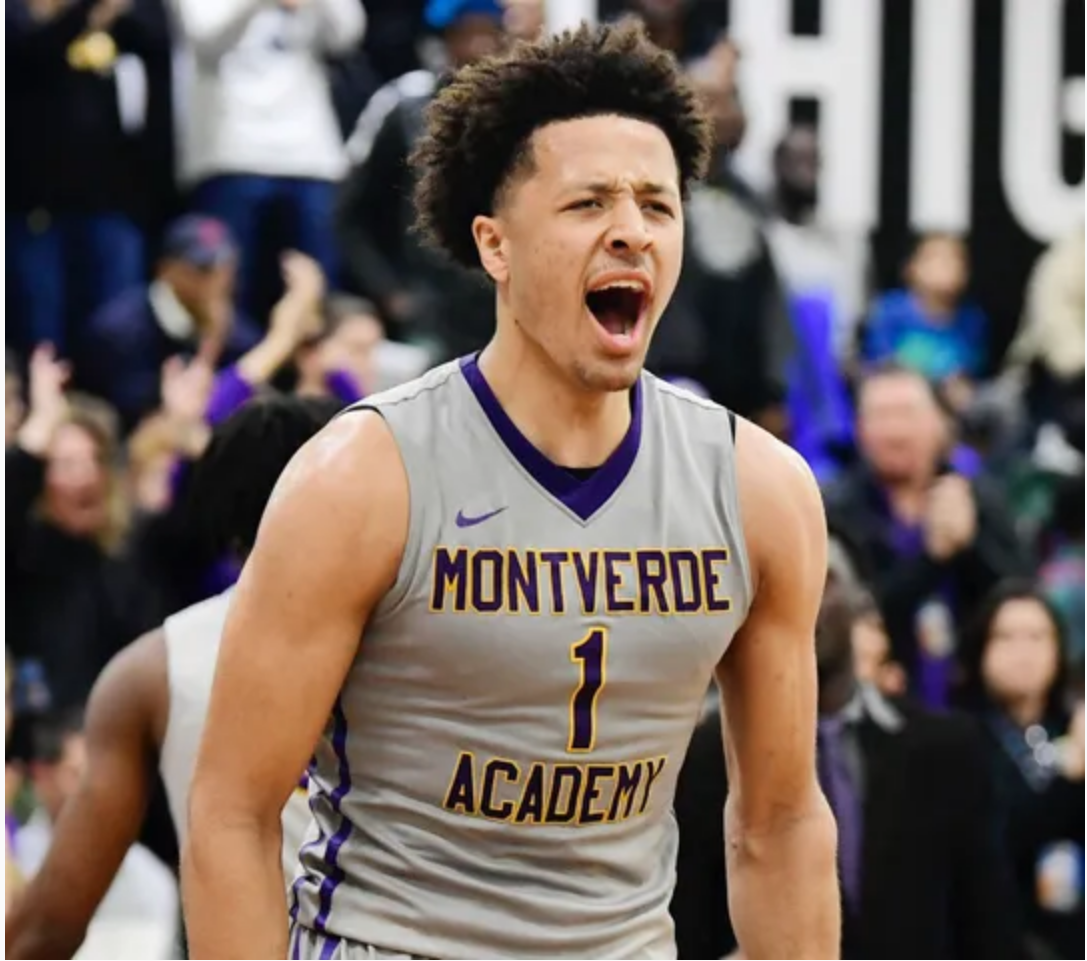 By ADAM ZAGORIA If there was any doubt about who the best high school team in the land was, Cade Cunningham and Montverde (FL) Academy put those doubts to rest in a major way on Tuesday night. The 6-foot-7 Cunningham and the Eagles, ranked No. 1 by USA Today, destroyed The Patrick School (N.J.), ranked No. 3, 77-32, in the championship game of the John Wall Holiday Invitational. Cunningham shot 8-of-14 for 22 points, with 8 rebounds and 4 assists. Oklahoma State assistant Cannen Cunningham, Cade’s brother, was on hand to watch his brother’s performance. North Carolina-bound big man Day’Ron Sharpe added 16 points and 7 rebounds, while Florida State signee Scottie Barnes had 12 points, 10 rebounds and 4 assists.

Kevin Boyle won five New Jersey Tournament of Champions titles at St. Patrick before leaving in 2011 for Montverde. The Jersey school closed in 2012 and later re-opened as The Patrick School. This was Boyle’s first matchup against his former school. As first reported by ZAGSBLOG, Duke head coach Mike Krzyzewski was in the building to see Jonathan Kuminga, the 6-foot-8 junior star for the Celtics who scored 19 points on 6-of-16 shooting with 5 rebounds. Kuminga may opt to reclass to 2020. Coach K, who has experience with players reclassing up like Marvin Bagley III (2017) and R.J. Barrett (2018), left after the half when Montverde led 41-15.

The Celtics were playing without two key players in Adama Sanogo and Bretner Mutombo, who must sit out 30 days per NJSIAA transfer rules, while senior point guard Noah Farrakhan left the game with flu-like symptoms. Kuminga and the Celtics have a date with Bronny James, Zaire Wade, B.J. Boston and Sierra Canyon on Jan. 3 in Minneapolis, a game that will be shown on ESPN2. Montverde, The Patrick School and Sierra Canyon teams will also participate in the Metro Classic in New Jersey in early 2020. Click here for more info. “It’s Montverde and everyone is playing for second,” one high school coach said. “Between No. 1 in the country and No. 2, it’s double-digits [in disparity].” Follow Adam Zagoria on Twitter And Like ZAGS on Facebook