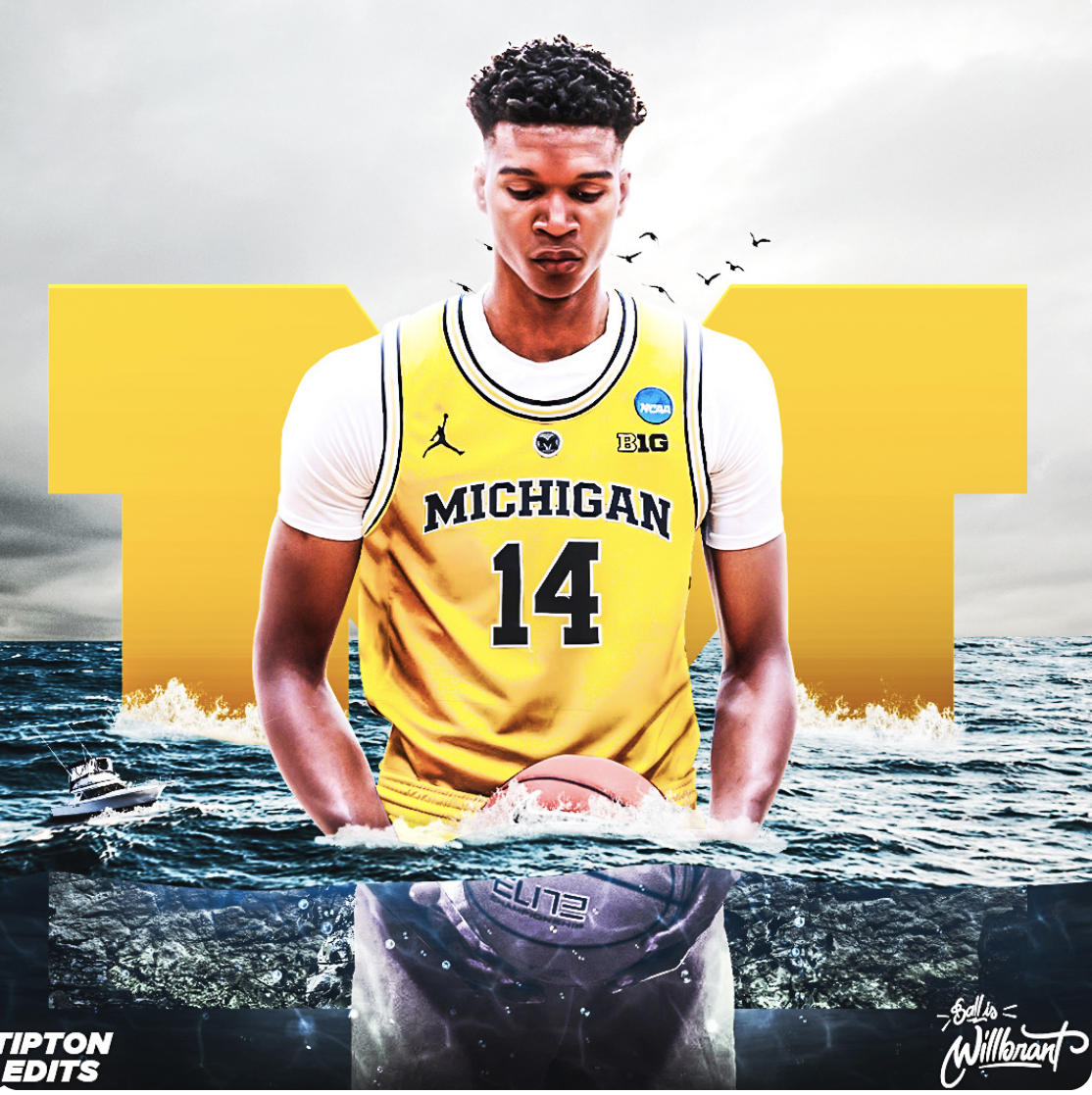 By JACOB POLACHECK Isaiah Todd, the 6-foot-10 power forward from Word of God (NC) Christian Academy, announced his commitment to Michigan on Thursday, via Twitter. Todd chose Michigan over Kansas, which landed 2020 big man Muscadin earlier Thursday. Todd took an official visit to Michigan on Sept. 27 before visiting Kansas for “Late Night in the Phog” on Oct. 4 when Snoop Dogg performed. “Me and Coach Juwan [Howard] just click on a different level and I clicked with the guys when I went on my visit, and I was just truly excited to be there,” Todd told 247Sports.com. “I had a great time at Kansas too, it was a tough decision, I just feel like Michigan is the better fit.” Asked what Michigan’s pitch was, Todd said: “The pitch for me was family and just getting better each day. He said he’s going to push me and he told me he’s going to make me the person I want to be first of all and then the player I want to be, and he said he’s going to do it in the time that I’m there. What made me believe in it, just over the months that I’ve talked to him I started to trust him more and more and I started to connect with him.” He joins Zeb Jackson as the second commit in the Wolverines’ 2020 class. Todd averaged 18.3 points and 8.4 rebounds this summer with the NightRydas on the Nike EYBL circuit. According to 247Sports, Todd is ranked as the No. 12 overall player in the Class of 2020 and the No. 1 player from the state of North Carolina. “Todd is a player I could not like as a U16 player as he was arrogant and not coachable,” USA Basketball youth coach Don Showalter said. “He has made the biggest turnaround of any player. Now he has a great attitude and is coachable! I love his skill set on both offense and defense as he can guard any position on pick-and-roll. He has a good perimeter game and will be a prototype stretch 4.” “He’s a great kid,” said NightRydas coach Maurice “Kenoe” Jordan. “He’s very coachable and smart. They’re getting a great player and a hard-working kid who is obsessed with improving and getting better.” Follow Jacob on Twitter Follow Adam Zagoria on Twitter And Like ZAGS on Facebook