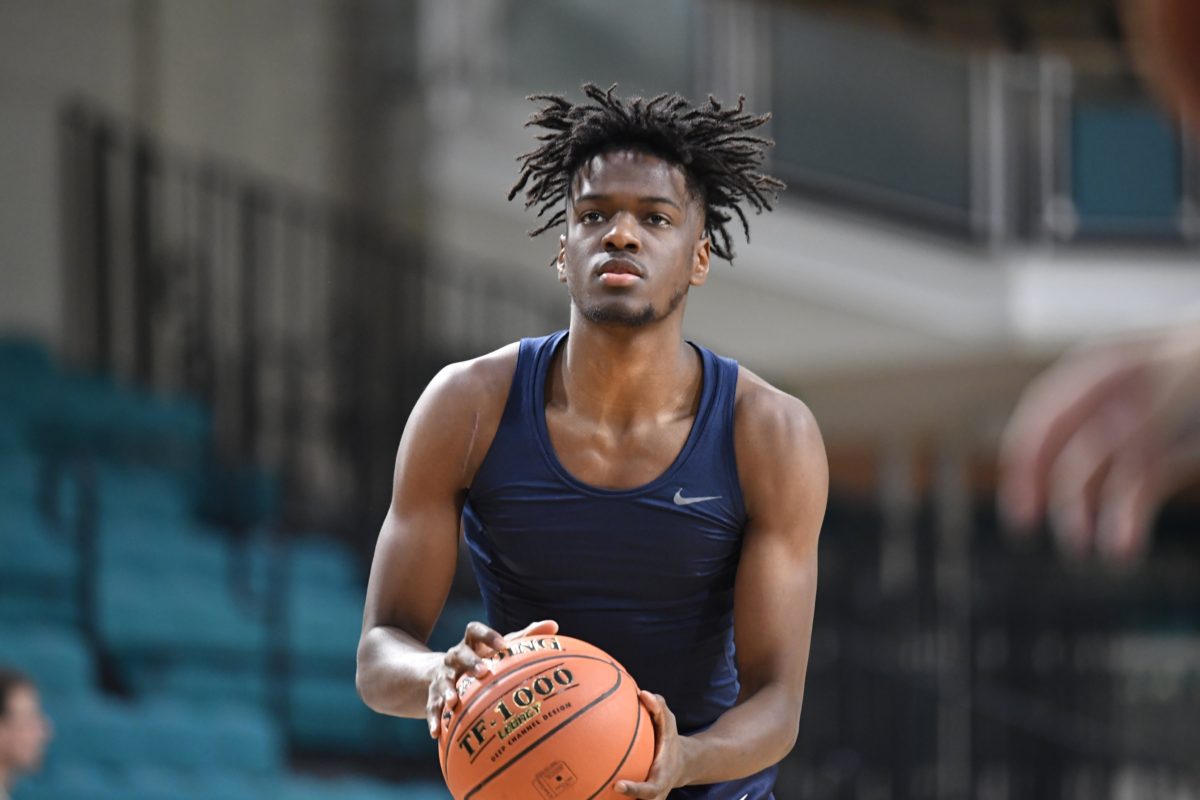 By ADAM ZAGORIA After being cleared to play on Monday, Villanova freshman Bryan Antoine made his college debut Thursday. The 6-foot-5 Antoine went for 9 points on 4-of-6 shooting with 3 assists in 19 minutes of Villanova’s 98-69 rout of Middle Tennessee State. He entered the game with 14:21 to play in the first half. Antoine underwent right shoulder surgery on May 31 for a torn labrum, with one source saying he made a “freakish recovery.” “We had the early lead, so we were able to get Bryan some good minutes,” Villanova coach Jay Wright said. Villanova advances to the semifinals of the Myrtle Beach Invitational Friday afternoon against Mississippi State, an 80-66 victor over Tulane in the second game of the doubleheader.

Antoine helped lead the Ranney School (N.J.) to a New Jersey Tournament of Champions title last season despite playing with a torn labrum. “He didn’t get diagnosed with a torn labrum until he got to Villanova,” Wright said at Media Day. “He played with it and then got to Villanova but didn’t have the surgery until June. So its reconstructive shoulder surgery. We gotta see how the rehab goes, and it’s going well, but then we’ve got to get him back on the court and see how much this layoff has affected him. so we have a long way to go.” Antoine had been a projected firstround pick in the 2020 NBA Draft, per ESPN.com, but is not currently projected to be drafted next year, while his former teammate Scottie Lewis, a freshman at Florida, is a projected Top 10 pick. Antoine finished as the Shore Conference’s all-time leading scorer. He was listed at No. 15 ESPN.com ranking of the class of 2019 prospects and at No. 16 in the 247 Sports Top 100. Big East coaches were worried about how to defend the high-flying Antoine, who can be unstoppable in the open court and can also shoot from distance,

Villanova's Bryan Antoine cleared to play, team will bring him along 'slowly'