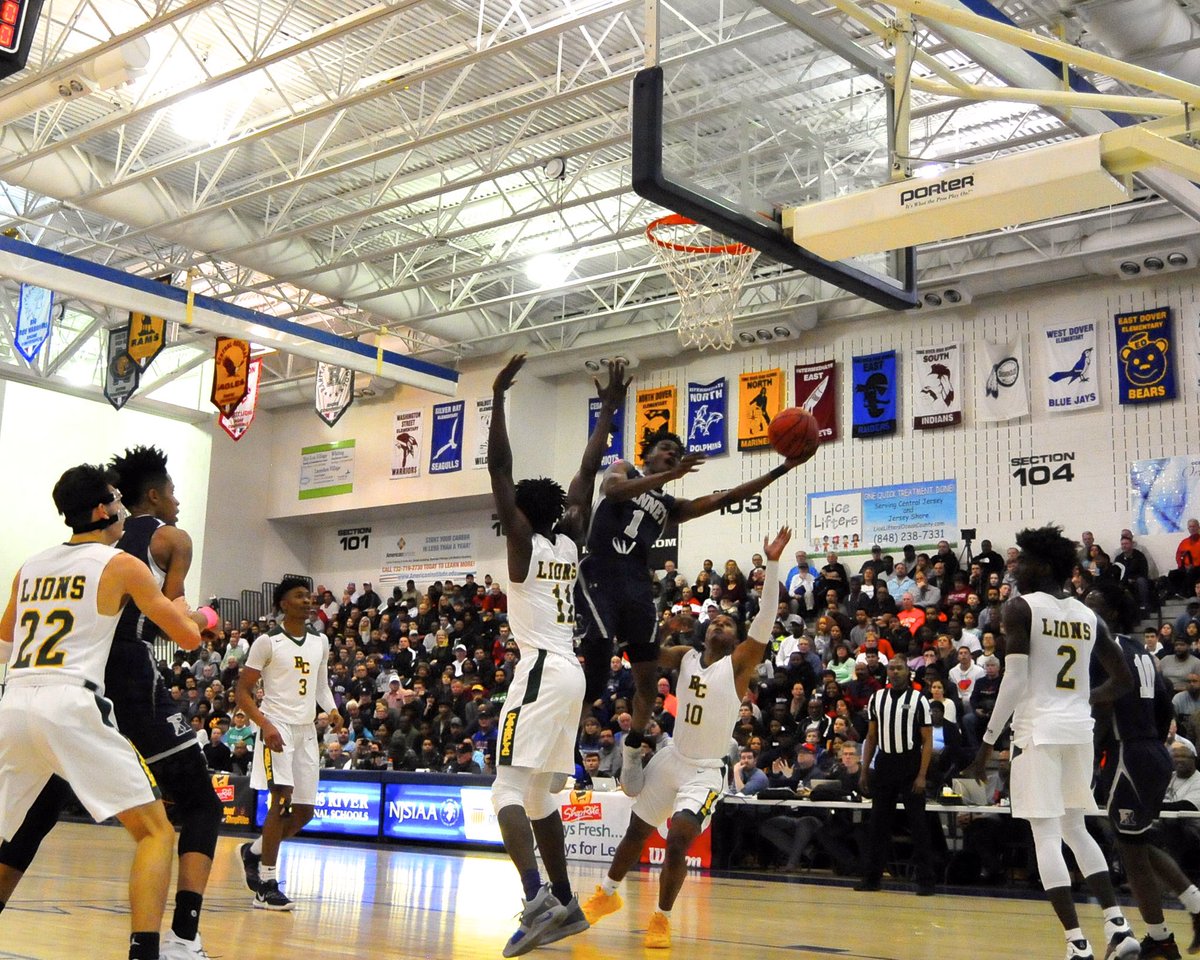 By ADAM ZAGORIA TOMS RIVER, N.J. — Seton Hall coach Kevin Willard had just finished coaching his team to a win against Villanova on Saturday afternoon when he already began to look ahead to what the Wildcats are bringing in next season. “And I hate to say it, next year’s going to be even more brutal [in the Big East] because I think Creighton gets older, we get older, Nova’s going to get what they have coming in,” Willard said at Prudential Center following his team’s 79-75 victory. When I said to Willard, “Good luck guarding Bryan Antoine next year,” he was quick to respond with a smile. “Yeah, thanks” he said. “I ain’t guarding him so I wouldn’t mind him at all. [Junior guard] Quincy [McKnight], good luck.” The 6-foot-4 Antoine headlines a Villanova recruiting class ranked No. 2 nationally by 247Sports.com behind Arizona. He is ranked the No. 2 shooting guard nationally and the No. 14 player overall. Antoine is one of two McDonald’s All-Americans in Villanova’s class, along with IMG Academy (FL) power forward Jeremiah Robinson-Earl.  He is already projected as the No. 10 pick in the 2020 NBA Draft per ESPN.com, and could become the first one-and-done in the Jay Wright Era. A wonder to behold in the open floor and a virtually unstoppable force in transition despite his thin legs, Antoine is averaging  22.7 points, 4.2 rebounds, 3.1 steals and 2.9 assists. A smooth 3-point shooter, he has made 74 from behind the arc this year for Ranney (29-3), which won its first New Jersey Non-Public B state championship on Saturday night against Kentucky-bound wing Kahlil Whitney and defending Tournament of Champions winner Roselle Catholic. Now Ranney will be the No. 1 seed in the Tournament of Champions, which begins Wednesday. The Panthers get a bye into the semifinals and will play No. 5 Moorestown at 7 p.m. Friday in Toms River. No. 2 Bergen Catholic meets No. 3 Newark East Side at 5:30. After pouring in 25 points in a Jan. 30 win over Roselle Catholic, Antoine went for 21 points on 8-of-16 shooting with 5 rebounds and 4 turnovers against the Lions in the state title game. He did so despite re-aggravating a right shoulder injury in the first half that sent him to the bench for part of the game. “It was a hustle play on defense,” Antoine said. “I tipped the ball and tried to dive on it and the way that my arm was placed, I heard a small pop in it. I went back to the bench and the athletic trainer at Ranney was amazing. She gave me little tips on stretching it and I came back out.” Prior to the game, Antoine knew he would have to be the main offensive force while teammate Scottie Lewis guarded the 6-foot-7 Whitney, who shot 11-of-24 for 26 points in his final high school game. “Before the game, I told Bryan that I need Bryan Antoine back,” said Lewis, a fellow McDonald’s All-American headed to Florida. “He really hasn’t been himself as far as putting the ball in the basket the last couple of weeks. Everyone’s been having their share, I think that has  played a part in it, but [Saturday] I told him I need him to to turn it on because I’m not going to be able to score the ball the way I normally do.” “[Antoine] showed the capability of attacking the rim, [scoring] outside/inside, mid-game and that kind of opens everything up for everyone else. And he did. Bryan did his thing today.”

Need a bucket? @BryanAntoine_ can hit from anywhere on the floor ? Follow @overtime for more before ATL. #WhereTheFutureStarts #repost pic.twitter.com/G4Uo0VTP0n

Said Antoine: “Just for [Lewis] to come up and approach me in a very big game and tell me that everything’s on me, I feel like it was kind of a boost of confidence for me.” Together, Antoine and Lewis have put Ranney on the map, turning it from a school nobody had heard of four years ago to a team ranked No. 11 nationally by USA Today. They have won back-to-back South Jersey Non-Public B titles and Shore Conference Tournament championships.

Now, their bid for a Tournament of Champions title will come the same weekend that Antoine’s future school bids to defend its Big East Tournament championship at Madison Square Garden. The Wildcats are the No. 1 seed in New York for the fifth time in six years. The Big East final is set for Saturday night, while the TOC final is slated for 4 p.m. on Selection Sunday. “It’s actually funny because I feel like every time we have a game, they have a game, too,” Antoine said. “So I mean if they were to win and we were to win, it would be kind of meant to be, I feel like.” First things first, Antoine and Ranney will face the Moorestown/Haddonfield winner in the semifinals on Friday night, about the time Villanova could be playing the Big East semifinals. Antoine has a maximum of two high school games left, but he knows it could end before Sunday at Rutgers. “Our coaches emphasize no matter what game it is go out there and play your hardest,” he said. “That could be an upset coming, you never know. Every game that we go into we want to play hard.” As for the ultimate goal, it’s clear. Before he heads to the Big East, Antoine wants to close out his high school career with a TOC title. “Yeah,” he said. “It is.”   Photo: Jersey Sporting News Follow Adam Zagoria on Twitter And Like ZAGS on Facebook

Villanova is the No. 1 seed in the Big East Tournament for the 5th time in 6 years