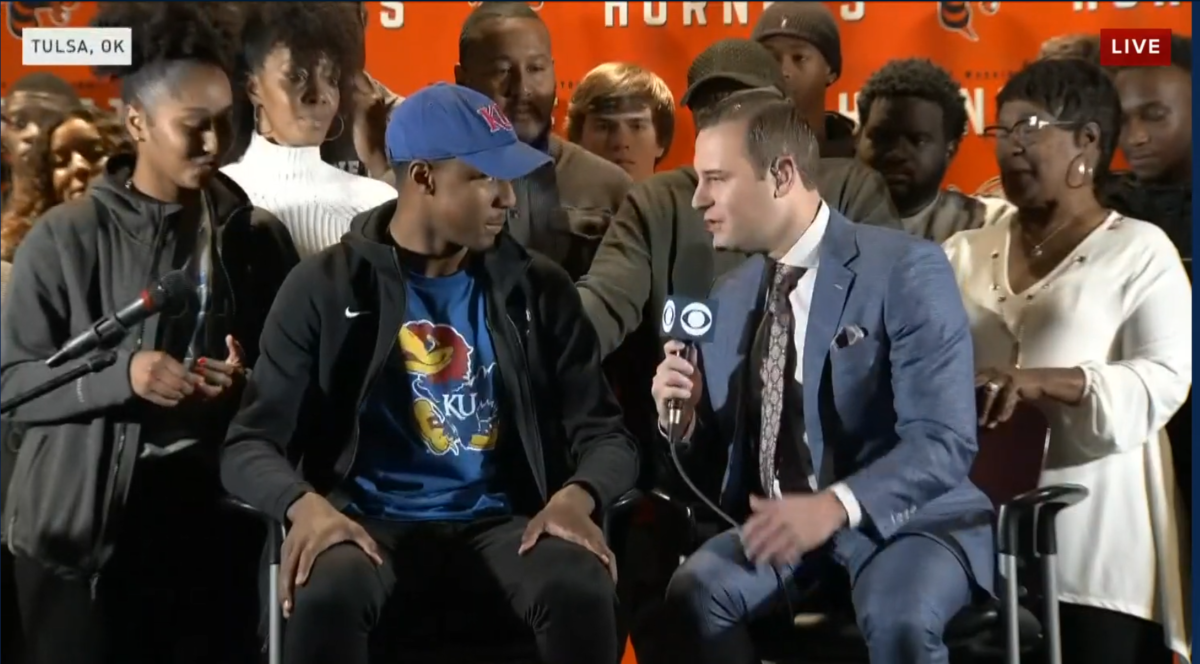 By ADAM ZAGORIA Bryce Thompson, the 6-foot-5 combo guard from Booker T. Washington (OK), announced his commitment to Kansas on Tuesday. Thompson chose the Jayhawks over North Carolina, Oklahoma and Oklahoma State. His father, Rod Thompson, played for Kansas coach Bill Self at Tulsa. “I’ll be attending the University of Kansas,” he told Evan Daniels of 247Sports.com. “Rock chalk.” “It’s just a great fit for me,” he added. “They showed me where I can fit in. They showed me a lot of film and just showed where I can go in and make an impact.”

It’s been an amazing recruiting process, thanks to everyone for your support on this journey. So happy to announce my college decision! ??

Thompson said the family connection to Self was a major factor in his decision. “That factored in a lot because my dad’s in my corner, he was telling me everything about the coaches,” he said. “How they were good to him. It was a big part. I built that relationship over years. “He said it’s good. He said [Self] is going to push you and make sure he gets every last drop out of you but at the end of the day he’s going to love you like a son.” Thompson is ranked the No. 4 combo guard and the No. 19 player in the Class of 2020 per 247Sports.com. He joins center Gethro Muscadin in Kansas’ 2020 class. Asked what he’ll bring, he said, “Lots of leadership. I can get others involved. Also scoring the ball and just a player that wants to win.” Follow Adam Zagoria on Twitter And like ZAGS on Facebook