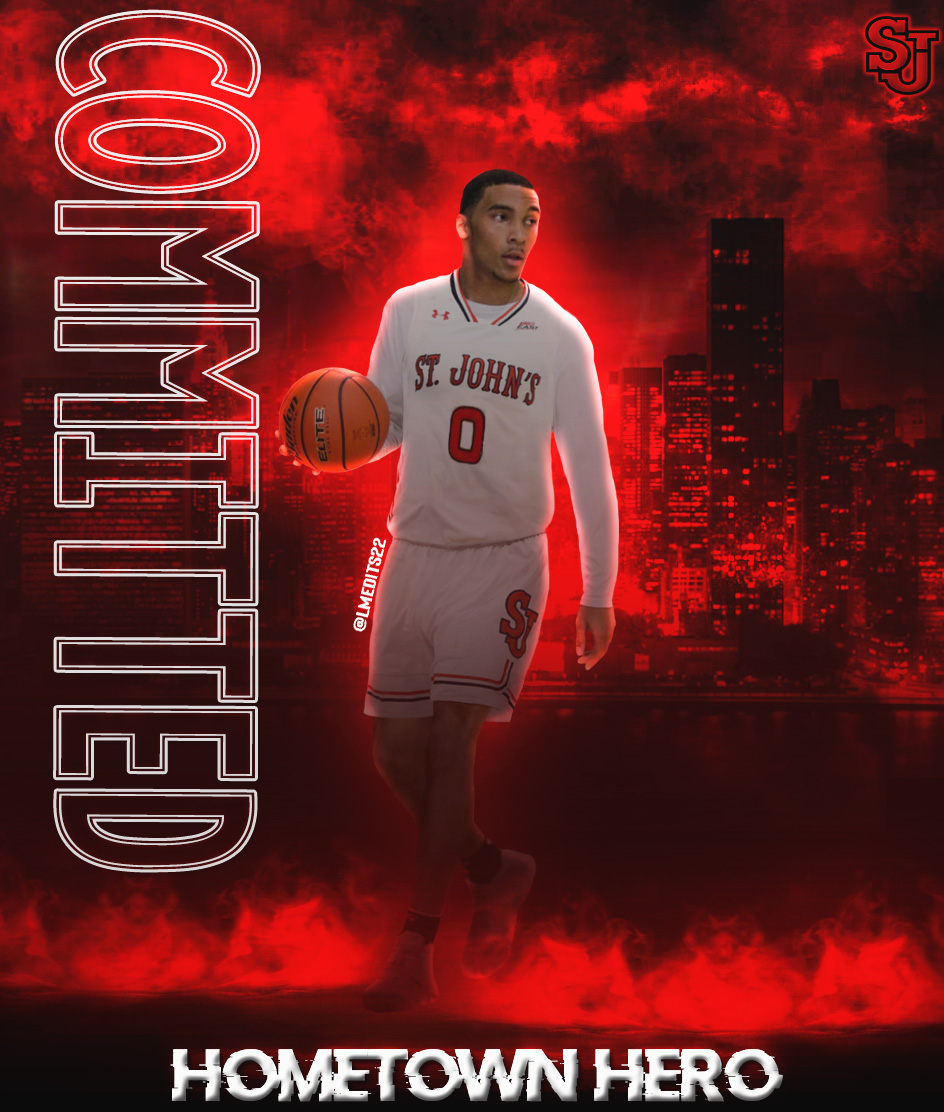 By ADAM ZAGORIA New St. John’s coach Mike Anderson has landed his first Big Apple recruit. Julian , the 6-foot-6, 210-pound wing from Bishop Loughlin High School in Brooklyn, committed to the Johnnies on Wednesday. He also considered Pittsburgh, Seton Hall others. “I picked St. John’s because it’s my home town and I think it’s time we put New York back on the map,” he told ZAGSBLOG. St. John’s later announced the signing on June 3. “Julian is the perfect player for the type of basketball we’re looking to play at St. John’s,” said Anderson.  “He’s a great athlete whose versatility and high basketball IQ will serve us well on both sides of the ball for years to come.  I’m very excited to welcome Julian to the St. John’s Basketball family.” A three-star recruit according to Rivals, Champagnie comes to Queens following a stellar high school career at Bishop Loughlin, the alma mater of numerous St. John’s greats, most notably Mark Jackson.  As a senior, Champagnie was named to the All-CHSAA “AA” First Team after averaging 17.2 points per game and 13 efforts of 20-plus points, helping the Lions post a 23-4 record.  The year prior, he poured in 15.0 points and grabbed 8.3 rebounds per contest en route to Third Team All-CHSAA “AA” honors. Champagnie is no stranger to St. John’s, as his father, Ranford, was a standout on for the Red Storm men’s soccer team in the mid-1990s.  He scored four goals and dished out eight assists during the memorable campaign of 1996, a season that saw St. John’s win its first ever NCAA Championship. Justin Champagnie, Julian’s twin brother, committed to Pitt in March, but the brothers will now play in different leagues. Both brothers reclassified to 2019 from 2020. “Julian’s greatest qualities are as a person,” said New Heights director Adam Berkowitz. “He’s a great leader and teammate and guys love playing with him. He is a dream to coach — humble and hard-working. On the court, his versatility sets him apart. He can guard multiple positions and on offense can play anywhere from shooting guard to power forward.” sees himself playing multiple roles at St. John’s. “I play multiple positions so I can bring lots of things,” he said. “They told me I would be playing anywhere from the 1-4 in position.” Anderson figures to recruit a mix of local and national kids after taking over for Chris Mullin April. is his first New York City recruit and joins point guard Johnathan McGriff of Maryland, and junior college forward Damien Sears of Western Oklahoma State College. St. a solid core including L.J. Figueroa, Mustapha Heron Greg Williams and transfers Eli Wright, David Caraher and Ian Steere. Follow Adam Zagoria on Twitter And like ZAGS on Facebook