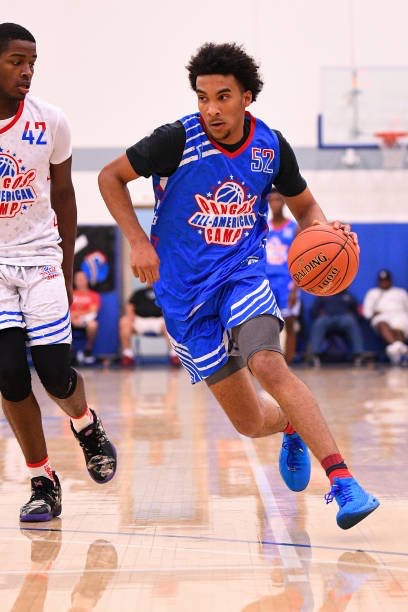 By RYAN McMULLEN Justin Champagnie, the 6-foot-5 small forward from Bishop Loughlin Memorial (NY), announced his commitment to Pittsburgh on Thursday morning. Champagnie picked the Panthers over Cincinnati, Dayton, Fordham, Rutgers, Seton Hall, and UConn. Jeff Capel and his staff are getting a small forward who has great all-around game. “Justin will bring a tremendous work ethic, toughness and confidence to Pittsburgh,” said Adam Berkowitz of the New Heights AAU program. “He can play and guard multiple positions and he is the ultimate competitor.” According to 247Sports, Champagnie is a four-star prospect, ranked No. 111 nationally, and is the No. 3 player in New York. He is the third commit for the Pitt’s 2019 class as he joined forces with four-star Gerald Drumgoole and three-star Karim Coulibaly. Justin’s twin brother, Julian, will reclassify to 2020 and expects to take a post-grad next season. Follow Ryan on Twitter Follow Adam Zagoria on Twitter And like ZAGS on Facebook