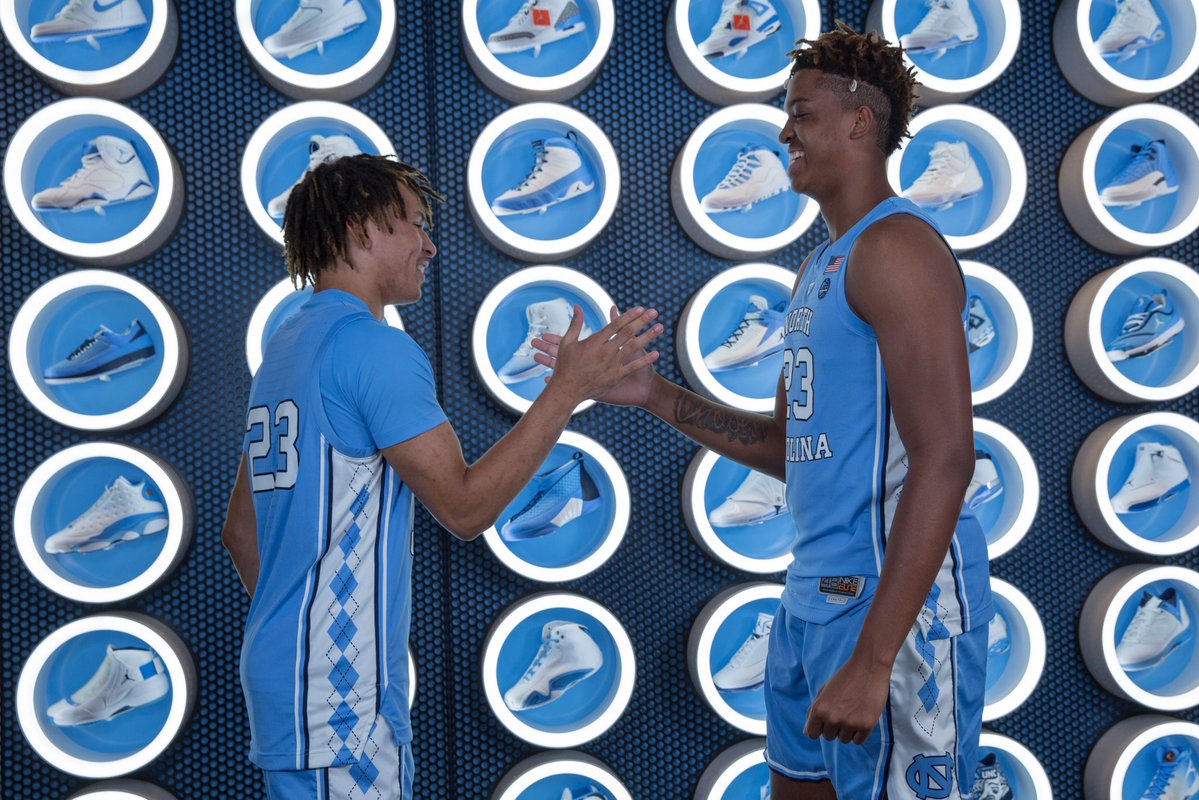 By ADAM ZAGORIA Armando Bacot is already headed to play at North Carolina next season. He would like for Cole Anthony to join him. If he does, Bacot believes they can accomplish great things. “We need [to] win a natty and we could be special,” Bacot said of his message to Anthony during their joint official visit to UNC this past weekend. The 6-foot-3 Anthony, the No. 1-rated guard in the Class of 2019 out of Oak Hill Academy (VA), took his second official to UNC this weekend following a recent visit to Notre Dame. Miami, Wake Forest and UCLA are among the other schools involved, but UNC and coach Roy Williams has been as consistent as any program for Anthony, the son of former NBA point guard Greg Anthony.   Williams met recently with Anthony’s mother, Crystal, in New York City. North Carolina assistant Hubert Davis played with Greg Anthony on the Knicks during the 1990s. Asked at the Peach Jam which of his classmates he might want to play with in college, Anthony listed Bacot, along with Kentucky-bound Tyrese Maxey, Villanova commit Bryan Antoine and uncommitted forward Matthew Hurt. “It went good,” the 6-foot-10 Bacot said of the visit. “I had a lot of fun they want me to come and in produce and want me and Cole to be big time players ASAP.” Anthony averaged  26.9 points, 7.6 rebounds, and 3.5 assists for the PSA Cardinals during the Nike EYBL regular season. In June, Anthony helped lead the USA U18 team to a gold medal at the FIBA U18 Americas Championship in Ontario, averaging 14.3 points and 4.2 assists. “He’s tough, he can really shoot the basketball, he can score,” Kansas and U18 coach Bill Self said. “He can certainly make plays for himself in the paint and I think he’s really getting better and trying to make plays for others, too. He was really close to having a lot of assists in the second half and for whatever reason, he was just a little bit off. But I think he’s really trying to be aggressive and still be a point guard. I think he’s got a pretty good balance of that.”
Follow Adam Zagoria on Twitter
And Like ZAGS on Facebook