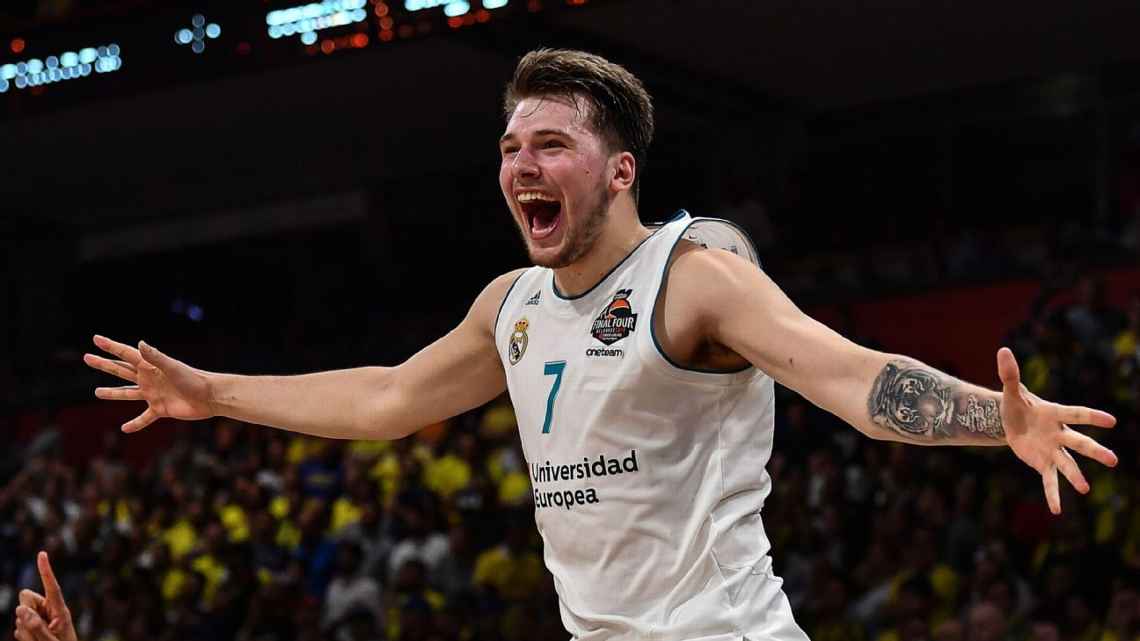 By ADAM ZAGORIA Luka Doncic, who has hinted he could remain in Europe and forego playing in the NBA, will announce his NBA decision “soon.” “I will tell about all at the right time,” he told ESPN’s Jonathan Givony in Belgrade, Serbia. “Right now I just want to celebrate with my team. Soon I will tell.” Doncic, 19, on Sunday was named MVP of the EuroLeague Final Four after going for 15 points, 4 assists and 3 rebounds as Real Madrid defeated defending Euroleague champions Fenerbahce 85-80 in the EuroLeague championship game. Doncic is the youngest MVP ever of the Final Four after also becoming the youngest MVP ever of the EuroLeague regular season. Doncic figures to be a top-3 pick in the June 21 NBA Draft, with former Arizona big man Deandre Ayton also in the mix for the top spot by Phoenix. Phoenix, which has a Serbian coach in Igor Kokoskov, could opt to take Doncic of Slovenia, who might be the most NBA-ready player in the Draft. He was Doncic’s head coach when he won the 2017 EuroBasket title. But as Givony previously pointed out, Doncic will have leverage here: by hinting he may remain in Europe, he could dictate what NBA team he ends up with, or he could even force a trade.

Here is Luka Doncic potentially planting the seed for what I talked about on the Woj podcast yesterday (https://t.co/313b9dvcSC). His representation has some very unique leverage to steer him to a specific destination, or even nudge a trade along, should they choose. https://t.co/K3FVw5EdRG

.@wojespn saying Luka Doncic agent Bill Duffy will head to EuroLeague Final Four on redeye tonight and reiterates that Doncic has leverage pre-draft to get picked by a team he likes b/c he could return to Real Madrid. https://t.co/axvYp2FxwT