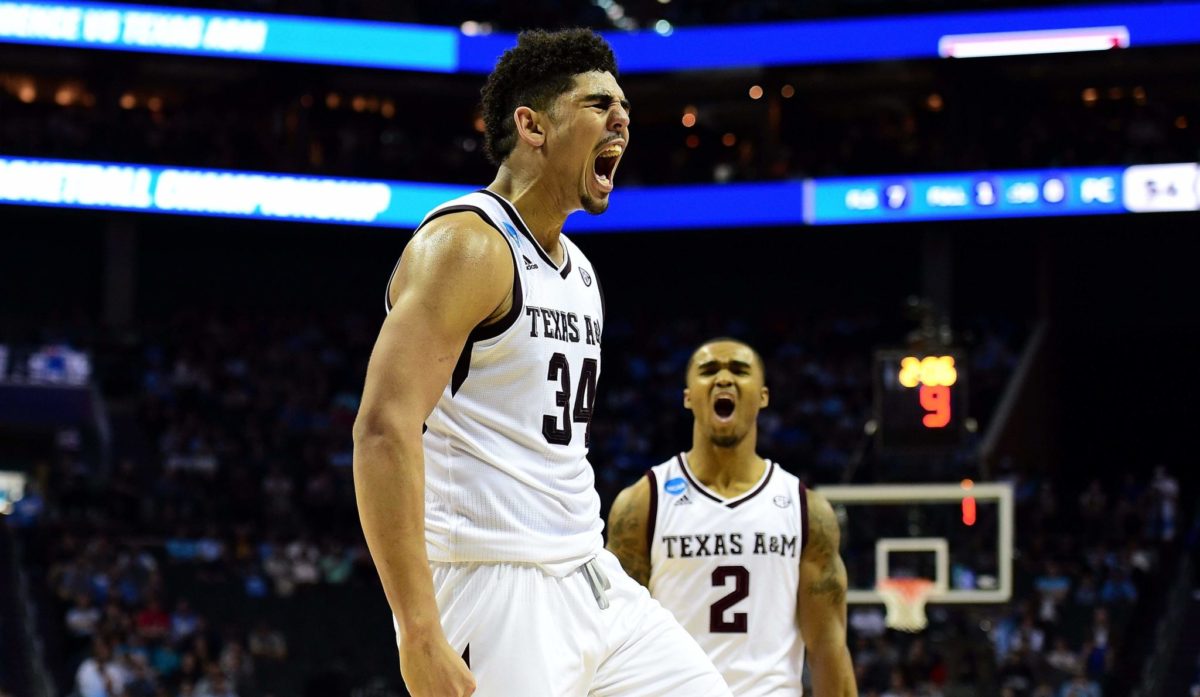 By ADAM ZAGORIA Texas A&M junior center Tyler Davis is expected to remain in the NBA Draft even though he’s not projected to get drafted. Sources say he will sign with an agent and attempt to make an NBA team if he’s not drafted. Otherwise, he could land overseas. Davis met last week with agents in Chicago during the NBA Draft Combine. “He’s going to try to play in the NBA next season,” a source close to Davis told ZAGSBLOG. The 6-foot-10 Davis averaged 14.9 points and 8.9 rebounds last season for an A&M team that reached the Sweet 16 of the NCAA Tournament, losing to Michigan. Junior forward D.J. Hogg previously announced that would remain in the draft and forego his senior season. Hogg averaged 11.1 points and 5.3 rebounds last season. Texas A&M sophomore forward Robert Williams, who averaged 10.4 points and 9.2 rebounds, is the projected No. 14 pick to the Denver Nuggets by ESPN.com, meaning A&M will lose three of their top four scorers from this past season under coach Billy Kennedy. And Like ZAGS on Facebook.

Phoenix Suns meet with Marvin Bagley III, say a 'handful' of players in mix for No. 1 pick