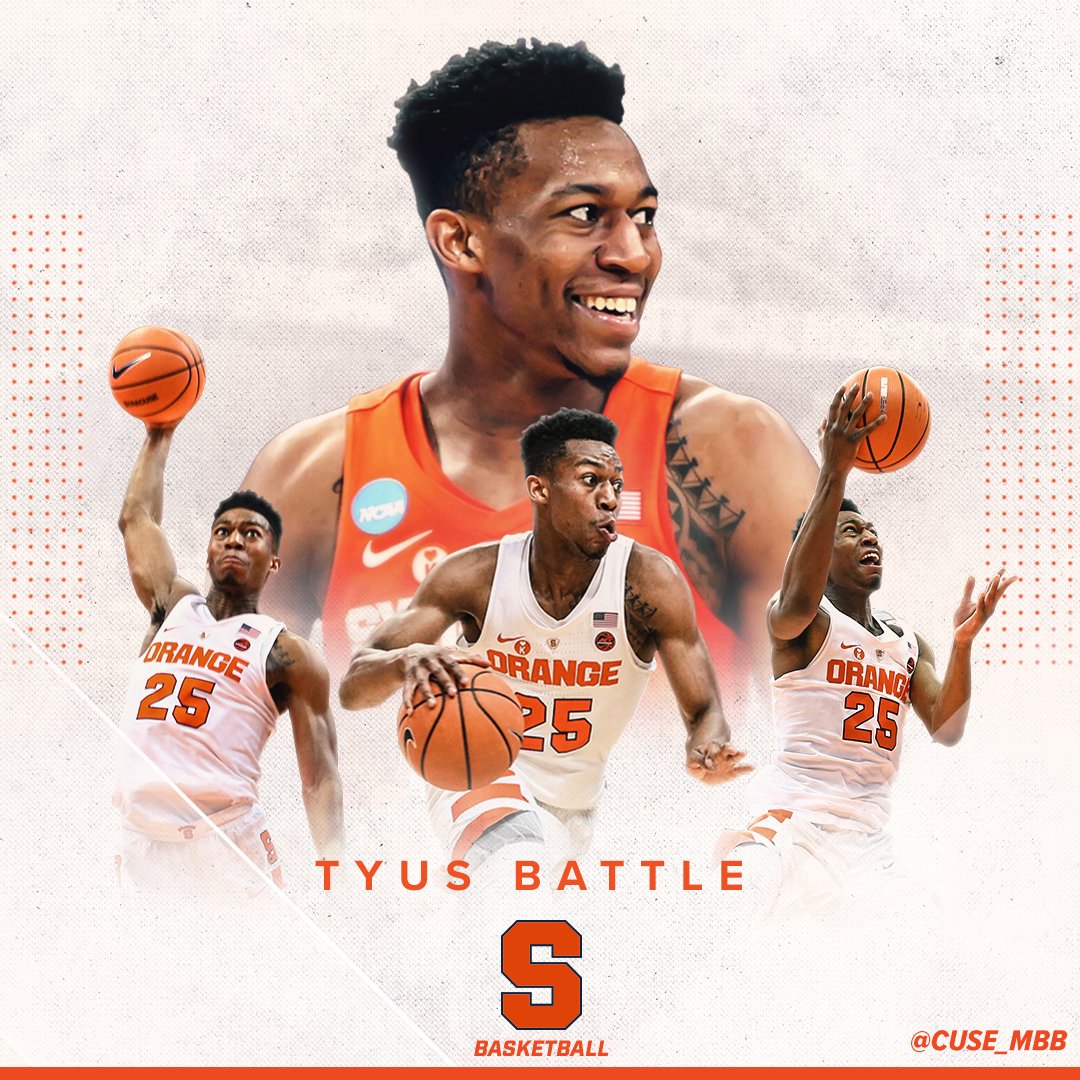 By ADAM ZAGORIA Tyus Battle, the Syracuse sophomore wing and former New Jersey prep star, will “likely” remain in the NBA Draft, a source close to the situation told ZAGSBLOG. The 6-foot-6 Edison, N.J., native has worked out for the Los Angeles Clippers, Brooklyn Nets and Orlando Magic, getting positive feedback. He’s also slated to work out for his hometown Knicks this weekend before the May 30 deadline to withdraw from the Draft. He’s currently testing the draft waters without an agent. Battle, who averaged 19.2 points, 2.9 rebounds and 2.1 assists last season, is currently projected as the No. 32 pick in the Draft, per the latest ESPN.com mock. “Testing is always smart, see if you can get in the Combine, see if how many workouts you can get and receive some feedback directly from teams,” one NBA scout said of Battle before he played at last week’s Combine. “It’s hard to gauge [where he might get drafted]. Off of his play at Syracuse, probably mid- to late-second but there’s a lot of knowledgeable basketball people that seem to believe he’s a much better player than he’s shown at Syracuse.”

If Battle, who has the option of graduating in three years, leaves campus, Syracuse will have lost both him and heralded recruit Darius Bazley, who opted for the NBA G League instead of going to Syracuse. Syracuse has a three-man recruiting class featuring New Jersey combo guard Jalen Carey, wing Buddy Boeheim and power forward Robert Braswell.