Villanova, Michigan both had more March wins at MSG than the Knicks | Zagsblog
Follow @adamzagoria 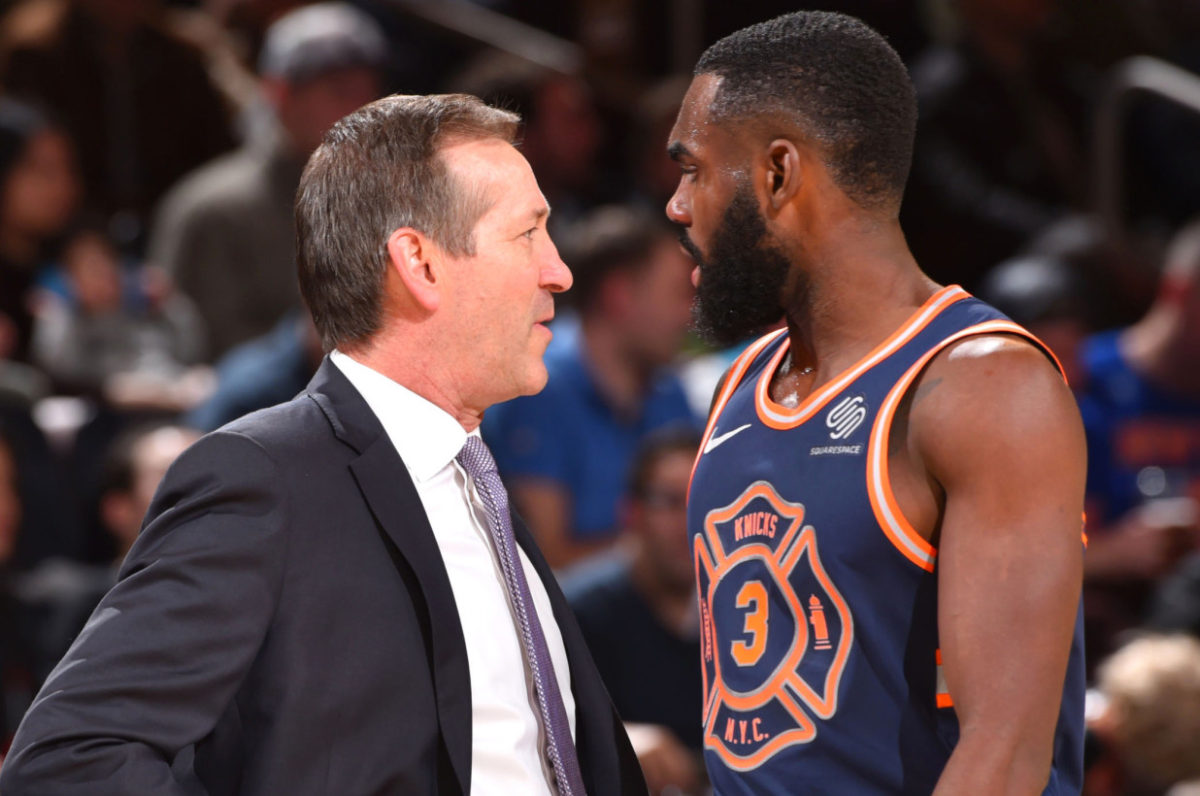 By ADAM ZAGORIA SAN ANTONIO — Villanova and Michigan will meet here Monday night for the NCAA championship. The Knicks will be done with their season on April 11 in Cleveland and won’t play a single postseason game. If you think the two are unrelated, think again. Villanova, based in Philadelphia, and Michigan, based in Ann Arbor, Mich., both still have more March wins at Madison Square Garden than the Knicks — the building’s main winter tenant for basketball. Since March 1, the teams have the following number of wins at MSG: Michigan – 4 Villanova – 3 Knicks – 2   Michigan, of course, won four games in four days between March 1-4 to capture the first Big Ten Tournament ever held at the Garden. They knocked off Purdue in the Big Ten title game on March 4, and then had to wait 11 days before their first NCAA Tournament game against Montana March 11. The week after the Big Ten, Villanova came into the Garden and won three games in three days, culminating with the Big East Tournament title over Providence in overtime on March 10. The Knicks, who feature former Wolverines Trey Burke and Tim Hardaway Jr., own two March victories at home — March 17 against Charlotte and March 19 against Chicago. It should be noted that Penn State, which won two games in the Big Ten Tournament, and then the NIT semis and finals at the Garden, also won four games in March at MSG. The Knicks are currently 27-50 and own the NBA’s ninth-worst record and a 6.1 percent chance of landing a top-3 pick in the NBA Draft. ESPN.com has the Knicks taking Alabama freshman guard Collin Sexton at No. 9, with Villanova junior wing Mikal Bridges going No. 10 to Charlotte, while Tankathon.com has the Knicks taking Bridges. Bridges will likely play his final college game here Monday night. And no matter what happens in the game, he’ll have more wins than the Knicks at the Garden since March 1. He’ll also have more wins in San Antonio than the Knicks this year, too. Photo: NBAE/Getty Images
Follow Adam Zagoria on Twitter
And Like ZAGS on Facebook

Villanova's Bridges and Brunson, Michigan's Wagner could soon be headed to the NBA