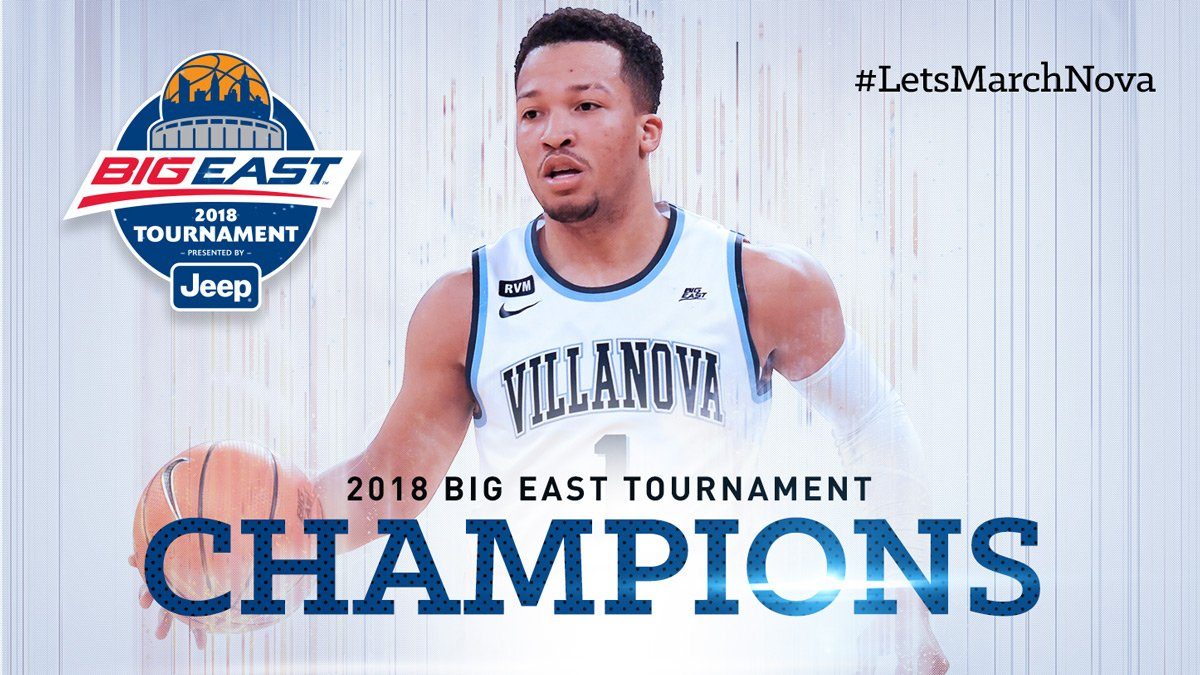 By ADAM ZAGORIA NEW YORK — Jalen Brunson and Villanova are once again the Kings of the Big East. Brunson went for career-high 31 points, 6 rebounds and 4 assists and Mikal Bridges scored 25 points as the No. 2-seeded Wildcats held off No. Providence, 76-66 in overtime, in the Big East championship game Saturday night at Madison Square Garden to win their second straight tournament title. As Bridges was named the Most Outstanding Player, Villanova fans chanted, “One more year” at the junior. It marks the third Big East Tournament championship in four years for Coach Jay Wright’s club. In 2016, they reached the final, losing to Seton Hall. With several NBA personnel on hand, including Knicks owner Jim Dolan, President Steve Mills and GM Scott Perry, Bridges, a projected lottery pick, scored six points in the extra period, including two huge three-pointers. Brunson added four points and an assist in the OT. “It was great, two teams going at it,” Brunson said. “I’m just happy my team got to stick together and really pull that one out.” It was Providence’s third straight overtime game at the Garden, including wins over Creighton and Xavier. Villanova Junior Eric Paschall was a monster on the boards with 13 rebounds and 7 points.

“We are trying to be the best thing we can be…”

Villanova (30-4) is expected to be a No. 1 seed in the NCAA Tournament come Selection Sunday. ESPN’s Joe Lunardi had the Wildcats along with Virginia, Kansas and Xavier as the top seeds entering Saturday.

Providence, which was seeking its third Big East Tournament crown, is a projected 10 seed, per Lunardi. Among the highlights of a tough, gritty, back-and-forth game was Providence coach Ed Cooley ripping his pants in the second half and covering them with a towel.

Providence Coach Ed Cooley is so into the Big East title game that he ripped his pants. pic.twitter.com/EX0oKmWhYL

Villanova’s two stars came up big in the championship game. Brunson and Bridges combined for 25 points in the first half as the Wildcats built a 31-27 lead. Alpha Diallo led Providence (21-13) with 22 points and 10 rebounds, including 11 points and 6 rebounds in the first half. Kyron Cartwright scored 15 of his 19 in the second half and OT for Providence, including a personal 8-0 run that brought the Friars within 51-49 with about nine minutes left. He also hit a fallaway jumper with 1:37 left to tie it at 58. Diallo gave Providence the lead on a layup off a pass from Cartwright that made it 60-58 with 40.7 seconds left. After two foul shots by Brunson tied it at 60, Cartwright missed a potential game-winning 12-foot jumper and the game went to extra time. Rodney Bullock added 10 points.