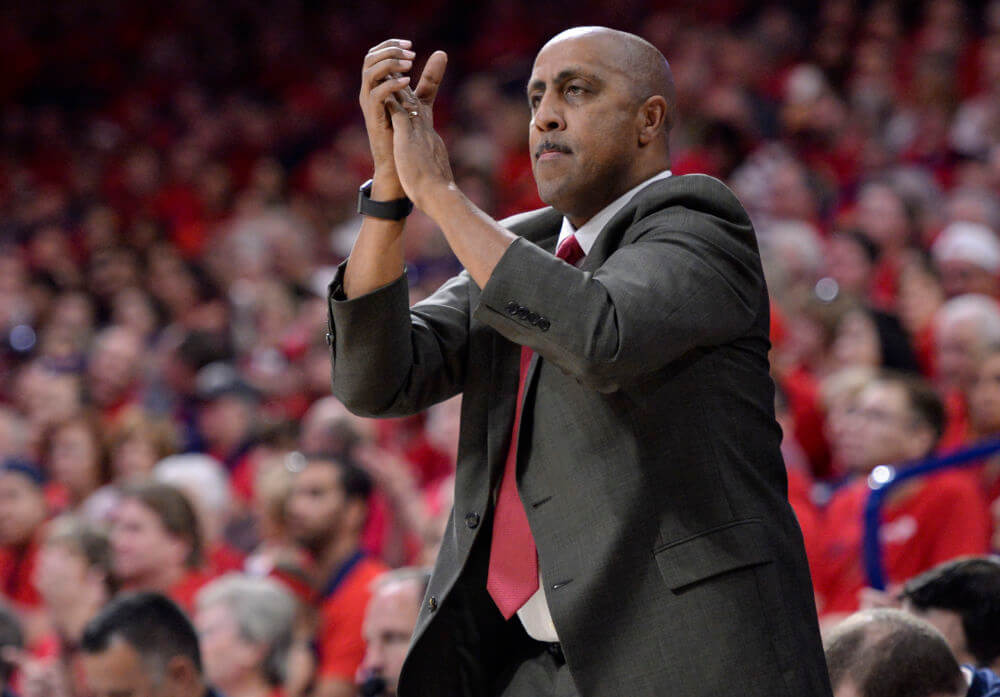 By JACOB POLACHECK Pepperdine is expected to hire Arizona associate head coach Lorenzo Romar as its next head basketball coach, per multiple reports. Romar is expected to remain with Arizona through the NCAA Tournament. Romar will be returning to Pepperdine after serving as the Waves’ head coach from 1996-98 in what was his first head coaching job. Prior to his original job with Pepperdine, Romar served as an assistant coach for UCLA from 1992-1996. Romar joined Sean Miller‘s staff at Arizona in 2017 after spending 2002-2017 as the head coach of Washington. In his 15 years with the Huskies, Romar had a record of 298–195, making it to six NCAA tournaments. He replaces Marty Wilson, who resigned prior to the end of the regular season. Pepperdine finished just 6-26 in 2017-18 with a 2-16 record in the West Coast Conference. Arizona won the Pac-12 Tournament title on Saturday evening, with a 75-61 win over USC, and is 27-7 entering the NCAA Tournament. Follow Jacob on Twitter Follow Adam Zagoria on Twitter

Here are the 68 teams in the Big Dance...and the NCAA Tournament bracket