Duke, UNC and Kentucky all lose as ranked teams for the 2nd time | Zagsblog
Follow @adamzagoria 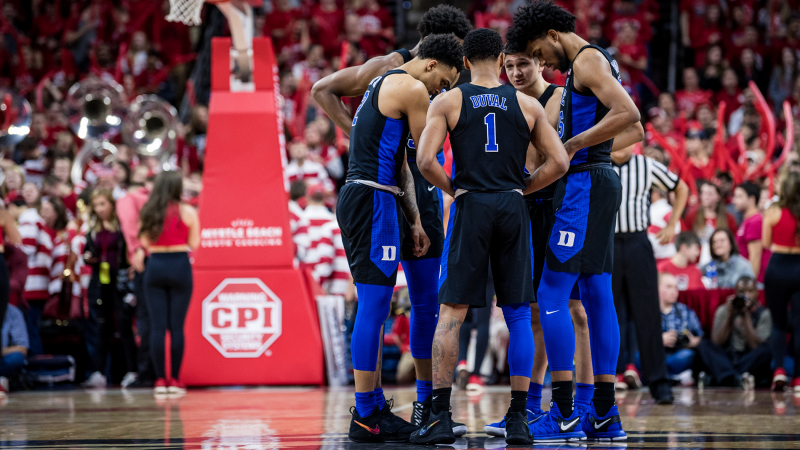 Saturday was a tough day for the blue bloods of college basketball. No. 2 Duke, No. 12 North Carolina and No. 17 Kentucky all lost as ranked teams for only the second time ever, per ESPN. The first was on Jan. 11, 1997, 21 years ago. “It was a big ole butt kicking. That’s all it was,” UNC coach Roy Williams said after the defending NCAA champions Tar Heels were manhandled by No. 8 Virginia, 61-49. “Their defense was a million times stronger than our offense. We didn’t have very good movement.”

No. 2 Duke lost at N.C. State, 96-85, despite 31 points and 10 rebounds from freshman star Marvin Bagley III. For the Wolfpack, it was their second win over a team ranked No. 2 this season, following a victory over Arizona in November. “I don’t know what my team learned, I know what I’ve learned,” coach Kevin Keatts said. “Every team that we play, I’m going to tell them they’re ranked No. 2 in the country.”

No. 17 Kentucky fell at Tennessee, 76-65, in a  game that was attended by Class of 2018 point guard Anfernee Simons, who is considering both attending college and entering the NBA next season. Expect a major shakeup in the AP Poll come Monday after No. 5 Xavier also lost at Providence, 81-72, No. 7 Oklahoma fell to No. 6 West Virginia, 89-76 despite 29 points, 5 assists and 3 steals from Trae Young, and No. 14 Arizona fell at Colorado, 80-77. The Buffaloes now have back-to-back wins over No. 4 Arizona State and No. 14 Arizona. Photo: Duke Athletics Follow Adam Zagoria on Twitter And Like ZAGS on Facebook