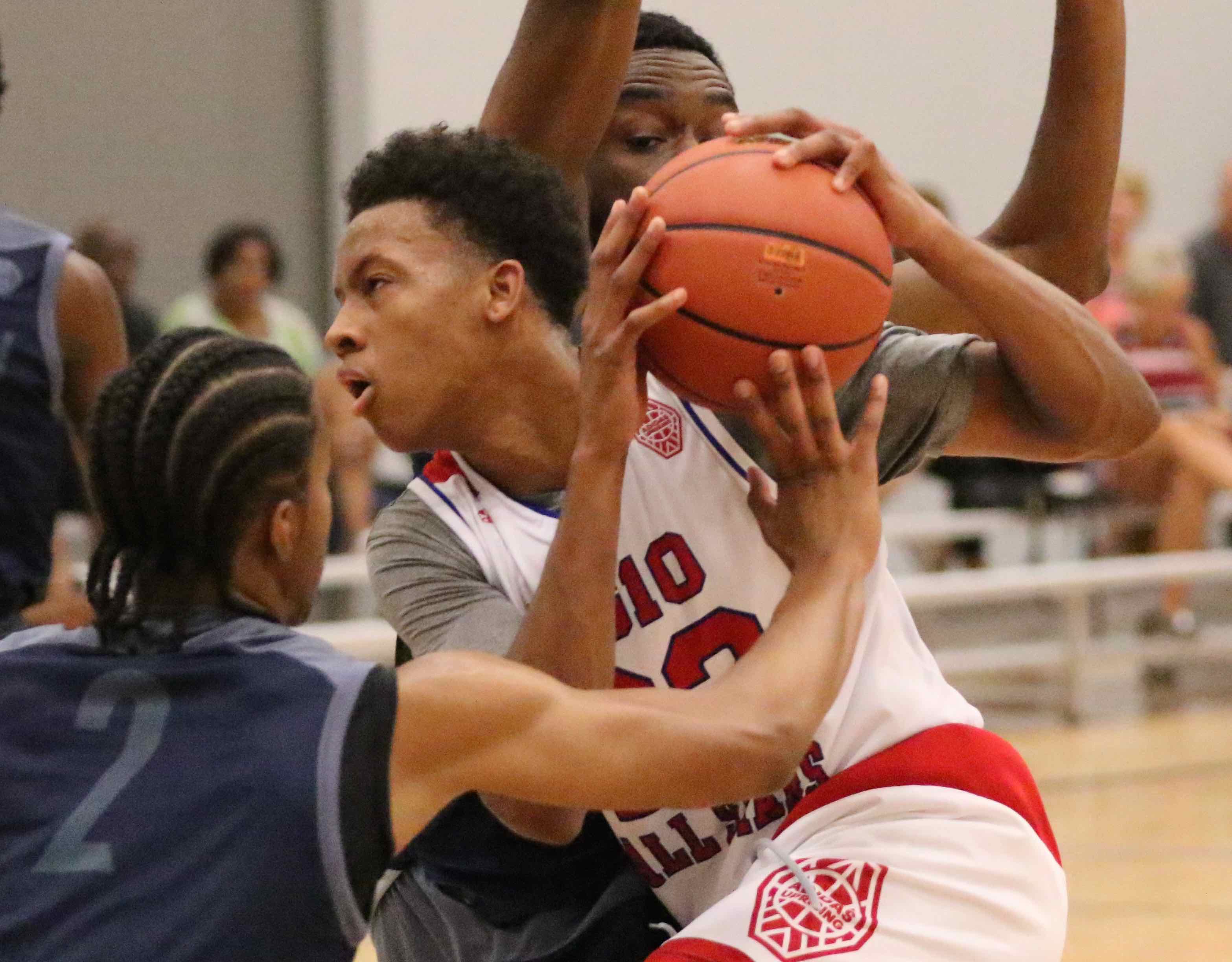 By JACOB POLACHECK Romeo Langford, the 6-foot-5 shooting guard from New Albany (IN) Senior High School, plans to cut his list to three in November, his father Tim told ZAGSBLOG on Monday. “The UCLA visit was good and it’s still six schools left until we make a cut in November,” he told ZAGSBLOG on Monday via text. “Just cutting the lists to three…not signing then.” With his third official visit to North Carolina coming up this weekend (Oct. 13), 2018 guard Romeo Langford spoke with Scout on Monday about his recruitment.

Langford has taken official visits to Vanderbilt (Sept. 22) and UCLA (Sept. 29) and has official visits planned to North Carolina and Kansas (Oct. 27), with an unofficial visit to Indiana planned for later this month (Oct. 21). He recently cut Louisville from his list amid allegations against the school. Kentucky is also included on Langford’s final list. “I took two officials so far to Vanderbilt and UCLA, I got one to UNC this week and then the Indiana Late Night and one more to Kansas,” Langford said. He then spoke individually about each school: Kansas: “Just their guards and the way Coach [Bill] Self uses their guards. I feel like I’d also fit well in with their system and the way he gets his guards ready for the NBA.” Indiana: “I like the way Archie Miller shows me the way he plays and coaches guards. I feel like I fit real well in with his system and just Indiana in general, since I’m from Indiana and the history they have.” North Carolina: “Just Roy Williams as a coach. He’s been a man of his word since day one. Always keeping in contact and just the way he coaches guys and his style of play.”

Langford also spoke about his two previous official visits: UCLA: “It was good. I was there by myself and I got to watch practice and got to see more of their coaching style and the way he practices and the way he teaches guys.” Vanderbilt: “It was good. Took a tour of the campus, we went to the football game, I didn’t get to watch practice because the season hasn’t started.” When it comes to making his college decision, Langford could be nearing a decision, as he said, “I will probably be making my decision after the season, but after my official visits if I feel like something hits to me then I might make it earlier.” Langford also spoke about the fact that he and 2018 point guard Darius Garland have many schools in common, as he said, “It’s kind of coincidence. We didn’t plan it but now we see that and we wouldn’t mind going to the same school.” Garland has a final four of Indiana, Kentucky, UCLA, and Vanderbilt. Garland also trips to Indiana later this month (Oct. 20). He also takes his UCLA official visit later this month (Oct. 28).