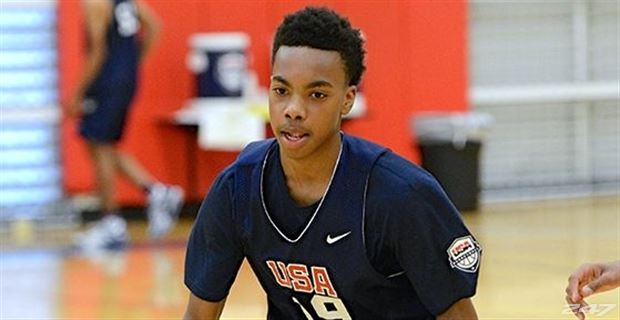 Garland’s father is former NBA player Winston Garland, who spent seven seasons with Golden State, the L.A. Clippers, Denver, Houston and Minnesota. He lived in Indiana until seventh grade, when the family moved to Nashville. Garland plans to take five official visits later this summer and and fall “but we don’t have any official dates yet.” “Duke, UCLA, Vanderbilt, Kansas, they all want to be first,” he said of his visits. “I don’t know yet, we’re still deciding.” Garland also mentioned that he would like to play in college with several other Class of 2018 guys, including Tre Jones, Cam Reddish, Romeo Langford and Marvin Bagley, who is currently on Duke’s campus.